Coal ash sites and hog farms are overflowing from Hurricane Florence, echoing the environmental chaos when chemical plants flooded during Hurricane Harvey. How can these such health risks be managed as hurricanes grow? 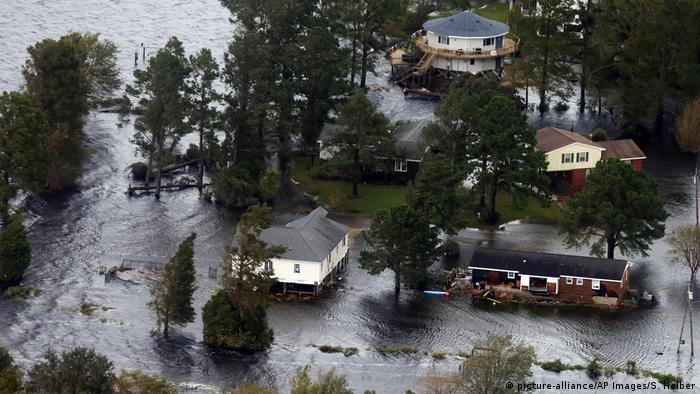 With flood waters still rising in parts of the Carolinas, concerns over what is in the water are growing.

With total rainfall of up to 36 inches (91 centimeters), Florence has killed at least 40 people, and cleanup efforts are estimated to cost at least $17 billion (€14.5 billion). But more than just homes and seaside tourist sites have been damaged by the storm.

Environmental hazards loom from overflowing industrial waste sites. It harkens back to the secondary mess left by Hurricane Harvey in Texas last year.

North Carolina is the second-largest hog farming state in the US. At the time of reporting, the state's Department of Environmental Quality says 31 swine lagoons (hog waste holding areas) have overflowed, six have incurred structural damage, and a further 99 are at risk of overflowing.

An estimated 5,500 hogs and 3.4 million chickens and turkeys have been killed by the storm. 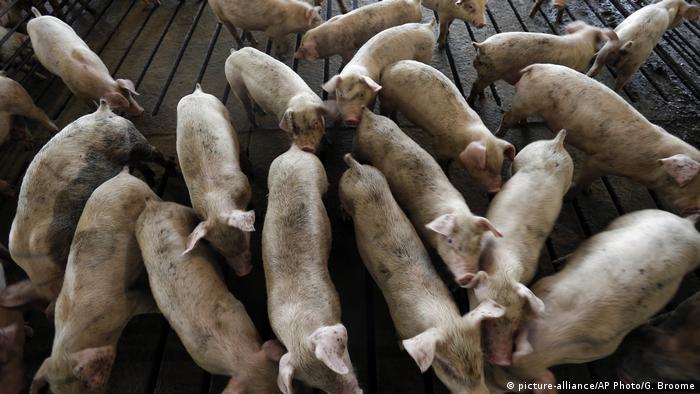 According to the company Duke Energy, coal ash leaked into local waterways including Sutton Lake from its LV Sutton Power Station, though Duke reports that it has since stemmed the leak.

"The general public should be aware of that elevated threat and take precautions," Will Hendrick, a staff attorney at the Waterkeeper Alliance in North Carolina, told DW. "Our primary concern right now is public health."

Sewage may be the kind of contamination that first comes to mind after intense flooding — but industrial waste poses a major threat.

Large-scale farms store hog manure, which holds dangerous bacteria like salmonella, in open lagoons. Such lagoons are designed to handle 19 inches of rainwater — but they're no match for a mega-storm like Florence.

Farms spread waste from lagoons on fields as fertilizer. But with little time for the soil to absorb the manure before storms hit, the waste mixes into floodwaters.

State inspectors have been able to visit the breached coal-ash landfill at Duke's Sutton power station and are awaiting test results to determine whether Duke Energy violated clean water rules.

Duke Energy said in a statement that "initial test results announced Wednesday demonstrate that lake water quality is good." State regulators and environmental groups have yet to verify these findings.

During Hurricane Harvey last year, the most notable incident occurred at a flooded chemical plant in Texas that released organic peroxides. These chemicals — used to make paint, plastic and medicine — then exploded.

At another chemical plant in Texas, half a billion gallons (1.89 billion liters) of industrial wastewater mixed with storm surge water, allowing toxic substances like vinyl chloride, butadiene, benzene, and other human carcinogens to enter neighboring areas.

Earlier this year, the Associated Press and the Houston Chronicle compiled government records revealing more than 100 instances of toxic discharges from chemical plants, refineries, and oil, gas and chemical pipelines due to Hurricane Harvey.

Only last month did environmental authorities begin enforcing action against some of the companies responsible for these plants. 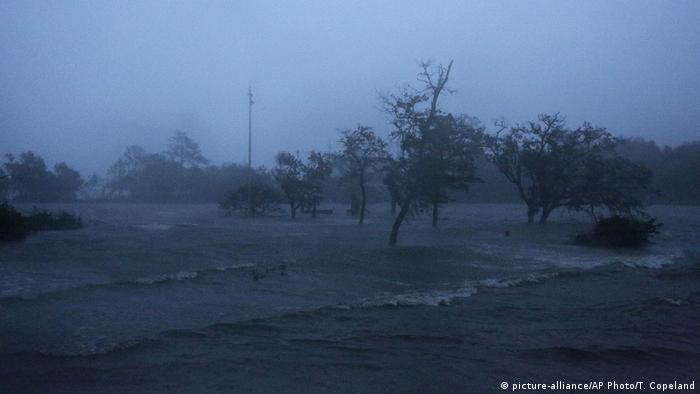 Speaking about hurricanes Harvey and Florence, Tom Knutson, a NOAA climate scientist specializing in hurricanes, told DW: "These storms traveled rather slowly over certain regions, so they were able to dump a lot of accumulated rain."

With a warming climate, hurricane rainfall is projected to increase by about 15 percent over the next century. Rising sea levels will also enhance storm surge.

Identifying vulnerabilities and establishing stronger regulations prior to major storms is one way hurricane-prone areas can prepare against future flooding.

"Duke Energy should never have dumped its coal ash into unlined pits, sitting in groundwater next to rivers throughout the state," Frank Holleman, a senior attorney at the Southern Environmental Law Center, told DW.

Holleman's colleague at the Southern Environmental Law Center, Geoff Gisler, suggests buyouts for the most vulnerable hog waste sites, as well as a move away from open lagoons.

The death toll from Hurricane Florence, which made landfall in North Carolina on Friday, has risen to 31. Authorities are warning that flooding could persist for several weeks in some areas with the "worst yet to come." (17.09.2018)

Seven people have been killed and more than 600,000 homes and businesses across North Carolina have lost power. Authorities warn of epic flooding, as the storm's effects will be felt for the next two days. (15.09.2018)