Landslides and rising floodwaters have caused more than 50 deaths in Guatemala, Nicaragua and Honduras. Central America was hit by Eta as category 4 hurricane, which has weakened to a tropical depression. 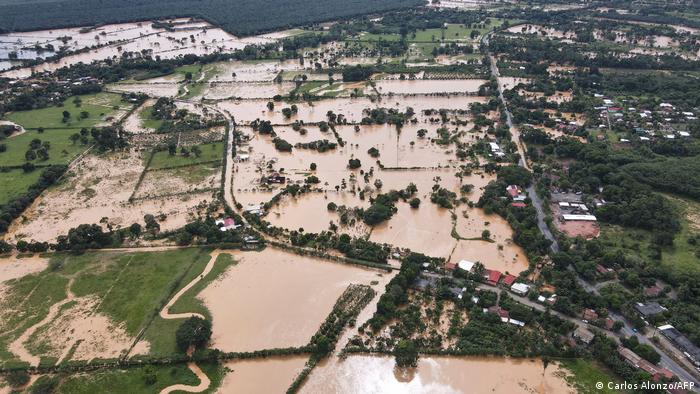 The death toll in Guatemala, Nicaragua, and Honduras as a result of flooding and mudslides caused by torrential rains from Hurricane Eta passed 50 on Thursday. Storms have battered Central America over the past two days.

Mudslides around the town of San Cristobal Verapaz, near the Guatemalan capital has buried about 25 homes. "Right now, we're trying to get there on foot because there's no other way," Giammattei said, referring to flooded roads in the town.

Two other landslides in Huehuetenango had killed at least 12 more, he said. 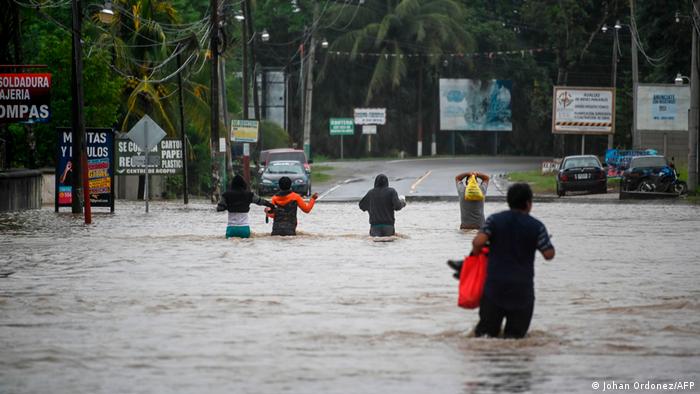 Residents walk in a flooded area in a village in Morales, Izabal, 220 km north of Guatemala City

The situation in Honduras...

Damage and destruction had spread across the "vast majority" of Honduras and speedboats and helicopters would be sent to rescue people in inaccessible areas, Hernandez added. 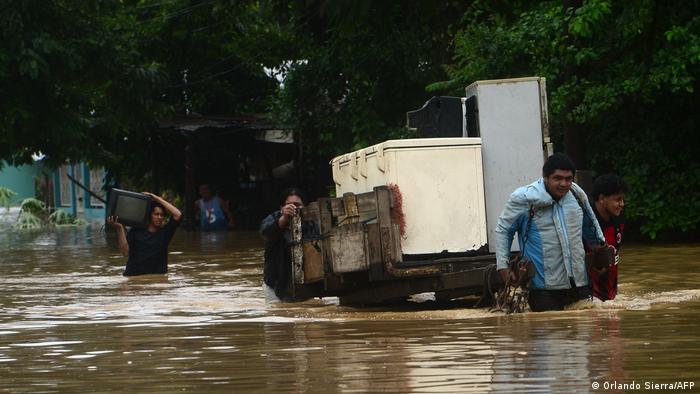 Two miners were reported to have died in a mudslide in Nicaragua and eight people have been reported missing in Panama.

Eta, one of the fiercest storms to hit Central America in years, tore into Nicaragua on Tuesday as a Category 4 hurricane but has since weakened to a tropical depression.

The storm was forecast to head toward Cuba and possibly into the Caribbean by early next week. Heavy rains continued, and the storm's sustained winds up to 35 mph (56 kph).