Hunting the leopard at the Locarno Film Festival

The renowned festival on Lake Maggiore takes place for the last time under the direction of Carlo Chatrian, who has curated a humor-filled program for 2018. German films are contenders in Locarno's various competitions.

As they do with Cannes, Berlin and Venice, filmmakers and film fans worldwide flock to Locarno every year. In the evenings on the impressive Piazza Grande, the lovely little city in the Italian speaking region of southern Switzerland boasts spectacular open-air screenings with 8,000 spectators watching one of the world's biggest movie screens.

This year 17 films are scheduled at that central square. Nine are world premieres and thus in contention for the prestigious audience prize. Fifteen movies and documentaries from various countries compete for the Golden Leopard, the festival's top prize, whose jury is chaired by Jia Zhangke, director of the film Still Life. 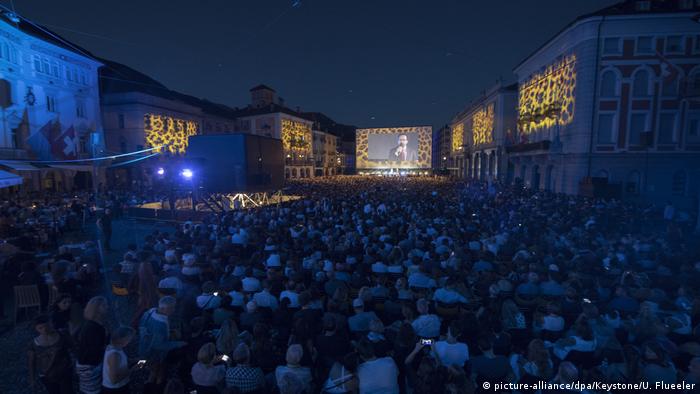 With their breathtaking backdrop, outdoor screenings at the Piazza Grande are much loved by audiences

From August 1-11, 2018, Artistic Director Carlo Chatrian's team presents a program that is "lighter and freer" than in past seasons. Laughter is encoraged to counteract the "contemporary thunder" that Chatrian discerns in the current state of the world. Opening the film festival is the French comedy Les Beaux Esprits by Vianney Lebasque and Liberty, the 1929 silent movie with slapstick stars Stan Laurel and Oliver Hardy. The director, Leo McCarey, had a great Hollywood carreer from the 1920s to the 1950s and is the subject of a festival retrospective with an astonishing 109 films.

International highlights include Ying Liang's semi-autobiographical film A Family Tour and Kent Jones's baby-boomer drama Diane, which took the main prize at the Tribeca Film Festival in New York. Winning a lifetime achievement award in Locarno, Frenchman Bruno Dumont presents the world premiere of his series CoinCoin et Les Z'Inhumains (CoinCoin and the Extra Humans). The Italian Taviani brothers are honored as well, among other things with a special screening of Good Morning, Babylon. 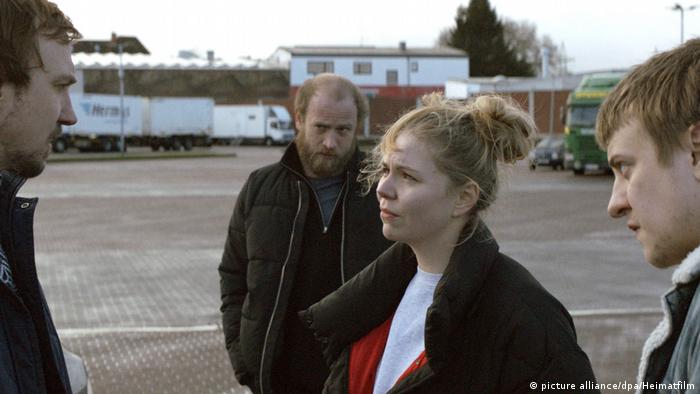 In the tragicomedy Was uns nicht umbringt (What Doesn't Kill Us), director Sandra Nettelbeck, famous for Mostly Martha, tells the tale of a no longer young man in crisis. Nettelbeck and her main actors Barbara Auer, Sophie Rois and August Zirner will personally present her new film at the Piazza Grande.

In her movie debut Alles ist gut (All Good), the young director Eva Trobisch illuminates the travails of a young woman trying to reorganize her life after being raped. The film has been entered in the competition section for young filmmakers.

Read more: Why German film lacks guts in Locarno in 2017 — despite mountain perils and adultery

Hollywood glamour and goodbye to Chatrian

Many say Locarno's special charm is the balance of serious art and entertainment, the glamour factor being secondary — summed up in the festival motto, "Here the films are the stars".

A Hollywood breeze does waft through the Swiss mountains, however, when US star actor and director Ethan Hawke presents his new film Blaze and when the festival recognizes American actress Meg Ryan with the Leopard Club Award for her contribution to film history. Famous examples include her starring roles in the international blockbusters When Harry Met Sally (1989), Sleepless in Seattle (1993) and You've Got Mail (1998) — all of which became cult films through her unique combination of inspired performance, beauty and irony, the festival's organizers said. 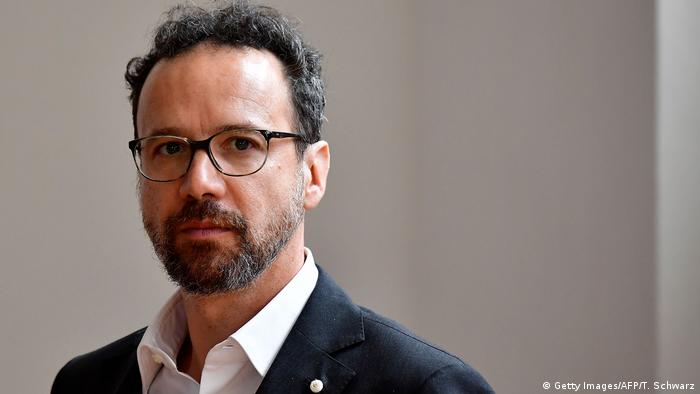 Carlo Chatrian, artistic director of the Locarno Festival since 2012, moves to Berlin in 2019

Bidding farewell this season is Carlo Chatrian, festival director since 2012. Going forward, he will co-head the Berlinale festival together with Mariette Rissenbeek from 2019, succeeding the German festival's current head, Dieter Kosslick,

Chatrian told the German Press Agency that his last season at Locarno would feature movies "concentrating on personal stories."

Following Cannes, Berlin and Venice, the Locarno festival, founded in 1946, is one of the world's most prominent forums for the art of moviemaking. On August 5, 2018, it takes an important step into the future by signing the Charter for Equality and Diversity, pledging to immediately keep count of gender ratios among film directors. Locarno is the first festival after Cannes to sign the charter.

Charlize Theron is expected to show and Adrien Brody will win an honorary Leopard at Switzerland's Locarno Festival. The few German film entries explore freedom and the perils of nature - both millennia ago and today. (01.08.2017)

The lure of the Locarno Film Festival

A movie about a sports scam, a retrospective and special honors for a Hollywood actress: The 2018 Locarno Film Festival is sure to draw the crowds. The city's Piazza Grande square is one of the more spectacular venues. (02.08.2018)