Nationalism is on the rise in Hungary. The works of a far-right poet are to be taught in schools, while his remains are to be buried in his hometown in neighboring Romania - against the will of the Romanian government. 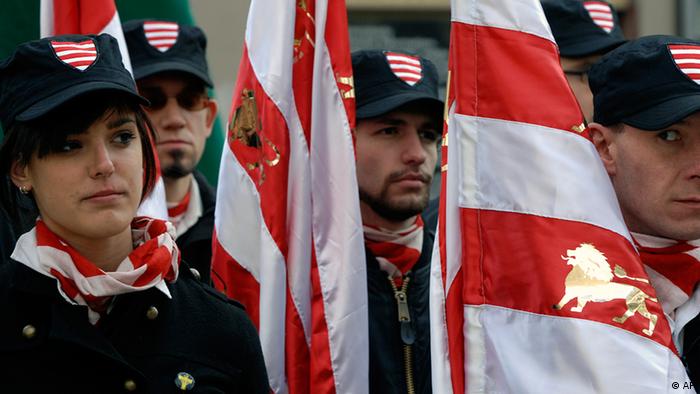 Jozsef Nyiro was born in 1889 in Szekler Land, a Romanian region of Transylvania, which at the time was a part of Hungary. He was not only a simple "blood-and-soil" poet, but one of the leading cultural ideologues during the rule of Hungary's national socialist Arrow Cross Party from October 1944 to March 1945, when tens of thousands of Jews were massacred or sent on death marches.

Nyiro served in the Arrow Cross Party's parliament, and he remained faithful to Ferenc Szalasi's fascist regime up to the end of the World War Two. After 1945, he was hunted as a war criminal by both Hungary and Romania, but he was able to flee to Germany and then to Franco's Spain in 1950. Today, his works are compulsory reading for Hungarian school children.

The Romanian government recently banned a re-burial ceremony in his honor. According to Romanian Prime Minister Victor Ponta, the decision was issued in order to prevent the poet's grave from becoming a pilgrimage spot for far-right extremists. 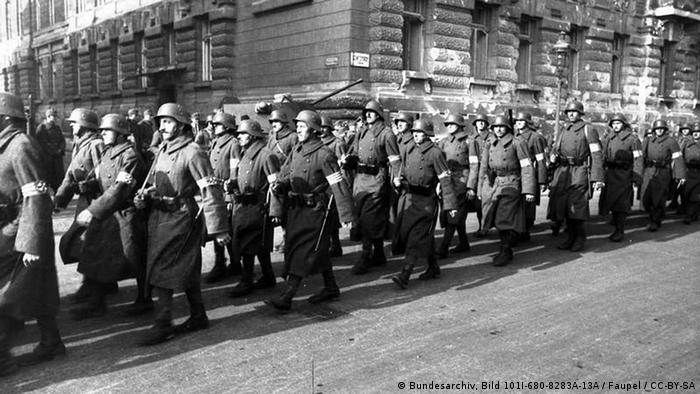 In its place, an ecumenical service was held on Pentecost Sunday at the poet's birth place, attended by the Hungarian State Secretary for Culture Geza Scocs and Parliamentary President Laszlo Kover. The latter declared that the planned re-burial would take place sooner or later, even if was against the will of the "uncivilized, hysterical, paranoid, barbaric" Romanian government. He added that the people, "who had a son whose ashes were feared," would be "victorious."

Szocs has since admitted, in online Hungarian publication index.hu, that the urn containing the fascist poet's ashes had been smuggled into Romania. He said that despite the conspiratorial operation, "nothing illegal had happened," but that he no longer knew the ashes' location.

The planned re-burial of Nyiro's remains is part of Hungary's recent nationalist renaissance, successfully driven by the country's far-right, and it now boasts the whole-hearted support of Hungarian Prime Minister Viktor Orban and his conservative nationalist Fidesz party. 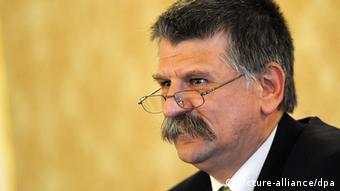 Orban is re-assessing relations with those neighboring countries that still have significant Hungarian minorities: Slovakia, Serbia, and Romania. After two decades of working to re-establish friendly relations while still attempting to gain better rights for minorities, Fidesz is now following a new revisionist policy. At least for now, the party is unlikely to risk the taboo of renegotiating borders - or revising the 1920 Treaty of Trianon where Hungary lost two-thirds of its territory - but it is significant that Fidesz, more than any other post-communist Hungarian government, is emphasizing the unity of all Hungarian people in the region.

Hungarians everywhere are being reminded of their "holy duty" to their nation - either through the "Day of National Solidarity" on June 4, meant to commemorate the "tragedy of Trianon," or through the new constitution - which came into force at the start of the year - or in the controversial media law.

At the same time, Orban is intervening in domestic politics in Slovakia and Romania by supporting the Hungarian minorities there - often by helping them to re-found parties. In some instances, like the aborted burial of Nyiro, Fidesz politicians indulge in more or less open electioneering in their neighboring country.

Romaniais holding municipal elections on June 10, when the Romanian-based Hungarian minority party MPP hopes to overtake the more moderate Democratic Union of Hungarians (RMDSZ). For many years, the centrist RMDSZ was the only political representation of Romania's Hungarian minority. It even took part in several government coalitions between 1996 and 2010. 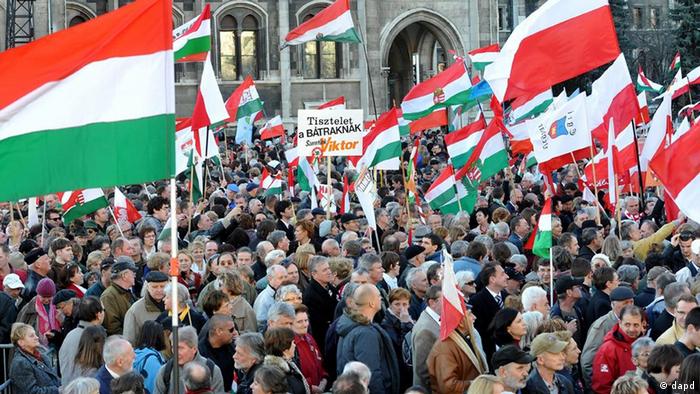 Hungary is about to celebrate a day of national solidarity

Parallel to this political revisionism, Hungary is also in the process of rehabilitating Miklos Horthy, who governed the country from 1920 to 1944 with an authoritarian, ultra-conservative clerical regime. Horthy, a notorious anti-Semite, was responsible for the deportation of over 400,000 Hungarian Jews in the spring and summer of 1944 - they were eventually murdered in Auschwitz. Now new plaques and statues are to be unveiled in his honor.

But the success of this new nationalist, revisionist line remains in doubt. Hungary has become isolated in the EU, where the country is considered a destabilizing force in central and southeastern Europe. On top of that, Orban and his party may have permanently weakened the representatives of Hungarian minorities in those neighboring countries.

The Hungarian Coalition Party (MKP), supported by Fidesz, failed to enter the Slovakian parliament in a recent election there. As a consequence, the Hungarian community's political representation in Slovakia sank from 14 percent to 9 percent. 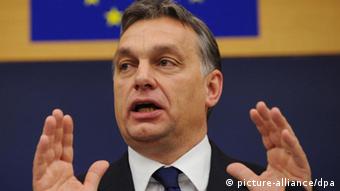 Orban has isolated Hungary in the European Union

The Hungarian minority in Romania faces an even bigger disaster in November's parliamentary election. Around 400,000 Hungarians have left Transylvania in the past two decades. As a consequence, the community's political representation could diminish to the minimum of mandatory delegates that every minority in Romania is entitled to.

Not only that, but no fewer than three Hungarian parties are standing in the election, and the number of Hungarian votes will barely be enough to allow one of them to clear the 5 percent hurdle necessary to enter parliament.

But perhaps, viewed cynically, this is precisely Orban's plan - to encourage as many disenfranchised and disappointed Hungarians to return to Hungary as possible. That would secure Orban's party a stable and long-term voter base. It would also ease Hungary's chronic demographic problems, without relying on the immigration of non-Hungarians.

Eurozone candidates are not yet fit to join

None of the eight countries currently aspiring to adopt the single euro currency in the years ahead are meeting the criteria to do so. A fresh ECB report points to numerous incompatibilities still at hand. (30.05.2012)

The Hungarian parliament has amended a media law to restore a journalist's right to protect sources. However, it seems unlikely that the changes will be enough to satisfy the conservative government's critics. (24.05.2012)

An ethnic Hungarian football club is thriving in Slovakia's top-flight league, thanks partly to funding from the Hungarian government. DW visited the club, DAC, as they faced off against rivals Slovan Bratislava.

The West is arguing about how best to deal with Russia, and NATO member states from Croatia to Turkey are central to these deliberations. Some in the region have expressed forceful — and conflicting — views.