Gunmen have attacked a prison in the east of the Democratic Republic of Congo (DRC) freeing hundreds of inmates and rebels. It is the third major prison break in the country in the past month. 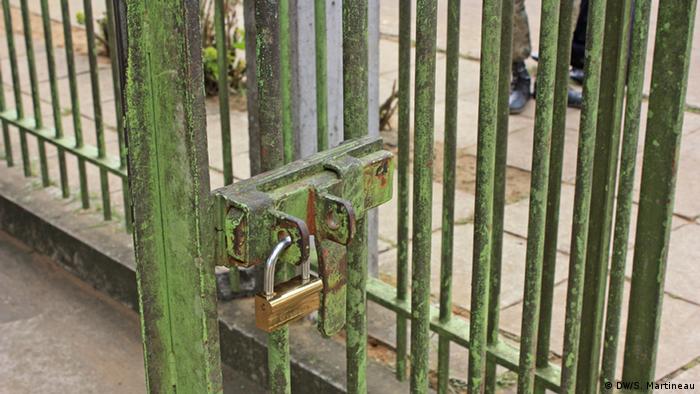 More than 900 inmates escaped from a prison in the eastern North Kivu province on Sunday after armed assailants stormed the building, the governor of the province said.

Eleven people, including eight security officers, were killed in an exchange of gunfire at the Kangwayi prison in Beni, North Kivu Governor Julien Paluku told reporters.

"Of the 966 inmates who were in the prison, there are still 30 detainees left, which means that more than 930 prisoners have escaped," he added.

Beni and the neighboring town of Butembo have been put under curfew. "Only police officers and soldiers should be out from this time," the governor said.

Scores of armed groups operate in mineral-rich eastern Congo, with at least 70 in North and South Kivu province alone, according to the US-based Congo Research Group.

Located near the border with Uganda, Beni and surrounding areas have witnessed a spike of violence in the past several years by the Allied Democratic Forces (ADF).

Many of the inmates freed from Kangwayi were captured ADF fighters on trial for violence that has killed more than 700 civilians since 2013.  More than 60,000 people have been displaced due to fighting and looting.

According to the UN, the ADF has engaged in numerous violations of human rights law including recruitment of child soldiers, abduction, murder, maiming and rape.

The Muslim rebel group first emerged in western Uganda in the 1990s before becoming active in North Kivu province.  ADF founder and leader, Jamil Mukulu, was arrested in Tanzania in 2015 and subsequently extradited to Uganda to face trial.

Some intelligence sources have suggested the ADF has links to Somalia's al-Shabaab.

Third jailbreak in a month

Sunday's jailbreak is the third to hit the DRC in the past month.

On May 19, dozens of prisoners escaped from a prison in Kasangulu, about 40 kilometers (25 miles) west of the capital Kinshasa.

Two days earlier, armed militia members belonging to the Bundu dia Kongo (BDK) religious-political sect freed the group's spiritual leader and dozens of prisoners from an overcrowded Kinshasa prison.  BDK seeks to restore a pre-colonial kingdom in the western part of the country, as well as parts of Angola and Gabon.

Kabila should have stepped down in December under a constitutionally mandated two-term limit.

Elections are now scheduled to take place at the end of this year under a power-sharing agreement. But the opposition questions whether Kabila will yield power.

Earlier this month, Kabila hinted that he would not follow through with the deal.

"I have not promised anything at all," Kabila told the German magazine "Der Spiegel" in an interview. "I wish to organize elections as soon as possible. We want perfect elections, not just elections."

The Ugandan army says the search for fugitive Lord’s Resistance Army warlord Joseph Kony will continue despite the US withdrawing its forces. Uganda’s military also hailed the surrender of a senior LRA commander. (30.03.2017)