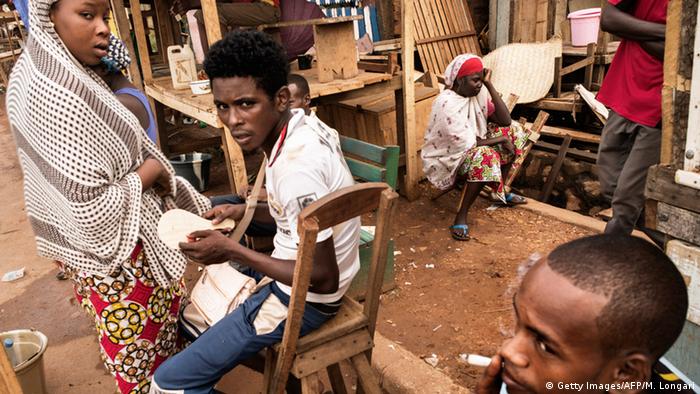 The killings reportedly took place in the capital Bangui

According to Human Rights Watch, the CAR's director of the Central Office for the Repression of Banditry (OCRB) Robert Yekoua-Kette was directly responsible for shooting dead one of the victims, and was also implicated in 12 other cases.

Yekoua-Kette told HRW that his men operated within the law. He has since been removed from office. HRW recommended that authorities in CAR should put him on trial. The prior OCRB director was also implicated in 13 incidents of extrajudicial executions.

"The government was right to remove Yékoua-Ketté as the first step in addressing impunity, but residents saw him and his men kill people in broad daylight," Mudge added.

The OCRB has previously been implicated in a series of unlawful detention, torture, and extrajudicial killing cases.

In addition to the 18 documented executions, HRW also received "credible information" about 12 other cases, including reports of a 14-year-old boy named Samson Ndakouzou being shot dead after being accused of stealing.

Although some of the victims may have been implicated in criminal activity, the circumstances of their arrests or killings did not justify the use of lethal force, according to the HRW report.

HRW said that the human rights division of the United Nations peacekeeping mission in the Central African Republic, MINUSCA, has investigated killings by the OCRB since March 2015 and raised the issue repeatedly.

The Central African Republic was plunged into martial law after Muslim Seleka rebels overthrew Christian president Francois Bozize in March 2013. The situation in the poverty-stricken nation has somewhat stabilized since a new government was elected in February 2016.

President of the Central African Republic, Faustin Touadera, has appointed both political allies and former rivals to a new government as the country struggles to return to normalcy after years of sectarian bloodshed. (12.04.2016)