The European Court of Human Rights is set to rule on a $98 billion claim against Russia by bankrupt oil company Yukos. Former executives say the company was broken up illegally by the Kremlin. 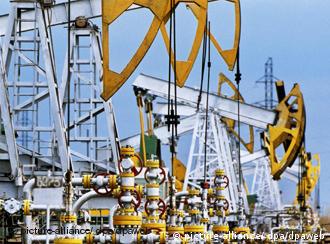 The European Court of Human Rights on Thursday began hearing a $98 billion (71.7 billion euros) claim against Russia by the executives of bankrupt oil company Yukos.

The oil firm, once the largest in Russia, declared bankruptcy in 2006 after a multi-billion-dollar back-tax claim. Former executives say the company was broken up illegally by allies of then President Vladimir Putin in an attempt to consolidate his authority over Russia's influential tycoons.

"This is a landmark moment in the seven-year Yukos case," said Claire Davidson, a spokeswoman for the plaintiffs in Strasbourg. "It is the first time that the Russian Federation and Yukos oil company will come face to face in an independent court to address the world's largest allegation of expropriation."

Russia will be legally obliged to follow the court's rulings. The Council of Europe will be able to apply diplomatic pressure to ensure Russia pays any settlement, but is unable to seize assets.

Mikhail Khodorkovsky, former Yukos owner and Russia's richest man, is now serving an eight-year prison sentence for fraud and tax evasion. In an article in Wednesday's edition of Nezavisimaya Gazeta, he said Russia's justice system is a conveyer belt of guilty verdicts for anyone the state considers a threat.

Putin has said the trial was fair, as Khodorkovsky made his fortune by illegally grabbing state assets and avoiding tax in the 1990s.