HRW calls on Indonesia to scrap ′virginity tests′ for female police | Asia| An in-depth look at news from across the continent | DW | 24.11.2014

Human Rights Watch has condemned Indonesia's use of "virginity tests" to filter female police applicants. The group's Andreas Harsono says some officials claim they want to get rid of "prostitutes" among the applicants. 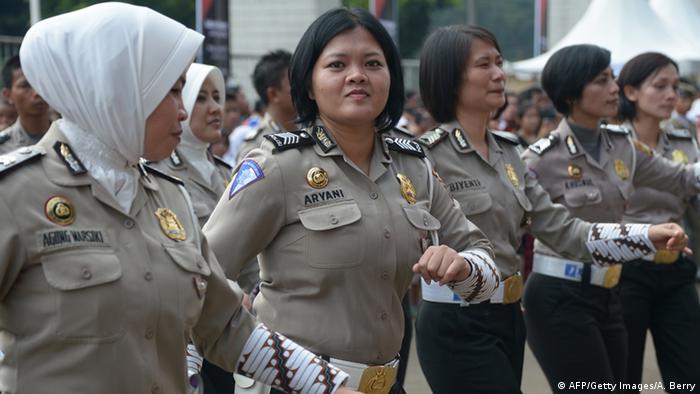 In a report published on November 18, Human Rights Watch (HRW) accuses the Indonesian government of subjecting women applying for Indonesia's National Police to discriminatory virginity tests. Based on interviews with both female police and police applicants in six Indonesian cities who had undergone the test, the report describes the practice as "painful and traumatic" for the women.

The test is done early in the recruitment process as part of the applicants' physical exam. Personnel from the Police Medical and Health Center conduct the tests primarily in police-operated hospitals.

The report claims that the examination has included the "two-finger test" to determine whether female applicants' hymens are intact. It also argues that the practice contravenes National Police principles which state that recruitment must be both "nondiscriminatory" and "humane."

In a DW interview, Andreas Harsono, Indonesia researcher at HRW, says some police doctors and officers claim these tests are needed to "check the morality of the recruits."

DW: Why is the Indonesian police still conducting virginity tests on female recruits?

Andreas Harsono: The so-called "virginity test" has been in practice for a long time. We interviewed a retired policewoman who said that her 1965 class had been tested. We also found that several policewomen had protested the practice in the late 1980s as well as the late 1990s. 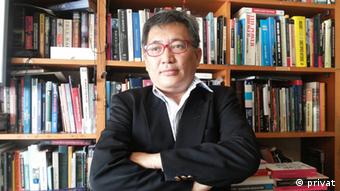 Harsono: 'Most applicants were surprised when they found out that the health test included examining their "insides," including vaginas'

Finally in 2009, the National Police chief issued a new mechanism, the Regulation No. 5 on Health Inspection Guidelines for Police Candidates, which requires female police academy applicants to undergo an "obstetrics and gynecology" examination. It does not specify that a "virginity test" is to be administered. The test is given early in the recruitment process as part of the applicants' physical exam.

But old habits die hard. Police Medical and Health Center personnel conduct the tests primarily in police-operated hospitals. We found some police doctors and police officers saying that they want to get rid of "prostitutes" among the applicants. They therefore included the discredited and degrading "two-finger test" to determine whether female applicants' hymens are intact or torn.

What impact does this test have on the female recruits?

Applicants who "failed" were not necessarily expelled from the force, but all of the women described the test as painful and traumatic. In Padang, West Sumatra, policewomen regretted that they took the test, saying that the state does not trust them to be "good women" who are able to work professionally, according to Nurani Perempuan, a women's rights advocacy organization.

But we also met policewomen who feel that the test is justified. They are proud to be virgins and feel upset with their outspoken colleagues who protest the test. I believe they're upset because they're forced to go out of their comfort zone.

What happens to recruits who refuse to take the test?

We never found a recruit who refused the test. Most applicants were surprised when they found out that the health test included examining their "insides," including vaginas. One recruit said if she had refused to take the vagina examination, she would have automatically been eliminated from the selection process.

What happens to those applicants who fail the virginity test?

A plan to build a billion-dollar dam to stop Indonesia's capital Jakarta from sinking into the sea has been launched. The project will take 30 years to complete, and create housing and jobs for almost a million people. (03.11.2014)

They are never told. The National Police uses a matrix in which all results, from an applicant's blood test to her X-ray photo, from hymen to eye sight, are organized into a scoring system. If the final score is below a certain level, they're not accepted.

But the head of the National Police law division, Inspector General Moechgiyarto, said that they needed to check the morality of the recruits by checking their virginity. He asked, "If she (a candidate) turns out to be a prostitute, then how could we accept her for the job?" His admission confirms our research that virginity is still a major factor.

How long have these tests been conducted?

We know that it began in 1965, at the latest. Women were first recruited to be police officers in 1948, but the National Police did not recruit more female officers until 1958. It gradually grows but the number of policewomen is still around three percent of the total 400,000 police officers in Indonesia. The new 7,000 recruits this year are going to increase the number from 14,000 to 21,000. It will be five percent when they are to graduate in December.

Are there any plans to abolish the tests?

National Police chief General Sutarman claims that no more virginity tests are being conducted. I guess he should make his statement into a written one.

What do you urge the Indonesian government to do?

We ask the National Police authorities in Jakarta to immediately and unequivocally abolish the test, and then make certain that all police recruiting stations nationwide stop administering it.

Andreas Harsono has covered Indonesia for Human Rights Watch since 2008.