How Wolfsburg have risen to Bundesliga leaders

The season started with a German Cup exit following a substitution error. But now Wolfsburg face their ex-coach and are top of the Bundesliga after four wins from four, thanks to clever planning and a miserly defense. 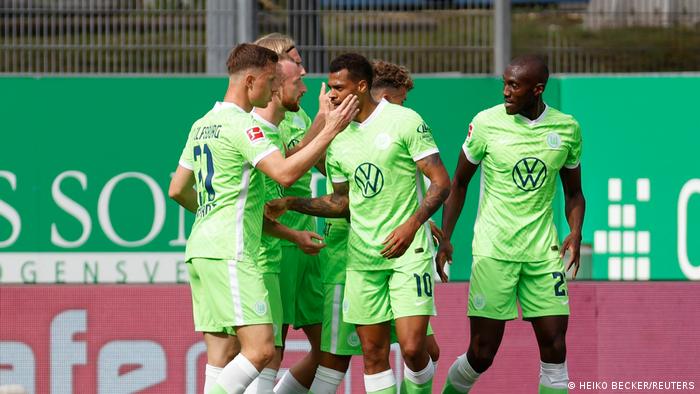 When Wolfsburg lost their coach in May despite having qualified for the Champions League, the doom-mongers might have expected a rapid decline.

When new boss Mark van Bommel misunderstood the substitution rules and they were kicked out of the German Cup first round, their opening game of the season, fans also started worrying.

But since then he has presided over four wins from four as Wolfsburg cemented their placed as Bundesliga leaders. This weekend, they host their former coach Oliver Glasner and his winless Eintracht Frankfurt.

"The core of the team has remained together and has been supplemented by players who fit the team in terms of character and who also have potential, and who maybe want to use Wolfsburg as a springboard," Michael Böttcher, head of supporters club Schlemmerbrüder, told DW.

If the Austrian felt he was not being backed in the transfer market, then van Bommel, a shrewd appointment given his big name as a player and stint coaching PSV Eindhoven, clearly has been.

Wolfsburg reinforced their forward line by signing Germany Under-21 star Lukas Nmecha from Manchester City and Luca Waldschmidt from Benfica, as well as making Maximilian Philipp's move from Dynamo Moscow permanent. All of which were relatively cheap.

Nmecha, who helped Germany's Under-21s win the European Championship in June, has already netted twice in the league and was a known quantity to Wolfsburg having spent time on loan at the Volkswagen Arena in 2019-20.

Bringing in so many attackers was recognition that as well as they did last season, they needed more firepower to help share the burden with prolific and established centre forward Wout Weghorst.

They also brought in Hertha Berlin's Dodi Lukebakio on loan on deadline day. The striker is bizarrely the only player to have scored against Wolfsburg so far this season in the Bundesliga after netting a penalty for the Berliners in their 2-1 defeat on Matchday 2.

Indeed, it is their defensive stability that really marks Wolfsburg out.

France's Maxence Lacroix, 21, is being talked about as one of Europe's top young defenders while the recruitment of Belgian centre back Sebastiaan Bornauw, 22, from Cologne has added much needed depth. 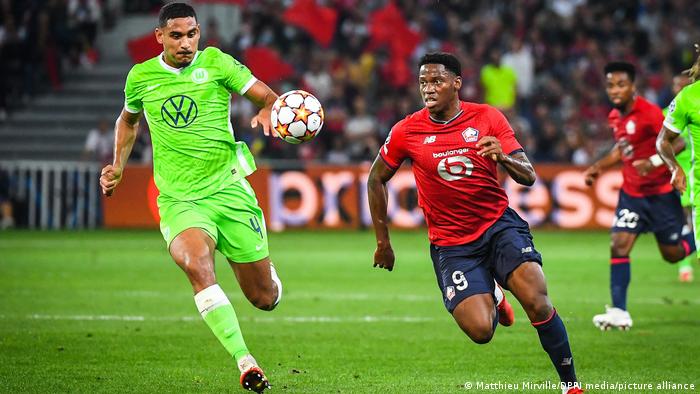 On their Champions League return on Tuesday, they held out with 10 men for 30 minutes after defender John Brooks' second booking to secure a 0-0 draw with French champions Lille.

It underlined just how hard it is to break Wolfsburg down while Belgium goalkeeper Koen Casteels was again the star of the show.

"Koen has improved every year," van Bommel said. "And now he has moved up another level. With Manuel Neuer, he is the best goalkeeper in the Bundesliga."

Casteels has been there six years and therein lies another of Wolfsburg's secrets. There is continuity in a series of positions and van Bommel knew that a fourth-place finish last term meant the old adage of "if it ain't broke don't fix it" held true.

His only big blow has been a long-term knee injury to midfield enforcer Xaver Schlager, but they have coped so far.

The club's own continuity is also important. They know success, and not just because of their women's team.Wolfsburg were surprise Bundesliga champions in 2009 thanks to Volkswagen's backing and then finished second in 2015 and won the German Cup with Kevin De Bruyne pulling the strings.

His sale to Manchester City prompted a decline in fortunes, with Volkswagen's Dieselgate scandal also meaning the carmaker had other things to worry about than investing in football. They needed play-offs to stay in the Bundesliga in 2017 and 2018.

But everything has fallen into place again. They have enjoyed their best-ever start to a Bundesliga campaign. If they beat a misfiring Frankfurt on Sunday they are guaranteed to stay top.