As militants destroy ancient treasures in Iraq and Syria, Berlin museum director Markus Hilgert calls on the international community to share their know-how and change their view of socially acceptable art collections. 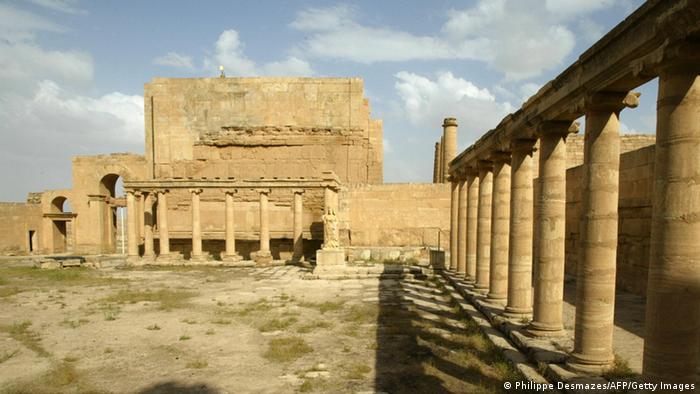 DW: Cultural heritage sites like Nineveh, Nimrud and now Hatra, the capital of what used to Mesopotamia, have been destroyed forever. As an expert on ancient history, how does that make you feel?

Markus Hilgert: It's difficult to find words to describe what in our view is happening there at the moment - not only because the subject of our research, the subject of our efforts toward cultural protection, are being destroyed or direly threatened. But also because the whole thing is part of a cultural and humanitarian catastrophe to which there is no end in sight.

On the one hand, there are reports that IS militants are attacking and destroying cultural treasures that are thousands of years old. But even more frequent are reports of brutal murders in the region. Can we even think of old buildings - no matter how significant they may be - when countless people are dying?

I think it's wrong to separate the one from the other. Culture has fundamentally shaped human identity and also the identity of states and societies. Cultural sites are places of remembrance and help form identity. So we need to be concerned about both - about protecting the people, of course, but also about protecting that which gives these people a history and an identity.

Iraq has called for air raids to protect the cultural sites. Considering how brutal the IS has been, this seems understandable… 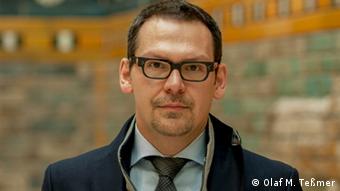 I'm not a soldier and not a strategist. I can't estimate what methods are best to improve the situation. From the point of view of cultural protection, it's crucial to keep in mind that military action can lead to the damage or destruction of cultural assets or heritage sites. And should it come to military action in these areas, then it's very important that the civilian population finds protection. That is the first and most important priority. But it should also be taken into consideration how culturally significant locations can be protected against "collateral damage."

Is there a way to help that doesn't involve military action?

It's clear that only a comprehensive improvement of the overall security situation can lead to better protection of cultural assets in the affected countries. And I think that political solutions come into play here. Apart from that, we also have the opportunity to share our knowledge about protecting and researching cultural assets in these countries.

What can Germany do to help protect the cultural treasures?

When I ask my colleagues in Syria and Iraq what we can do, they say first: Do something against the illegal trade of cultural artifacts. Germany's minister of culture, Monika Grütters, has said that there should be a mandatory certification for archeological artifacts. That means only certified archeological artifacts may be sold when they have been granted an export permit from their respective country.

There will always be collectors who don't care how a particular piece was obtained - or may even view an illegal artifact as a trophy. What can be done about that? 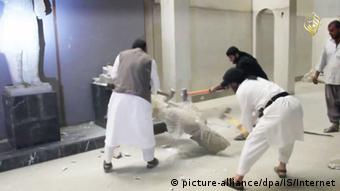 Propaganda videos have publicized the destruction by IS militants

I think that raising awareness is very important. In fact, I think that we have to reach a point where owning illegal antiquities is no longer considered chic or socially acceptable. We need to reach a consensus that this is not a trivial offense. It needs to become clear that this is a crime that often goes hand in hand with exploitation.

Is it possible to create 3-D models of damaged cultural sites so that they are at the very least preserved digitally?

There are projects that provide digital documentation. I think in general that this is one of - or perhaps the most important technology of the future. But what we can't forget is that digitalization requires that the necessary infrastructure is available in these countries. Nevertheless, I think that increased efforts in the area of 3-D digitalization can ensure that these cultural assets are at least documented, even though 3-D digitalization obviously cannot protect them.

What can politicians in Iraq and Syria do in the current situation to protect their cultural assets and how can the rest of the world help them?

We can take a look at what Syria's Directorate-General for Antiquities and Museums is doing everyday to document damage and prevent looting. It's really impressive. The same thing is true in Iraq. Remember that Iraq's National Museum in Baghdad just opened on February 28 amidst the most difficult of circumstances.

It's important that the international community, with the knowledge and means they have available, invest in "capacity building" in these countries. There needs to be programs that educate young scientists, but also restorators and museum experts. Then in five or 10 years, when the security situation will hopefully have improved, they will be able to effectively research and open up their cultural assets. I think, at the moment, it's most crucial for us to transfer our know-how.

Jihadists are not the first to destroy cultural treasures. It's a common occurrence in war. In World War II, for example, not only millions of people died, but also significant architecture and artworks were damaged or destroyed. Many were later restored. Is restoration also an issue in the Middle East? 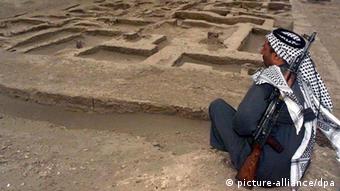 A man guarding a Sumerian archeological site in Iraq from looters

At the moment, people are thinking about what can be done in the long-term, but we can't forget that the main focus is on finding political solutions to curbing the humanitarian catastrophe. So the international community is called upon to find resources and ways to rescue and protect significant cultural assets in the whole region. That will be a task that will keep us busy for several decades to come.

Markus Hilgert is president of the Deutsche Orient-Gesellschaft, which promotes research in the field of Oriental archeology. He was also professor of Assyriology for many years in Heidelberg. In 2014, the expert on Sumerian culture became director of Berlin's Near East Museum.

With the destruction of antique works of art, the "Islamic State" is attacking Iraq's national identity. The works are an expression the very thing the IS hates the most, says DW's Kersten Knipp: cultural diversity. (10.03.2015)

"Islamic State" militants have continued their path of destruction in Iraq by launching an attack on ancient remains in the 2,000-year-old city of Hatra. In Syria, militants have also been targeting Christian villages. (07.03.2015)

"Islamic State" fighters have looted and bulldozed the ancient Assyrian city of Nimrud in northern Iraq. UNESCO condemned this act of destruction as a war crime. (06.03.2015)