How to negotiate with the Taliban?

Germany is looking for ways to deal with the Taliban. In order to save lives, it will be necessary to negotiate with Afghanistan's new rulers. 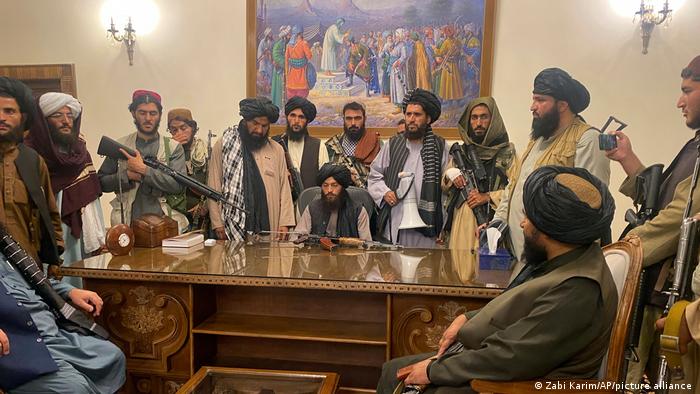 Whether the West likes it or not, the Taliban are in control in Kabul

Western governments say that — on principle — they do not negotiate with terrorists. But often reality is different. There have been many examples of how government representatives sat down at the negotiating table with members of organizations responsible for terrorist attacks. Albeit reluctantly. This was true, for example, in dealing with the Irish Republican Army (IRA) or the Palestine Liberation Organization (PLO).

In the case of Afghanistan, the negotiation issue is as sensitive as it is controversial, as the militant Islamist Taliban have virtually taken almost the entire population hostage. That's a formidable bargaining chip. If you want to help the people in Afghanistan, you can hardly get past the Taliban.

The Taliban had established their "Islamic Emirate of Afghanistan," following their conquest of Kabul in September 1996. Their reign of terror lasted for five years until the invasion of international troops in 2001. Now they are back in power. 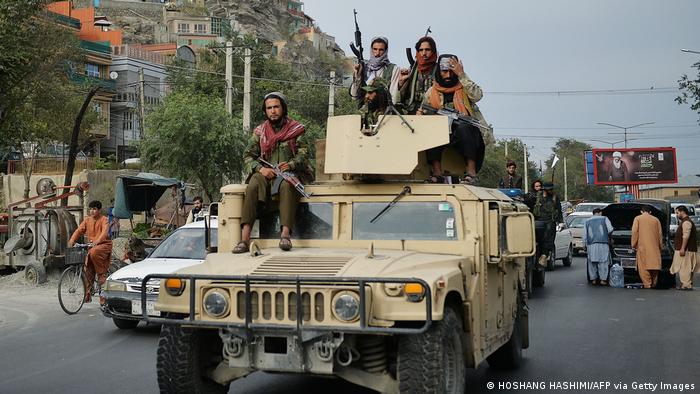 From the perspective of the international community, the worst must be prevented in this war-torn country. That includes serious ongoing human rights violations, massive refugee movements, countless deaths from hunger, and that Afghanistan could once again become a hub for terrorist organizations — such as al-Qaeda or the so-called Islamic State (IS.) Observers fear for the future of this geostrategically important country, located between Central and South Asia.

For months now, international mediators have been holding talks with Taliban leaders in the Qatari capital of Doha. Now, Western countries are working hard to push ahead with the evacuation of more Afghans in need of protection.

German Chancellor Angela Merkel is apparently counting on a willingness to cooperate on the part of the rulers in Kabul. "Our goal must be to preserve as much as possible of what we have achieved in terms of change in Afghanistan over the past 20 years," Merkel told the parliament, the Bundestag, last week. "The Taliban are now a reality in Afghanistan," she said.

German Foreign Minister Heiko Maas also called negotiations inevitable. There is "absolutely no way around talks," Maas said in Doha. He had previously visited four countries bordering Afghanistan to gauge the situation in the region. Maas made it clear that a direct meeting with Taliban leaders was out of the question for him — for now.

Apparently, the German government wants to avoid anything that might look like official recognition of the new rulers. In Doha, the former German ambassador to Afghanistan, Markus Potzel, is the contact person for the Islamists' delegation.

There and in Kabul, the Taliban are trying to change their image and present themselves as a moderate, legitimate power that the population need not fear. Leading members even allowed themselves to be interviewed by female journalists. On the other hand, violence has been reported in various provinces; girls are also said to have been prevented from attending school and women from working.

Nevertheless, talks with the Taliban are more or less inevitable "in order to get the remaining helpers and vulnerable persons out of Afghanistan," Joachim Krause, director of the Institute for Security Policy at Kiel University, told DW via e-mail.

He warns against overly high expectations. In his view, it only makes sense to negotiate the evacuation of former local helpers and their families. Anything else, such as thinking about preventing a general exodus or the return of terrorist groups, has little chance of success, he says. "How are the Taliban going to prevent an uncontrolled flight movement or even the return of foreign terrorist groups? After all, they only partially control the country. And we wouldn't want them to prevent a wave of refugees by simply shooting those who try to flee," Krause cautioned.

The security policy expert also sees Germany in a weakened negotiating position. Because it has not succeeded in flying out all local forces, Germany has "already made itself susceptible to blackmail." "Whether we like it or not, we have to agree to the conditions the Taliban set to help these people leave."

This could be money, perhaps also food or medicines. An initial assessment of the German rescue operations shows that by the end of August, only 138 local helpers have been flown out of Afghanistan. According to estimates by the German Foreign Office, around 50,000 are still waiting for evacuation. 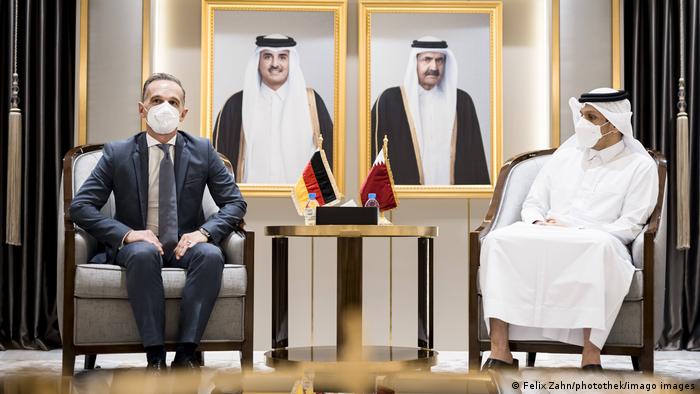 The success of negotiations depends on the Talibans' willingness to honor negotiated agreements. In this respect, the co-founder and co-director of the independent think tank Afghanistan Analysts Network (AAN), Thomas Ruttig, is slightly more optimistic.

Ruttig reckons that the Islamists need to embrace progress out of self-interest. "The Taliban need any kind of economic aid, no matter where it comes from because after 40 years of war, the country's infrastructure has been completely destroyed." It would be counterproductive for the Taliban to start blackmailing foreign governments, "that would jeopardize the chance to actually get money into the country," Ruttig said.

Germany and other countries have stopped development aid. In addition, Afghan accounts abroad have been frozen, and payments to the country have been made more difficult. Remittances from abroad have been canceled. Exchange offices and transfer bureaus such as Western Union are closed. The country, which has long had difficulty providing for its roughly 39 million citizens, is now on the brink of ruin.

No new center of Islamist terror?

The Taliban, who want to win over the hearts and minds of the population, are aware that Afghanistan can hardly survive without aid. That's why Ruttig believes they will not allow the country to become a hub of Islamist terrorism again. "Because then they would have to fear retaliation and further sanctions. They can't afford that. I believe that the Taliban are quite savvy. They should not be underestimated as a bunch of medieval, bearded simpletons."

Ruttig advocates focusing on humanitarian issues in the coming months and keeping an eye on whether the Taliban become increasingly repressive. He says it must be made clear to them that they must adhere to international standards.

But equally he argues that the West should not assume an attitude of superiority. "After what the West has done or tolerated in Afghanistan, including alleged war crimes and human rights violations, we should refrain from doing so," Ruttig said.

Afghanistan: Turkey moves into the spotlight

The United States has withdrawn from Afghanistan. Turkey, in particular, is preparing to take over its role on the ground. However, many Turks have been angered by their president's overtures to the Taliban.

Following the Taliban's power grab, members of the Hazara minority fear that they will be targeted. Those who can, escape. Others are joining the armed opposition. But for many, there is no way out. DW reports.