How the Mars helicopter will bring humans back to Earth | Science| In-depth reporting on science and technology | DW | 15.04.2021

How the Mars helicopter will bring humans back to Earth

Flying a drone on Mars will bring the planet closer to home. First, it's about getting off the ground, then bringing rocks back, and, eventually, people. 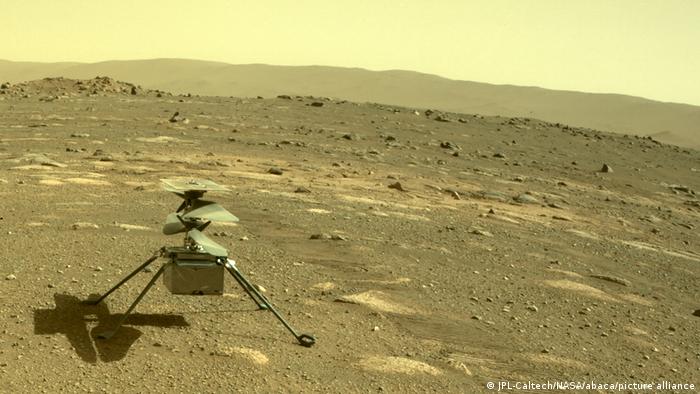 Earth's first-ever helicopter on Mars, Ingenuity, is a first step to humans on Mars

As with the first human moon landing in 1969, NASA's Mars helicopter, Ingenuity, is both a small step and a giant leap. Although perhaps that should read "short flight, giant journey" or some other revision of Neil Armstrong's famous words.

Either way — and do or die — Ingenuity is a first step towards astronauts traveling to Mars and eventually coming back to Earth.

First, it's about learning how to fly an object on Mars, where the atmosphere is thinner than Earth's own atmosphere. That's significant because a planet's atmosphere can affect how things take off from the ground and fly about, how they navigate their way, and how they land again. Safely.

We know almost everything there is to know about flying on Earth, but almost nothing about flying on Mars. Even just landing a probe, such as the American rover Perseverance, which traveled with Ingenuity strapped to its belly, was never a done deal… before it was done. 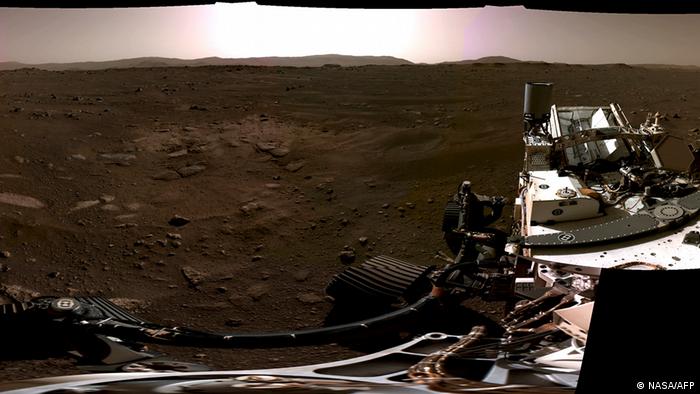 It's never been done.

Once scientists have worked out how to fly short distances on Mars, they will have gained real, practical experience — beyond their mathematical assumptions and calculations.

That will help them build rockets and other spacecraft better suited for launching from Mars, returning samples and, perhaps at some point in the next hundred years, bringing people back to Earth.

And that has the potential to reshape all our lives — no matter where we live. The potential of going to a second planet and coming back will be about the only true "game-changer" humanity has seen since that cliché was coined.

But all that starts with simpler things. NASA's helicopter plays neatly into a joint project that the American space agency is running with its European counterpart, ESA.

Their so-called "Mars Sample Return Campaign" aims to bring samples of Martian rock, soil and dust back to Earth.

Perseverance and Ingenuity, known collectively as the Mars 2020 Mission, are central to the campaign.

The plan is for Perseverance to stash samples of rock and soil in an area around Jezero Crater, where the rover landed in February. Those samples will then be collected, all things going to plan, by a subsequent mission at the end of this decade.

NASA and ESA have been studying options for what they are calling a Sample Retrieval Lander. That lander will include another rover, which will collect the samples, a mobile launchpad and a rocket-like capsule to bring the stuff back.

Using what scientists hope to learn about launching from Mars and test flying Ingenuity, the capsule — or "ascent vehicle" — will leave the planet in around 2028 and rendezvous with an orbiting spacecraft. That spacecraft will then grab the samples and take them on their onward journey home.

What good is getting Martian dirt?

First, it's to see whether we can.

Nations around the world are working on returning all kinds of samples from space.

Scientists are still working on and investigating crateloads of samples returned from the moon during NASA's Apollo missions in the late 60s and early 1970s.

But there is a growing sense that nations feel they can demonstrate a greater competence in space by getting new samples from moons, asteroids and other planets, such as Mars.

For a start, it demonstrates technological ability. That's why China has been running sample return missions from the moon most recently. And Japan is also planning a mission to return samples from one of the Martian moons, Phobos, in about 2024. 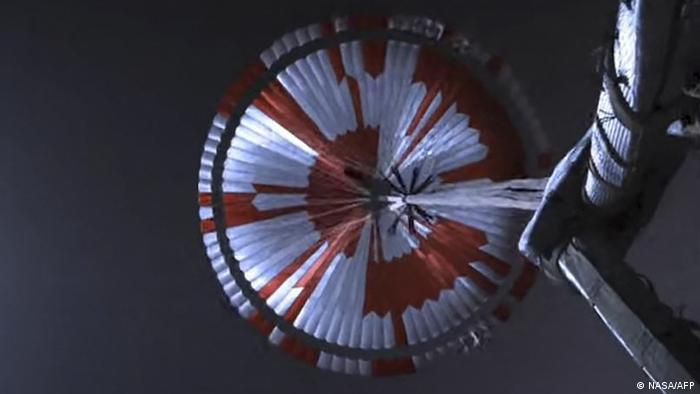 Shot of Perseverance's landing-parachute at Jezero Crater, a popular site of scientific interest on Mars

Then it's about mining for resources. The moons, asteroids and other planets in our solar system are made from similar cosmic minerals and materials to those found on Earth. So, there's massive commercial intent.

And at some point, nations will want to defend their commercial interests in space, even if militarily. Hence, refer back to point one: Demonstrating technological ability.

Ultimately, however, it's about seeing whether we can learn about the geology and biology on Mars in ways that can't (yet) be achieved by remote labs, such as that on the Perseverance rover.

And, there again, it's about those ever-present questions, both scientific and philosophical: Is there life on Mars and can we use what's there to build a new life for humans on Mars?

Only, we're a sentimental species, aren't we? Even the hardiest of us will probably want to keep an option open of returning to Earth if things don't quite work out on the Red Planet. And that tiny drone they call a helicopter is a down-payment on that very human desire for a place we all call home.