How startup culture in Germany is securing the best talent | Business | Economy and finance news from a German perspective | DW | 06.09.2019

Germany is known for an efficient workforce. However, this may be outdated when it comes to company culture. Now to keep top talent, many companies are following startups and trading in ties for T-shirts. Usercentrics, a data privacy startup located in Munich, Germany, has an entirely different work calendar than your usual company. Every Friday at 4:30 p.m. sharp, MacBooks close and the sound of beer can lids popping off can be heard across the hall.

Wednesdays are held free for lunch-and-learns where the chief happiness officer (CHO), who retains a degree in the art of being happy from the Fritz-Schubert-Institute in Heidelberg, cooks vegetarian friendly options and offers one-on-one coaching hours during working hours in between meetings.

Team events such as wellness mornings with yoga and granola offer early morning boosts while hikes to beer gardens make up the afternoons. And every once in a while you have to duck your head to avoid getting hit with a nerf gun by your colleague.

"Even just a couple of years ago this would have been unimaginable when working in Germany," says Lisa Gradow, co-founder at Usercentrics. "But, we strongly believe in a personalized approach to take care of our employees and know that it will pay off in the long term." This mindset is what encourages startups such as Usercentrics to allocate a large portion of their budget to encouraging a productive and healthy environment, even where others could argue that the money could be spent elsewhere.

The millennials have their say

Management that cares about its employees' well-being while providing a platform to make a real business impact is what brought former senior Google manager Jürgen Weichert to Usercentrics. As head of strategic partner development at Google DACH, he was responsible for generating over $100 million (€89.9 million) in partner sales, skills he now brings to his new role as vice president of Business Development at Usercentrics.

The appeal: a healthy work-life balance which is becoming one of the most important determining factors in choosing where to work. Many well established companies are struggling to find top talent because not only do millennials desire a challenging and fast learning environment, they also want to be able to retain that pace and veer away from issues such as burnout and depression which would be costlier in terms of salary loss over the long term. 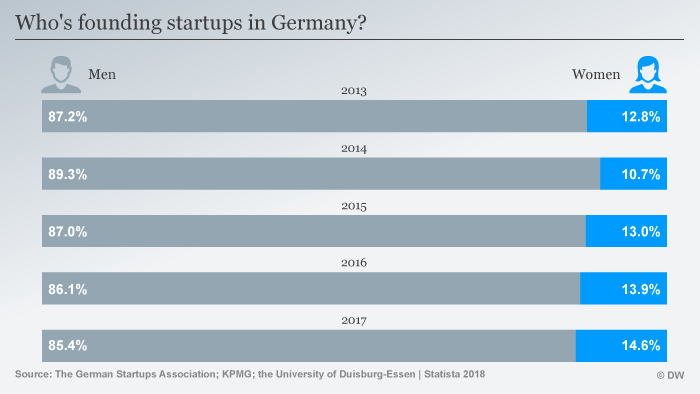 "Although the pay is less competitive at a startup, I knew I wanted to work in a company that allows for fast-paced change and impact through a board that genuinely cares about having a happy team. Generation Y and Z cannot be attracted by traditional companies anymore and working until 2 a.m. everyday is not sustainable if you want to grow with a company," says Weichert. "There is a large disconnect between the way in which traditional companies and modern companies function, with more and more millennials heading to the latter."

Research conducted and recently published in studies by PwC and McKinsey, two of the top management consultancies in the world, have already determined that this type of company culture promotes better work ethic and creativity, ultimately allowing firms to retain their top talent.

Committed employees and a low turnover rate are important factors for the success of any startup such as Usercentrics, which has recently secured further millions in another venture capital round as one of the leading consent management platforms in the EU.

Since its founding in late 2017, the company has grown dramatically and now counts small and medium-sized enterprises and Fortune 500 companies among its customers. Usercentrics is backed by premier venture capital investors including Alstin, Reimann Investors and Cavalry Ventures and is looking to expand into the US, taking the unique company culture which has proven to be very successful, across the ocean.

"We are very excited to see that a startup is a perfectly acceptable alternative and even more appealing nowadays," says Mischa Rürup, the company's founder and CEO. "This makes me believe in my decision to allocate such a large part of our funds to these types of activities."

When you walk into the room at Usercentrics and have a chat with an employee at the coffee machine, it is evident this type of startup culture is, in fact, bringing in the brightest and most committed employees.

"It's so fulfilling to see the scale and variety of talent making the switch," says Gradow, "and I'm excited to see how this mentality will develop in companies of all sizes around the world."

How Taiwan semiconductors are key for global high-tech 04.08.2022

While Russian gas can be replaced with other forms of energy, microchips made in Taiwan cannot. The country's chip giant TSMC has attained a global market dominance of truly systemic proportions. But why is that?