President Trump’s order barring travellers from seven predominantly Muslim nations has led to detentions at US airports. An Iranian-American lawyer told DW how the ban personally affected her. 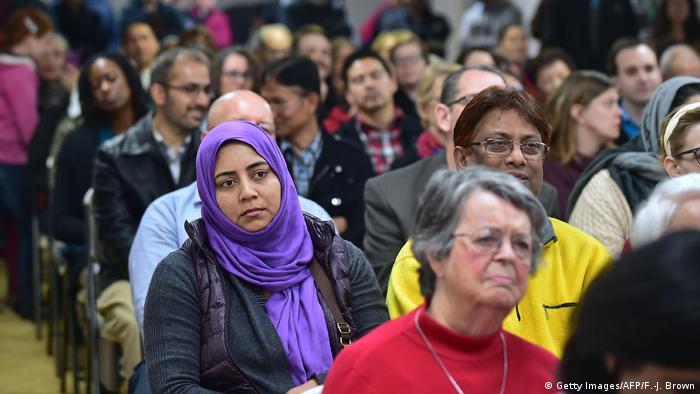 Unlike many of the executive orders President Donald Trump's signed in his first week in office,the one titled "Protecting the Nation From Foreign Terrorist Entry Into the United States" had immediate repercussions in the US and around the world.

According to media reports, several travelers were barred from boarding a New York-bound airplane in the Egyptian capital Cairo, even though they held valid visas. At major US airports like New York's John F. Kennedy, or Dallas/Fort Worth International, dozens of people from the seven countries affected by the ban - Syria, Iran, Iraq, Yemen, Libya, Somalia and Sudan - were stopped and detained. In response to the US ban, Iran said on Saturday it would bar US citizens from entering the country.

"We are all shocked with what is going on," Leila Mansouri, an immigration lawyer who heads the Washington chapter of the Iranian American Bar Association, told DW.

Mansouri, who holds both US and an Iranian citizenship, said Donald Trump's entry ban "directly affects me and my family and my clients." 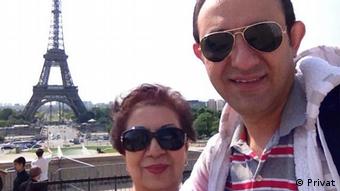 A relative of Mansouri, 70-year-old Shanin Hassanpour was in possession of a valid US immigration visa when she was detained Saturday morning at Dallas-Fort Worth International Airport and barred from entering the US due to President Trump's executive order. On Sunday morning, she was still beng detained.

"They (immigration officials) told her they would send her back tomorrow and gave her one phone call," said Mansouri, adding that her relative was not allowed to see her children, including her son, a US citizen who sponsored her visa.

"The problem is that she is an old lady with medical problems," Mansouri said. "We are now trying to file a Habeas Corpus petition so she can stay at least until Monday, but the problem is that courts are closed."

On Saturday a federal judge issued a temporary stay against Trump's travel ban, protecting travelers like Hassanpour from immediate deportation.

"Hopefully, she can stay," said Mansouri, adding that the American Civil Liberties Union (ACLU) is working on her case.

Mansouri's case is just one example of the dire consequences the presidential directive has had, said Michelle Brané, director of the migrant rights and justice program at the Women's Refugee Commission in Washington.

"This goes really much further in the sense that this goes beyond the refugee program," she said. "The act of creating a de facto ban by religion is fundamentally unconstitutional and against American basic values." 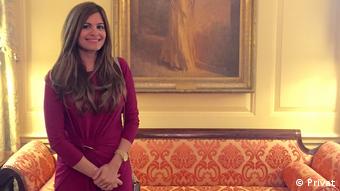 A basic problem for migration rights advocates is to find out just how many people are affected by the order, noted Brané. "It is very difficult for us to know right now how many people are actually being turned away at the border and left in very dangerous situations."

At the same time, she added, she was heartened to see and hear that people were not ready to let this stand and that there was already a class action lawsuit planned against the executive order.

Stay in the US

Mansouri meanwhile advises her clients residing in the US with permanent resident status, commonly called green cards, to not leave the country. The US Department of Homeland Security stated on Saturday that the entry ban also applies to nationals of the seven countries holding green cards.

As a member of the Iranian-American community, Mansouri felt personally stung that Iran was one of the countries singled out in the executive border.

"I don't think it's fair for Iran to be on this list and Saudi Arabia and Pakistan not to be on the list," said Mansouri, pointing to the fact that the majority of the perpetrators of the terror attacks of September 11, 2001, were Saudi nationals.

If they really want to ban these countries for national security purposes they should just ban all of them, she said. "This way it doesn't make any sense, it's not logical."

Citing reports she had received that green card holders from the seven impacted countries were subjected to extensive interviews including questions of their loyalty to the US left Mansouri aghast.

"I have heard of these things happening in Iran. I never in my wildest imagination would have thought that this would ever happen in the United States."