How museums in West Africa are saving cultural treasures

No one knows how many old masks, sculptures and other archaeological finds are traded illegally from West Africa every year. Setting up so-called culture banks in local communities may be a solution. Daouda Keita sits in his office in the administration building of the National Museum of Mali in Bamako. The museum is known for its large green gardens, but it also houses a notable archeological and ethnographic collection and regularly organizes temporary exhibitions.

Keita, the director of the museum, has set out to support the establishment of more museums across the country. An archaeologist himself, he is committed to creating so-called culture banks, known as banques culturelles.

The first one was founded back in 1997 in Fombori, a town in Doganland in eastern Mali. It was the brainchild of an American visitor who was in Mali with the Peace Corps.

In order to finance this culture bank, he suggested that Keita participate in an ideas competition facilitated by the World Bank.

"Fortunately we were selected," Keita recalls. "So we were able to build the first culture bank in Fombori."

Later on, others were also built in Mali's south, in Dégnèkoro and Kola. But they didn't last. The culture bank in Fombori is now shut off to the public because of the severe security crisis in northern and central Mali.

A new source of income for the community Daouda Keita is calling for the construction of cultural banks

The term 'culture bank' essentially describes a village or community museum. Members of the community are encouraged to bring old traditional masks, sculptures and other forms of art to be included in the exhibit.

In exchange for the loan they receive a cash payment that they can use to invest in agriculture, for example.

"The culture bank is a source of income for the community and is for the common good," explains Franck Komlan Ogou, the interim director of the School of African Heritage (EPA) in Benin's capital, Porto Novo.

At the same time, the culture banks serve as a local attraction for visitors and a place where artists can meet and sell their work. There is also a culture bank in the north of Benin and in Togo.

But for Daouda Keita, the culture banks have one big important task: To prevent the illegal trade in culturally-significant items. It's often a shortage of money that drives sales. He can't estimate how many of these cultural objects are exported from Mali every year. Keita suspects the security crisis, which has plagued Mali since 2012, has been a major driving factor behind this boom.

"[Affected] regions are outside the control of security forces," he told DW. Keita saw himself the impact  in 2014 during a visit to an archeological site in Douentza in the Mopti region: "We found more than ten archeological sites that were completely destroyed," he says. "They were trading the objects right in front of us. No one was afraid." 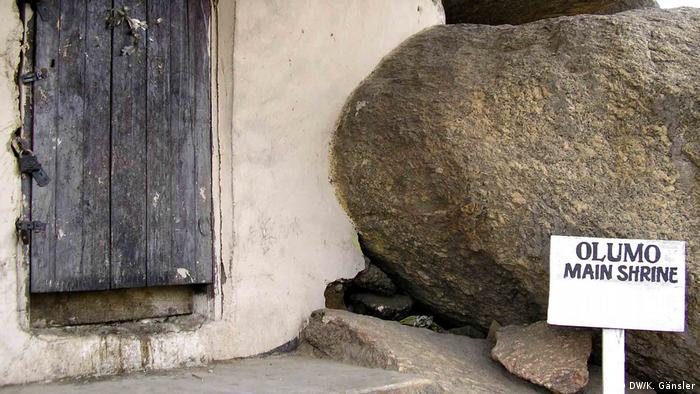 Only copies of these historical works of art are officially allowed to leave the country. A certificate must be presented at the airport on departure, which is issued by the National Museum. When you issue the papers, Keita explains, you need to be very careful that the object is not an original.

Franck Komlan Ogou also thinks that the artifacts should remain in their place of origin. "This makes them more meaningful," he explains.

African objects which are a part of European collections would no longer have the same kind of meaning and value as they did before they were sold or stolen.

This is also one of the benefits of the culture banks: If a mask or sculpture is used for a cultural ceremony, it can simply be borrowed from the community's museum and later returned. However Ogou admits that more funding is needed.

The culture banks are not sustained by visitor revenue, so the original idea of setting up community museums all over Benin has been abandoned. The community also needs to have enough artifacts in the first place, as well as the willingness of the residents to take care of them. 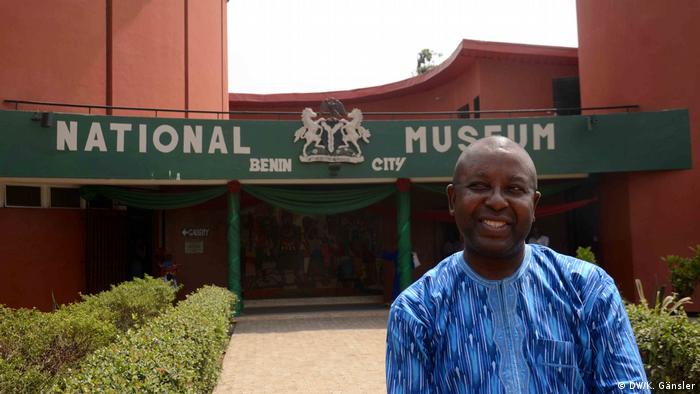 Art dealers on the hunt for artifacts

In a bid to prevent this, Nigeria has taken a different approach towards displaying and preserving cultural artifacts. "We organize educational campaigns on television and radio," explains Theophilus Umogbai, the curator of the National Museum in Benin City in Nigeria's southern Edo State. "We talk about the importance of the objects and why they should not be sold to strangers so they aren't illegally taken out of the country."

The region is home to the world-famous Benin Bronzes– a collection of more than one thousand metal plagues and sculptures that once decorated the royal palace of the Kingdom of Benin in what is now modern-day Nigeria.

The museums here work together with licensed antique dealers to get the message across. They track down owners who want to sell the artifacts and put them in touch with the museums. Depending on their budget, the museums will then buy the artifacts from the owners.

Families in possession of artifacts also turn to the museums to temporarily store the objects. "The often happens when the head of the family dies and the family has not yet decided what to do with their art collection," Umogbai explains. If they wish to use an item for a ceremony, they may also borrow it for a few days before returning it to the museum.

Timbuktu fights for its heritage

In 2012, Islamist militants captured Timbuktu in Mali and Mali's citizens risked their lives to protect their cultural heritage. (19.12.2014)

European Museums have difficulties with the return of cultural artifacts from their colonialist past. French president Emmanuel Macron has made the first move towards returning objects of cultural significance. (23.11.2018)