How millions of America′s temporary layoffs could be permanent | Business | Economy and finance news from a German perspective | DW | 17.06.2020

How millions of America's temporary layoffs could be permanent

The world watched in dread as US unemployment reached 40 million at the height of the coronavirus pandemic. Will the economic rebound be strong enough to stop companies from cutting jobs permanently? 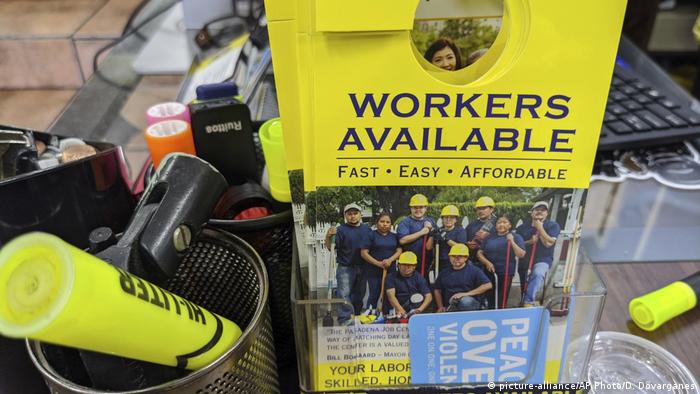 There was a sigh of relief when US employment rose by 2.5 million last month as several states began exiting lockdowns and businesses reopened. The jobs report was much better than many economists had expected and boosted hopes that the world's No. 1 economy would bounce back from its fastest decline in history.

"The big story was that the number of payroll jobs increased ... when they were expected to shrink by 7.5 million," Sean M. Snaith, Director of the Institute for Economic Forecasting at the University of Central Florida, told DW.

During two months of stay-at-home orders imposed to stem the spread of the coronavirus, US unemployment spiked by an unprecedented 34.2 million, from 5.8 million in February — a 50-year low. The sudden change of fortunes prompted warnings that a greater depression than the 1930s economic crisis was on the cards.

While most Americans think their layoffs will be temporary, new research suggests that millions of jobs lost at the height of the health emergency may never come back.

Bloomberg reported this week that 30% of US job cuts are likely part of a "reallocation shock" brought about by the precipitous drop in demand for most goods and services. The financial publication said its data suggested that after an initial jobs boost, millions of workers would be left unemployed, particularly in the hospitality, retail, leisure, education and health sectors.

Research by the University of Chicago's Becker Friedman Institute came to a similar conclusion a few weeks earlier, predicting that 42%, or 11.6 million, of job losses up until April 25 would become permanent. It warned that for every 10 jobs lost due to the pandemic, just three others were likely to be created in the near term from the likes of Amazon, Walmart and discount chain Dollar General, who have all announced plans to hire more staff.

Federal Reserve Chairman Jerome Powell on Tuesday also warned that the jobless rate could remain high for some time. "The longer the downturn lasts, the greater the potential for longer-term damage from permanent job loss and business closures," he said in testimony to Congress, noting how long periods of unemployment "can erode workers' skills and hurt their job prospects." 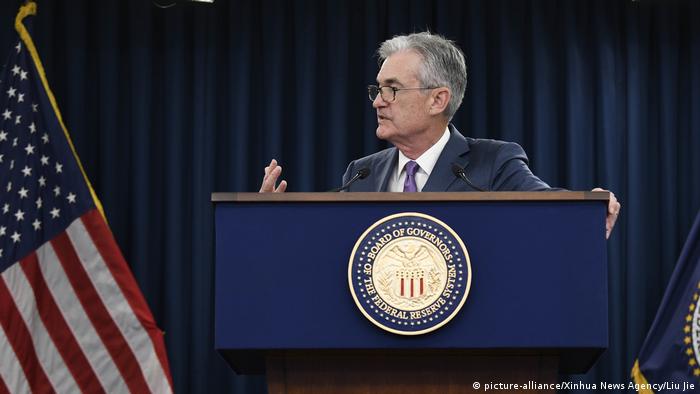 Some $130 billion out of the $669 billion in allotted aid still hasn't been used, and $12 billion has been returned by firms unsure if the loans will help their firms survive. Some economists say May's positive employment numbers were artificially bolstered by PPP, which they think may have just delayed the inevitable.

"Once the PPP money runs out, there could be another round of layoffs especially in services which was a big beneficiary of the government program," Sung Won Sohn, a business economics professor at Loyola Marymount University in Los Angeles, told the news agency Reuters.

Although US retail demand bounced back by 18% in May, demand in many sectors remains subdued due to social distancing measures, which limit the number of customers in stores and entertainment venues. The broadest measure of US unemployment remains over 21% and reflects those who are underemployed, including those on reduced working hours.

While many white-collar workers initially benefited from being able to work from home, Bloomberg has calculated that 6 million high-paid positions are under threat now, including in the professional services, finance and real estate sectors which may struggle to return to pre-crisis levels.

"There is no reason to go back to pre-pandemic levels of staffing if your business is under a reduced capacity order or if customers have not returned in sufficient numbers," Snaith told DW. While he is skeptical of the narrative that COVID-19 changes everything, "I do think it provided firms with alternative ways of doing business."

Meanwhile, firms that survived the first lockdown could be taken out if a second wave of infections forced similar stay-at-home orders or prolonged social distancing measures. While government loans may have temporarily boosted cash flow, they may have only bought firms a few months of extra time.

"Clearly there will be several less-directly impacted firms which nevertheless won't have been able to survive the recent slump in demand and will be forced to close for good," Andrew Hunter, senior US economist at the London-based Capital Economics, told DW.

The potential economic carnage a second wave of infections would cause would almost certainly hurt US President Donald Trump's chances of a second term in the White House. His approval ratings have plummeted in recent weeks.

Even assuming a more positive outlook where the US economy continues to rebound, Capital Economics sees the jobless rate remaining in the region of 9-10% by November's election and above February's 5-decade low until the end of 2022.

Snaith from the Institute for Economic Forecasting sees a similar figure for November, and predicts that in a year, the jobless figure will have dropped to 6%, but added that "this will depend in part on the outcome of the election."