How medieval emperors secured their power

From Charlemagne to Frederick Barbarossa, the Mainz exhibition "The Emperors and the Pillars of their Power" looks into the power plays of the Middle Ages. 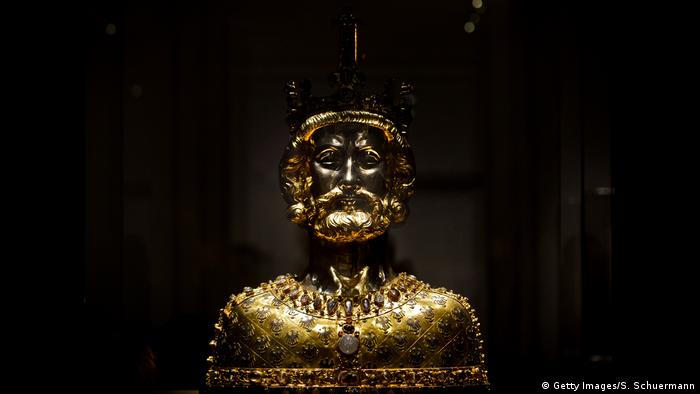 Despite the dragons, undead creatures and sorcerers, the way things functioned in the series' fictional world did resemble Middle Age structures in Germany and Europe, as can be seen in the current Mainz State Museum exhibition, "The Emperors and their Pillars of Power."

The exhibition portrays some of Europe's well-known emperors, from Charlemagne to Frederick Barbarossa.

But beyond the rulers, the exhibition explores the complex networks behind their power: "We know that the emperors anointed by the Pope did not rule their empire with absolute power, but were rather moving within tense power structures," points out Bernd Schneidmüller, scientific director of the exhibition. Empresses and princes, bishops and Jewish communities, knights and entire cities secured the rule of the emperors — and they were all motivated by different and sometimes conflicting interests. 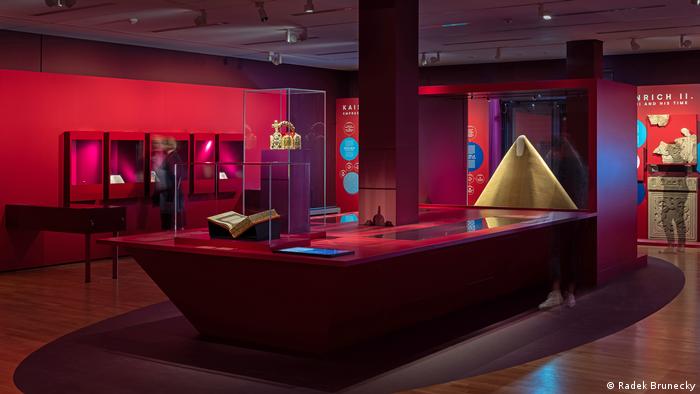 300 exhibits are on show at the Mainz State Museum

The dynamic web of relationships, interests and intrigues as we know it from Game of Thrones is therefore not a modern fiction; it was everyday life for figures of power in the Middle Ages.

The development of these power plays mainly took place on the Rhine. The Holy Roman Empire had no capital city. Instead, the emperor constantly traveled from one region of the empire to the next in order to secure his fundamentally fragile rule by winning and renewing consensus with the influential secular and spiritual leaders of each region.

Due to the militarily and geographically central location in the empire, Charlemagne and his successors often preferred to stay in the Rhine region. Power accumulated between Cologne, Metz, Frankfurt am Main and Basel. Over five centuries, the Rhine region further developed as a political, but also economic and cultural center of Europe.

The castles, monasteries, cathedrals and palaces on the Rhine still bear witness to this today. The structures of the time also had a long-term impact on how the country would later develop: "The stage that was created here, along with its numerous players, had a formative effect on the federal structures in Germany," Schneidmüller explains.

The exhibition highlights for instance how growing cities formed alliances that allowed them to maintain peace — which was actually the task of kings and emperors.

A constitutional document that held for over 400 years

Another exhibit on display is the Golden Bull of 1356. In this constitutional document, which fixed the political structure of the Holy Roman Empire until 1806, the seven electors were officially designated as central "pillars" of the emperor. The document described the emperor as the "roof" that could only hold if it was supported by his pillars, ie. the electors. 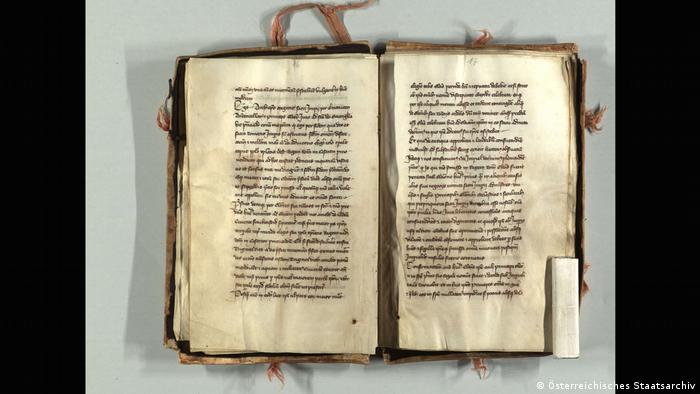 The Mainz Archbishop's copy of the Golden Bull document, borrowed for the exhibition from the Austrian State Archives in Vienna, is one of a total of 300 international exhibits on show, including regal insignia, relics, documents, coins and weapons.

Beyond these symbols of power, the exhibition offers background information on the structures of the time: More than 90% of the population provided the economic foundation for the power of the upper classes, without benefiting from it themselves.

A book under police protection

The undisputed highlight of the exhibition, however, is an exhibit that's not directly related to the show's main topic: The Heidelberg Codex Manesse is one of the most important preserved collections of medieval songs. Without the 700-year-old manuscript, medieval masterpieces by famous minstrels such as Walter von der Vogelweide or Wolfram von Eschenbach would have been lost forever. 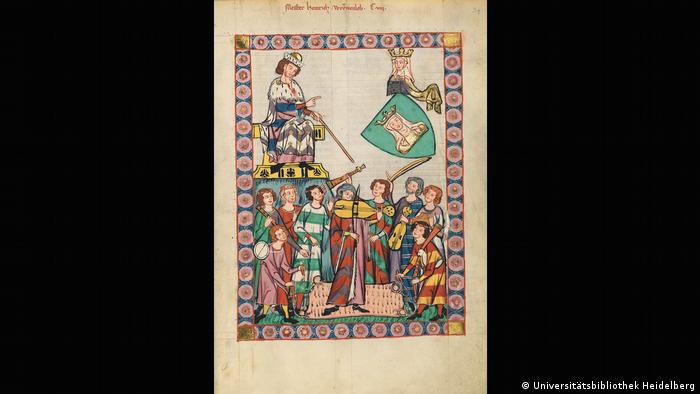 The manuscript is rarely presented publicly. As it was transported from Heidelberg to the Mainz museum, the 90-kilometer (56-mile) journey was insured for €80 million ($95 million), accompanied by police protection and in a specially made, shock-proof, climate-controlled case. The sensitive manuscript will be on view in Mainz until the end of October, while the rest of the exhibition runs until April 2021.

To highlight the cultural legacy of the Middle Ages in the region, the Rhineland-Palatinate state has proclaimed the year 2020 as the "Imperial Year," which has now been extended into 2021 following the coronavirus closures. Along with "The Emperors and their Pillars of Power" exhibition, several events and related exhibitions are also part of the program.

Even in ancient times, merchants listed their goods on stone plaques to attract customers. Centuries later, the first advertising posters were unveiled, as a new exhibition shows.