How JPMorgan got itself all tangled up in European football′s fan culture | Business | Economy and finance news from a German perspective | DW | 27.04.2021

Apologies from Wall Street don't happen often. Yet JPMorgan's backing of the now doomed Super League forced it into a rare mea culpa. It might prove an enduring lesson as the battle for football's soul continues. 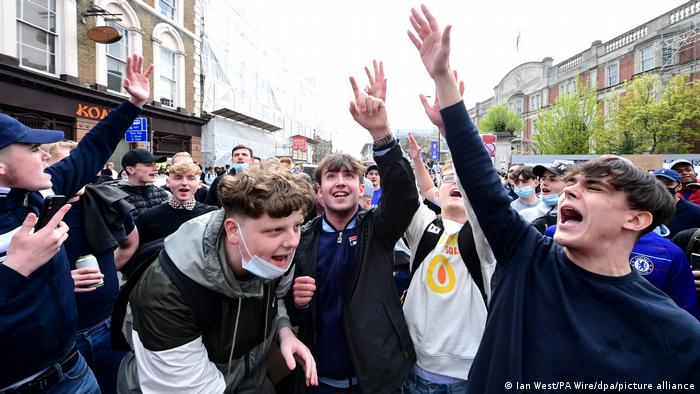 Vociferous protests of fans like those at Chelsea in London (pictured), backed by leading players, pundits and managers

When a business is the kind that can take in $120 billion (€99 billion) in a bad year, and sit on assets of $3.3 trillion at the end of it, maybe it goes with the territory to upset a few people along the way.

JPMorgan Chase has certainly done that during its years at the apex of Wall Street. It paid billions in fines and settlements for its role in two of America's biggest ever corporate scandals,  Enron and Bernie Madoff's fraud.

In 2013, it agreed a $13 billion settlement with the US government over charges that it had misrepresented the quality of mortgages it was selling to investors in the years before the financial crisis. It is no stranger to controversy.

But when it comes to actually being forced to apologize for something, it was English football and its fans that had a greater impact on the bank than those ostensibly far bigger problems.

JPMorgan's decision to back the now doomed Super League, an attempted breakaway football competition featuring 12 of Europe's biggest clubs, clearly made a lot of sense to the bank's risk management division at one point.

The bank had committed €6 billion in debt financing, including a €3.25 billion "infrastructure grant," to be divided up among the founder clubs at the outset. 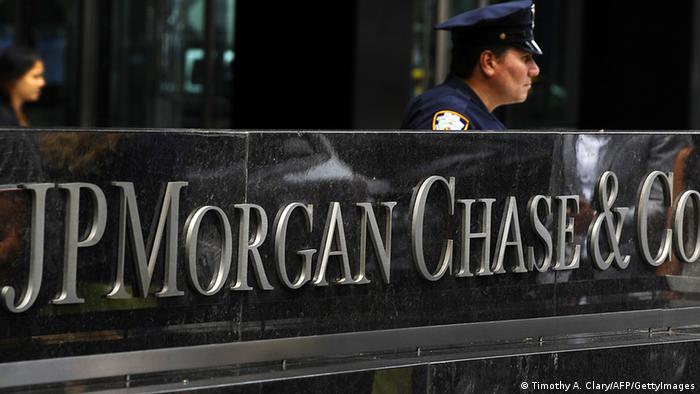 Such largesse was hardly going to go unnoticed. So when the Super League idea rapidly became engulfed in an inferno of fury from practically all corners of the game, JPMorgan Chase was in the dock alongside the 12 clubs.

"We clearly misjudged how this deal would be viewed by the wider football community and how it might impact them in the future," the bank said in a statement on April 23, when it was clear that the idea was dead. "We will learn from this."

Three days earlier, the bank's No. 2, Daniel Pinto, spoke to Bloomberg. By then, there had already been a huge outcry, but he still seemed to believe the idea was a runner. He also didn't believe the bank had suffered any reputational damage.

"It's very emotional," he said of the reactions. "We arranged a loan for a client. It's not our place to decide what is the optimum way for football to operate in Europe and the UK. So we hope that the Super League, UEFA, FIFA, the national leagues get together and decide what is the way: this Super League way, or any other way."

The next day, by which time most clubs had pulled out and the Super League was dead, Pinto released an almost identically contrite statement to the one from his employer.

That same day, in an indication that the bank's brand had been damaged, a sustainability rating agency called Standard Ethics downgraded JP Morgan Chase from an "adequate" rating to "noncompliant".

US equity finds a home in European football

Dan Plumley, a senior lecturer in sport finance at England's Sheffield Hallam University, says JPMorgan's enthusiasm for the project is part of a wider recent shift in professional football, which has seen other US financial institutions and equity firms invest in the sport.

He highlighted the examples of Burnley and Southampton Football Clubs in the English Premier League, as well as Italy's AC Milan, all of which have been either taken over or heavily bought into by US investment and private equity funds.

Even though the Super League idea collapsed almost instantaneously, he can understand how JPMorgan got involved.

"Those types of organizations, that is what they do," he told DW. "They see long term growth potential and that is why they are willing to put up large amounts of capital investment to support those ideas, whatever they are."

"There is no doubt that had this idea gone ahead, the clubs would have generated more money than they would have ever done and JPMorgan would have been a part of that from an investment point of view and it would have paid off for them in the long term," he added.

JPMorgan has strong links to the two clubs widely regarded to be the strongest backers of the project: Real Madrid and Manchester United.

The bank financed the renovation of Real Madrid's stadium, with the bank's chief executive, Jamie Dimon, flying to Madrid to meet Real's President Florentino Perez in 2018. In the case of Manchester United, the bank helped the Glazer family's controversial purchase of the club in the early 2000s.

Ultimately, JPMorgan's Super League involvement now looks like a major miscalculation. "How on Earth did they let themselves let this proposal get to where it got?" Jim O'Neill, a former Goldman Sachs economist and Manchester United supporter, told Bloomberg. "It is ridiculous and epitomizes everything that has gone wrong with modern sport, and in particular, football." 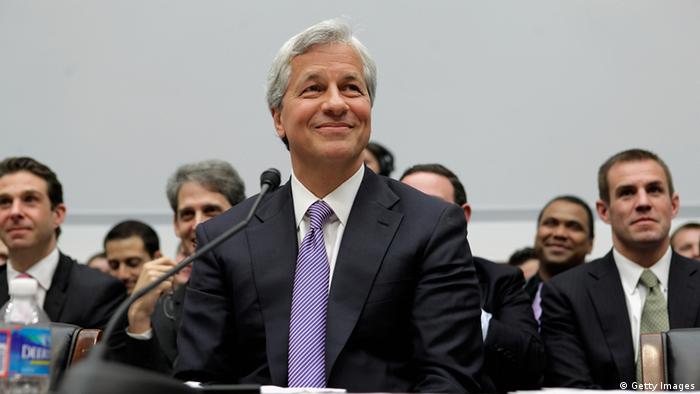 As the bank's statements show, they displayed the same level of ignorance about English football culture as the billionaire owners of the clubs leading the Super League idea did themselves. Despite the fact that these clubs deal in volumes of money associated with multinational corporations, the teams themselves are deeply embedded within local communities and are part of a culture often at odds with the world of business, that goes back more than a century.

When the bank finally realized that, amid a sea of increasingly acrimonious fan and player protests, the need for an apology and a swift retreat from the idea became obvious.

That's because JPMorgan are likely to be wooing those same fans in the near future. In January, the bank confirmed it would enter the UK retail banking market under the Chase brand, opening a digital-only bank at some point in 2021.

Before the pandemic emptied stadiums, attendance by fans at English league games in the three divisions just below the Premier League was at a six-decade high. In 2019, one-third of English people (18.4 million) attended games in one of those three leagues. Given how angry many of those people were about the threat a Super League posed to their clubs, convincing them to open a bank account with the bank that was helping to make that idea a reality could prove a hard sell.