How Japan keeps its elderly employed and active

Instead of using retirement to relax, many Japanese prefer to put their skills and knowledge to the best use for society, and have gone back to work. They say that staying at work keeps them mentally and physically fit. 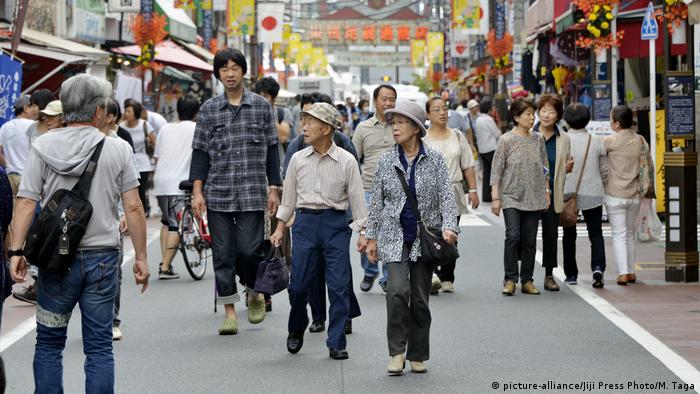 At present, one in four Japanese are over 65 and that is projected to increase to one in three in the next 15 years

A sprightly and energetic 68-year-old, Atsuko Kasa says she has absolutely no intention of slowing down. She plans to continue to work at the Silver Jinzai Center close to her home in the Japanese city of Yokohama for as long as she possibly can.

She is much too young to retire, she jokes, and wants to help others.

Kasa, who used to work in the accounting department of a cosmetics company, is one of the legions of elderly Japanese citizens who have opted to forgo the traditional retirement hobbies of gardening, get-togethers with friends and looking after the grandchildren. Instead, they have returned to the workplace.

For some, the extra income they earn through the Silver Jinzai organization is certainly a consideration, but the money is not the motivation for most. For the majority of the 700,000 pensioners who are registered with the nationwide organization that was initially set up in Tokyo in 1975, the most important things are keeping themselves busy and giving back to society. 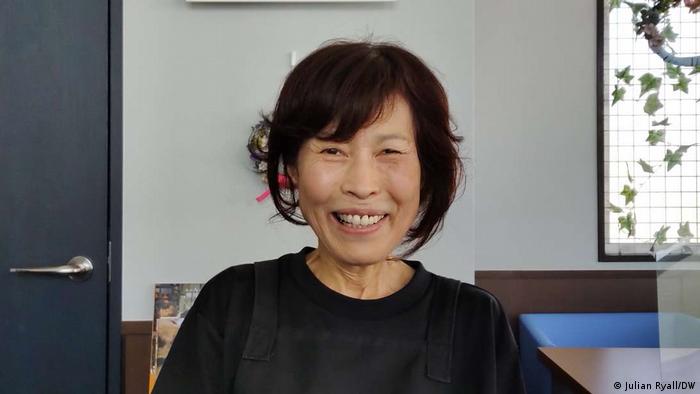 "As I began to get older, I felt that my world was becoming smaller," Kasa told DW. "In order for me to have a meaningful life, I decided to start a job where I would be able to help other people. I don't have any special skills, but I always work with a compassionate heart."

Kasa works at a support group for people with disabilities in Yokohama. She helps to prepare meals at a cafe at the special facility, saying she wanted to "take on the challenges of working in a world that I had never experienced before."

"I like this job," she said. "The people are honest, bright and kind. Actually, I love them. Also, working with the staff who support their independence enriches my life, and I am grateful to them for that."

There are about 10,000 people registered to work with the Yokohama Silver Jinzai Center, and that number has been increasing in recent years, said Takao Okada, chairman of the organization. The oldest person on the office's books is 100.

"There is a growing number of people who are healthy and very motivated to work," Okada said. "There are a wide range of reasons why our members want to work. For some it is financial, of course, but many people want to maintain their health, others want to contribute to society or make the most of their experience and skills."

Okada said Silver Jinzai workers usually worked a maximum of 20 hours a week, spread out over two or three days, and are typically employed in supermarkets; as cleaners, gardeners, receptionists, carpenters or child care assistants; or helping to look after elderly people.

Others employ know-how in computer-aided design or help pick up litter on the city's streets. People with foreign language skills are particularly in demand, Okada said.

Tasks are paid at different rates, and those vary around the country, but assistance with household chores typically earns a Silver Jinzai worker 870 yen (€6.70, $7.80) per hour, cleaning windows is 910 yen, and gardening is 1,040 yen — while the more strenuous job of clearing snow in northern prefectures is worth 1,855 yen per hour.

As well as providing additional income and keeping the nation's elderly population occupied, the scheme is also going some way to helping alleviate a worsening shortage of workers in Japan.

Though the nation's workforce is aging, the birth rate is falling and an increasing number of people are living into older age, thanks to better medicine.

At present, one in four Japanese are over 65, and that is projected to increase to one in three in the next 15 years — meaning that Japan's population is aging at a rate double that of Germany and four times faster than France's.

The government has introduced measures to reverse this trend, notably by lifting the mandatory retirement age from 65 to 70 in April, but analysts suggest that Japan will have a potentially crippling shortfall of 6.44 million workers by 2030.

And, though the Silver Jinzai network is at present helping with the existing labor shortage, experts warn that it is unlikely to be sufficient to make up for the shortfall in the future, particularly if there are better-paid options available.

"Back in 1975, when it was first set up, there were more and more elderly people who wanted to work after retirement because they felt it would keep them fit as they grew older," said Hiroshi Yoshida, a professor at Tohoku University's Research Center for Aged Economy and Society.

"However, elderly people today are so much more healthy and energetic than back then, and they simply do not consider themselves to be 'silver' or too old," he said. "This group of people want to work, but they also want a better wage, so they are looking at jobs outside the Silver Jinzai system."