How dangerous is the North Sea gas leak? | Environment | All topics from climate change to conservation | DW | 29.03.2012

How dangerous is the North Sea gas leak?

The French energy giant behind the North Sea gas leak says the environmental impact of the accident will be minimal. Experts warn, however, that flammable and poisonous substances are leaking from the damaged platform. 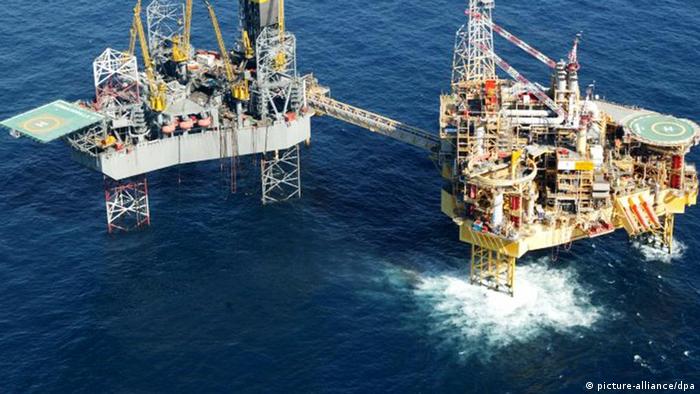 Since Sunday, when a gas leak was first detected at platform some 150 miles (241 kilometers) off the Scottish city of Aberdeen, a mix of hydrocarbon compounds has been leaking into the North Sea. What kind of mix is being released and the possible consequences of the leak remain uncertain.

There's no confirmation yet as to the exact nature of the gas. Yet experts say the leak is most likely releasing a combination of acid gas and natural gas liquids. Both were being extracted on the platform, said Jürgen Messner, a natural gas expert at Germany's Federal Institute for Geosciences and Natural Resources.

Gas liquids or condensate consist mainly of thin crude oil, which is made up of shorter hydrocarbon chains like benzine.

"We're guessing that this condensate is also what's making up the blanket of oil on the surface of the water," Messner said. Observers estimate that the oil slick around the rig covers some 4.8 square kilometers (1.9 square miles).

"Hydrogen sulfide is highly explosive and highly flammable," Messner said. At the right ratio of hydrogen sulfide to oxygen, the mixture can ignite. This might even lead to an explosion that would send the entire rig sky-high. 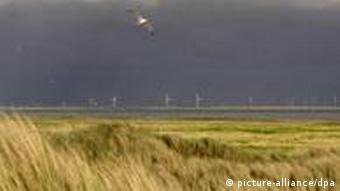 The leak is not anticipated to reach the coast

The operator of the platform, French oil company Total, evacuated all workers from the site after discovering the leak. The Shell Oil Company also evacuated two nearby rigs. Authorities set up a 4.8-km (3-mile) exclusion zone for airplanes, and a 3.2-km (2-mile) zone for ships around the site of the accident.

"Around an acid gas leak, you absolutely need to wear respiratory protection and avoid any open flames," Messner added. The workers, however, did leave a natural gas flare burning when they left the platform to relieve pressure.

Ulrich Sommer, a professor at the Helmholtz Centre for Ocean Research in Kiel, said that the poisonous hydrogen sulfide gas is the most problematic for living organisms in close proximity to the leak.

In humans, the flammable, colorless and smelly gas destroys red blood cells, which transport oxygen throughout the body. The gas, even in very small concentrations, can be deadly for people and for other lifeforms.

Stephan Lutter, an ocean protection expert with the environmental organization World Wildlife Fund, told DW that a feared long-term leak of such gas can create "dead zones" in the area, and "damage the North Sea ecosystem."

Hydrocarbons that enter the sea often cause immediate damage. Fish, for example, can suffer cell emboli if they pass through a gas bubble, Lutter explained. And oil slicks are dangerous for seabirds.

But hydrocarbons don't stay in the ocean forever and slowly decompose. "Hydrocarbons are a food source for bacteria," Sommer said. 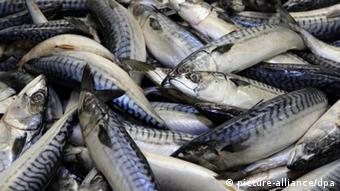 Fish caught in poisonous bubbles of sulfur dioxide could be killed

These helpful microorganisms turn complex hydrocarbon chains into carbon dioxide and water or other smaller, benign molecules, gaining energy from the process.

This also occurs after oil spills, including after the explosion of the Deepwater Horizon in the Gulf of Mexico in 2010.

Dangerous by-products, however, still present a danger. When the bacteria consume sulfur or nitrogen, these water-soluble substances can then work their way up the food chain to be consumed by ever-larger ocean animals, causing immense damage.

There's also the problem of methane, a primary component of natural gas. "Methane is a greenhouse gas, about 20 times as powerful as carbon dioxide," Sommer said. Methane released into the atmosphere can cause the earth to retain heat, contributing to climate change.

Hope for a quick end

"In any case, it's an extremely difficult situation," said Messner. So far the exact source of the leak could not be located. According to Total, drilling a relief well could take up to six months.

But there is hope that the problem could resolve itself within a foreseeable time. British Energy Minister Charles Hendry said it should be kept in mind that the source had already been mostly exploited.

Messner said that the flow of natural gas could stop on its own. "But the long-term consequences remain to be seen," he concluded.

French oil and gas giant Total has said there is no explosion risk at its Elgin platform in the North Sea. But with gas still bubbling close to a production flare that remains burning, fears have not been fully allayed. (28.03.2012)

A cloud of explosive natural gas boiling out of the North Sea off the coast of Scotland has forced the evacuation of a second rig and forced coastguards to set up an exclusion zone to ward off ships and aircraft. (27.03.2012)

BP and US government try for settlement

BP and the US government are trying to reach a settlement before the trial over the 2010 Deepwater Horizon oil spill disaster. Those affected are hoping BP and the other companies involved pay out to fix the damage. (28.02.2012)