Paintings, books, music – made by algorithms and computers, thanks to artificial intelligence. Could AI outshine human creativity? International artists and experts join in the Arts.21 talk at DW's Global Media Forum in Bonn.

In the autumn of 2018, Christie’s became the first auction house to offer a computer-generated painting, which went for a record price. What can artificial intelligence do? What should it be allowed to do? What prejudices are associated with it? How do international artists, thinkers and decision-makers see the impact of new technologies? Do they think art is in danger? A debate about the big issues of the day, with: 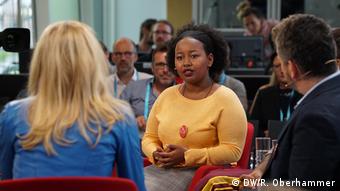 Betelhem Dessie - a star of Ethiopia’s fast-moving IT scene. She started her career at the age of nine and now, 10 years later, she is a leading figure in the country. She works for iCog Labs, which took part in the development of the humanoid robot Sophia. She’s especially interested in getting women fit for the IT sector. 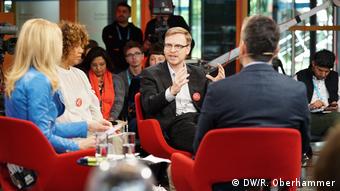 Markus Gabriel is convinced that humans are more intelligent than machines. The German philosopher and bestselling author has said: "Computers are as dumb as bricks: Machines do not 'think'. They just execute instructions.” In the computer age, philosophy is of central importance for resolving questions of ethics and morality. 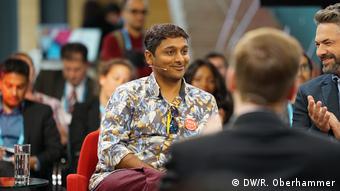 Raghava KK believes that AI is simply "another tool in the artists’ toolbox” and one that also calls our understanding of art and aesthetics into question. The multimedia artist commutes between India and New York. He is a curator and co-founder of 64/1, a creative collective that explores art and issues of the future. 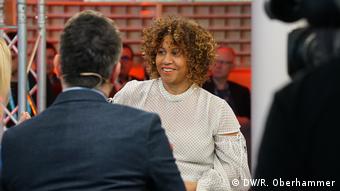 Karen Palmer, who lives in London, describes herself as a storyteller of the future. She experiments with new, immersive forms of filmmaking. For example, she integrates human-computer interaction into her work, as in neurogaming, so that viewers can influence the outcome according to their feelings. 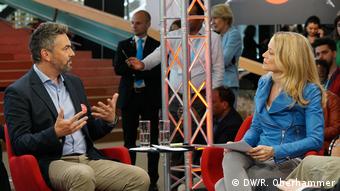 Holger Volland believes that AI should be part of general knowledge since machines are an important part of human culture. The vice-president of the Frankfurt Book Fair and author of "Die kreative Kraft der Maschinen" (The Creative Power of Machines) is torn between fascination and rejection. He has called for a wider cultural debate on the use of new technologies.

Robots have the potential to transform our everyday — including human-defined creativity. But always for the better? The opportunities and dangers of artificial intelligence was a key theme at DW's Global Media Forum.