How COVID is changing Japan′s workplace party season | Asia | An in-depth look at news from across the continent | DW | 08.12.2021 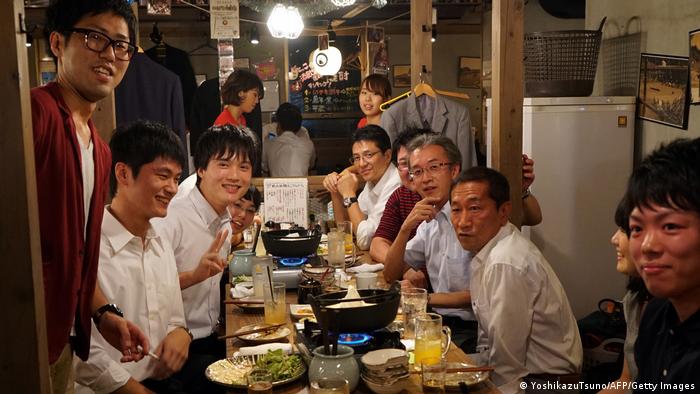 Kaori Mori said that she rarely looked forward to Japan's traditional end-of-year work parties because she is not a heavy drinker. She was relieved to find out that fewer such gatherings were being organized by her workplace this year due to the coronavirus pandemic.

"I do not want to go to one of these boisterous drinking parties right now, although we are being told that it has become easier to go out now that the state of emergency for the pandemic has been lifted," she told DW.

"If I am going out, I want to go to a nice, quiet restaurant with two or three close friends with whom I can enjoy a relaxed and peaceful conversation," she said.

Known as "nommunication" — a combination of "nomu," the Japanese word for drinking, and "communication" — nights out with colleagues, customers and business partners are a key part of work culture in the country. During December, these get-togethers are known as "bonenkai," or end-of-year parties. They run into the early weeks of the New Year when they are known as "shinenkai."

The almost obligatory drinking parties with colleagues are meant to strengthen employees' bonds and boost corporate togetherness. But this year has seen a drop in the number of parties organized.

Research indicates that Mori is in a growing majority of people who will not be partying this year. More than 70% of over 800 Japanese firms taking part in a recent survey conducted by Tokyo Shoko Research said they have no plans for "bonenkai" parties this year.

Another poll carried out by Nippon Life Insurance found that nearly 62% of the nearly 8,000 company employees interviewed said post-work drinks are "unnecessary." 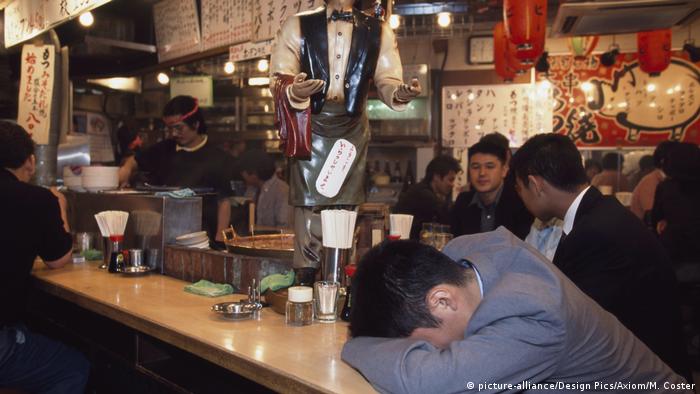 Heavy drinking is often part of the work parties

What's behind the drop in 'bonenkai' parties?

Many employees taking part in the Nippon survey said they felt they could not relax when drinking with work colleagues. Others said drinking sessions were an extension of work that they would rather avoid. More than 22% said they simply do not like drinking but feel pressured to attend company events.

Many firms explained that the coronavirus pandemic was the main reason for forgoing such parties this time around.

"Compared to two years ago, before the pandemic started, there are far fewer parties being planned this year," Ken Kato, who owns a small business in Tokyo, told DW.

"The decline really has been dramatic and while I estimate that most company employees would probably go to 10 or more year-end parties, now they are planning to go to one or two — and they won't be like in the past," Kato said.

Mori's company has issued a series of guidelines for employees to curb COVID-19 infections. These include having fewer people together in smaller spaces and having shorter parties. Her firm also advises wearing masks when not eating or drinking and arranging seating that so people can avoid face-to-face contact.

Mori said that parties in the midst of a health crisis would be more stressful than fun. She explained that virtual drinking parties were her solution to avoid extra worry.

A loss for Japan's workplace?

Ken Kato, who owns a small business in Tokyo, told DW that the decline in parties "is a little unfortunate," while understanding the reasons why employees were opting out this year.

"This sort of after-work drinking is a part ofJapanese corporate cultureand, traditionally, it has been a time for people to speak to each other frankly and without taking into consideration other people's standing or rank in the company.

He explained that the parties added value by building business relationships and implicitly teaching new staff members the company culture.

For him, meeting up in person helps cement work relationships and puts company employees at the center of the business. To lose this "would be a tragedy" he said.