How big brains in Vienna found they could make mini brains in a test tube | Science| In-depth reporting on science and technology | DW | 13.09.2013

Scientists in Austria have succeeded in growing human brain tissue. The test tube "mini brains" come from stem cells and are contributing to our understanding of human brain disorders. 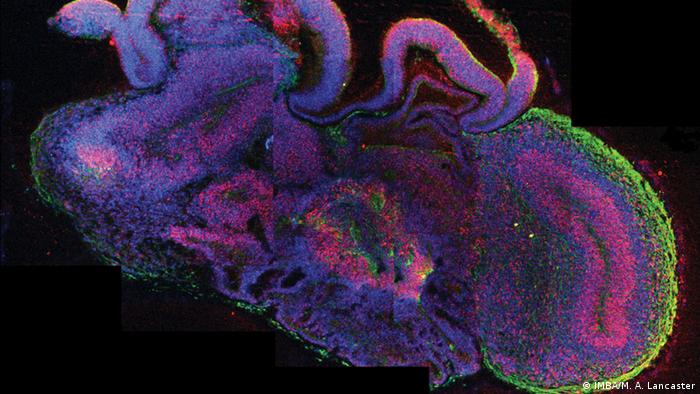 "Mini brains" sounds a lot less threatening - and a whole lot more human - than "organoids." But it's organoids that scientist Jürgen Knoblich and his colleagues at Vienna's Institute of Molecular Biology have been growing.

"They are inside a flask that is slowly being stirred," says Knoblich, pointing to whirling centrifuges, "and we need that to provide enough oxygen and nutrient supplies."

Knoblich says using the spinning bio-reactors was one of the "key tricks" which his colleague Madeline Lancaster deployed to make the system work.

But he's keen to stress that there's no new-fangled science involved.

"[What we've done] is actually quite trivial compared to the enormous outcome," says Knoblich.

Many neurologists seem to agree. One called it fascinating and exciting - with potential to understand the cause of human brain disorders. 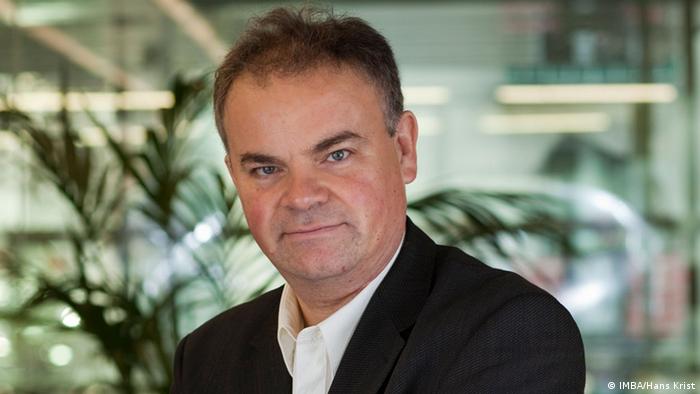 But what did these scientists set out to do?

"The purpose of this is to regenerate the earliest step of the development of a human brain," explains Knoblich. "As you know, one of the biggest problems that we have in bio-medical research is to transfer all of this knowledge that we get from animal experiments to ultimately looking at human processes and human diseases. Of course we can't do any experiments on humans and that's why we need models for this."

Human brain tissue has been grown in the laboratory before. But scientists have never achieved the three dimensional size achieved by Juergen Knoblach and his colleagues.

They did it by growing adult human stem cells and from them grew the tissue called neuroectederm - the cells in the human embryo from which the brain and nervous system develop.

The tissue was fed with special nutrients inside the spinning bio-reactor.

Scientist Madeline Lancaster says there was excitement as the organoids kept growing.

"I checked them every day or two days and saw that they were growing and growing and growing," says Lancaster, "and there was a moment when I thought, man are these things ever going stop growing because they were just getting so big. Because 3 to 4 millimeters, which is about the limit they get to, is quite big for any other in vitro methods that people have used. So it was a surprise for me to see them just continuing to grow… much further than I actually expected."

But just how cerebral is a mini-brain? Dr Dean Burnett is a lecturer in neurology at Cardiff University in the United Kingdom and was not involved in the research. 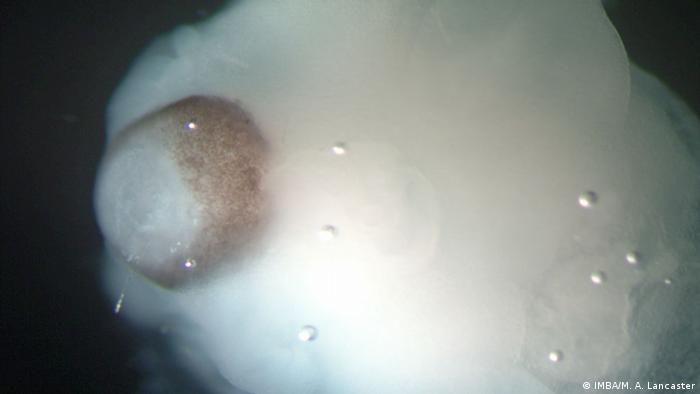 An organoid close up: "we can see the cortex, hippocampus, and even an eye."

"High emotion and cognition… it seems to be well, well below the level of complexity that we recognize the brain for, but it does appear to be able to signal and form connections between one part and the next, which is really important and perhaps the most fundamental part of the brain," says Dr Burnett. "That's what it does and that's what allows it to do all these complex and difficult things."

Back in the lab, Juergen Knoblich explains what can be seen under the microscope.

"In principle we can see various parts of the human brain in there. We can see the cortex, we can see the hippocampus, and we can even see an eye growing. They are properly organized and if we look at individual parts of the brain, then they are organized in a surprisingly precise manner. But the entire organoid doesn't resemble a brain," says Knoblich.

Knoblich's team at the Institute for Molecular Biology acknowledges the organoids will never develop anything like the full complexity of the human brain. The lack of blood circulation with nutrients and oxygen hamper further growth.

"I often compare this to a car where the engine would be on the roof, the exhaust pipe pointing to the front, the gearbox in the trunk and the wheels pointing upwards," says Knoblich. "A car like that, you can still use it to study how an engine works because it's properly connected to the other parts but it will never… it will never drive." 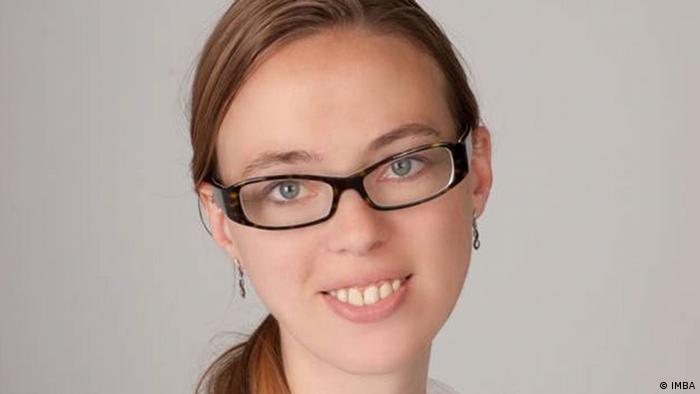 And for Madeline Lancaster the real benefit stemming from her work is that other scientists will in future have human brains - mini brains - on demand as they explore the causes of brain disorders.

"As you can imagine it's quite difficult to model disorders like schizophrenia in traditional models like mice and so having a model system that actually mimics aspects of the human developing brain we can now look at factors that may be leading to schizophrenia or other disorders like autism," Lancaster says.

Details of the work by Juergen Knoblich and Madeline Lancaster have been published in the journal Nature.

Doctors currently decide on their own when it comes to determining whether to treat patients suffering from depression with antidepressants or psychotherapy. But researchers in the US say a brain scan might change that. (30.08.2013)

Researchers have localized a significant schizophrenia gene in remote parts of northern Finland. The risk of developing the illness is three times higher there than elsewhere. (07.08.2013)