A small Scottish publishing house is behind the English translations of the crime novels that led to the German TV series "Babylon Berlin." Sandstone Press didn't know at first that the books would become a hit show. 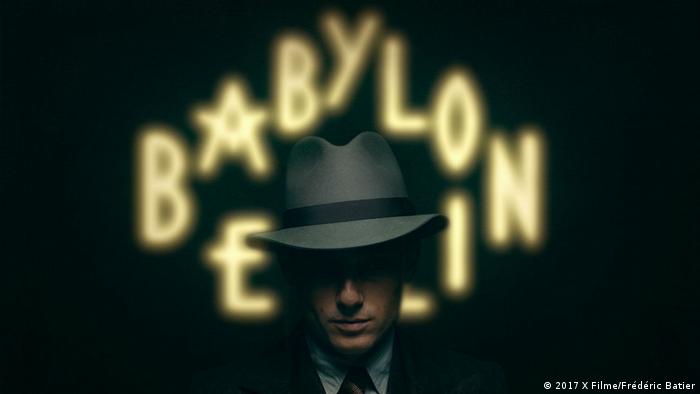 At first, it seems an incongruous pairing: A small independent publisher, based in the remote Scottish Highlands, and a series of hugely successful German crime novels turned into an international TV blockbuster.

Yet, it was Sandstone Press and its director Robert Davidson who secured the English language rights to the "Babylon Berlin" books by German author Volker Kutscher, a year before it was announced they were being adapted for the small screen — a bet that has paid off handsomely with the books now flying off the shelves. 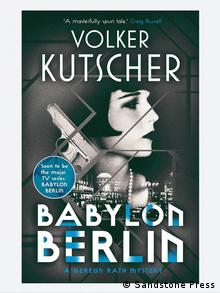 Davidson, who founded Sandstone Press 15 years ago in the small town of Dingwall, near Inverness, has already published the English translations of the first two books: "Der Nasse Fisch," under the title "Babylon Berlin," and "Der Stumme Tod" — "The Silent Death." Niall Sellar provided the German-to-English translations of both works.

The series features Gereon Rath, a troubled cop working in the decadent and dangerous Berlin of the late 1920s and early 1930s. The third translation, "Goldstein," is due to be published in May.

Sandstone Press is reaping the rewards now that the Weimar noir bestsellers having been turned into the German-language TV series, "Babylon Berlin." The show, the most-expensive non-English drama series ever produced, is a major hit at home, and has also been sold to 60 TV markets, including the United Kingdom and the United States.

While the first two books were already selling quite well, the lavishly produced TV show, which premiered in the UK on Sky Atlantic in November and launches on Netflix in the US later this month, has caused a "sharp" increase in sales, Davidson told DW.  "After the TV show started they were going out in their hundreds." The original print run of the first book was 4,000, but the number of printed copies has already exceeded 17,000.

The intrigues of cabaret, the rise of the Nazis and Weimar Germany

For a small publisher with just 30 or so titles a year, taking on the then unknown German novels was to embark on something of a risky journey, one that began at the Frankfurt Book Fair back in 2014.

Davidson had scheduled a meeting with Iris Brandt, director of foreign rights at Kiepenheuer & Witsch, Kutscher's German publisher.  The Scot was on the lookout for foreign titles, having already published two Norwegian books. "I was about to leave and then Iris had an additional thought and reached behind her and produced a copy of 'Der Nasse Fisch.'"

Davidson was immediately intrigued. "I thought of the world of 'Cabaret,' the rise of the Nazis, and Weimar Germany, that decadent thing you get with 'Cabaret' but with that touch of realism that crime can bring." 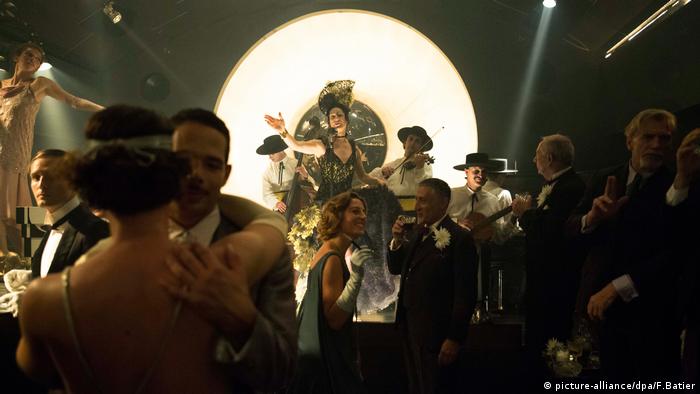 "Babylon Berlin" depicts the intriguing cabaret culture from the 1920s, before the rise of the Nazis

While Brandt had mentioned that there was some interest in adapting the books for TV, Davidson didn't take this too seriously. "If you go to book fairs you hear that a lot. People are trying to sell you something and that makes it more attractive, so that was not the reason I took it on. It was because of the excitement of the project."

In fact, the TV show adaption was first announced in 2016, two years later.

With the first book running to 560 pages, the costs involved in turning those books into English would be prohibitive. Davidson began to explore external support in the form of translation grants and ended up with the backing of both local Scottish funding body XpoNorth and Germany's cultural body, the Goethe-Institut. 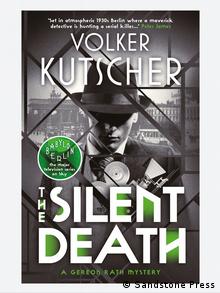 The second title of the "Babylon Berlin" series

The latter grant was a result of the original two books having featured in New Books in German, a bi-annual magazine published in London that promotes the best of German-language literature. "We were impressed by how Kutscher married such great storylines with the fascinating setting of interwar Berlin," the magazine's editor Charlotte Ryland said.

Once a book is selected for review in the magazine, a translation grant is guaranteed from one of its partners, including the Goethe-Institute, Ryland explained. In her experience, "the guarantee of a grant does contribute to rights sales. Publishing a novel in translation is still perceived as a risk, so anything that mitigates that is helpful."

The grants meant that the risk taken on the Kutscher books was not "existential" for Sandstone Press, Davidson said. At the same time, a failure would have been a blow not just financially, but also in terms of their strategy as publishers.

Beyond crime: A strong historical background

"It's hard to be sure what makes a book a success or not. We go for what we believe is quality," Davidson said.

The fact that the Kutscher books were crime helped, as did the historical background of the 1920s and 30s and the rise of the Nazis. Also, crucially for him, they were "written by a German from within German culture, who is a stickler for history and who is questioning how such a thing can happen from his grandparents' generation."

The fact that the books had already been a commercial success in Germany also helped with the decision. "We took it to be worth the risk and so it has proved."

Read more: The Roaring Twenties — an illustrated trip through an eventful decade 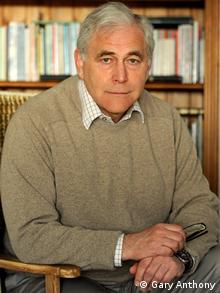 An ambitious publisher in the Highlands

Despite its remote location, Sandstone Press has always had international ambitions. As well as the Norwegian and German books, they are publishing a translation of "Celestial Bodies" by the Omani writer Jokha Alharthi later this year.  "I feel that if you are going to be a serious literary publisher you are going to have to publish in translation," Davidson said.

As for being away from the major publishing centers, he might miss out on the "rubbing shoulders" and networking that goes on in London or New York, but the lower costs of operating away from major cities can be an advantage.  "If you are fighting tight margins, as everyone is in publishing no matter what size, then there are savings to be made by not being in London."

Meanwhile, Davidson hopes to continue to be part of the "Babylon Berlin" story by securing the rights to other books in the series. Kutscher has written six Gereon Rath novels so far and is planning at least three more to take his hero up to the Kristallnacht pogrom of November 1938.

"Every book is good and I think in terms of readability, the crime qualities get better by the book," Davidson said.

"We have become the center of the English language aspect of it and we are just so pleased with this."

Dubbed "the German answer to 'Stranger Things,'" Netflix's first original German-language series, "Dark," offers a daring and angst-ridden confirmation of a TV renaissance in the country. (29.11.2017)