'The Bomb' uses facts and images to tell the complete story. And it's not the first illustrated work to deal with the topic. 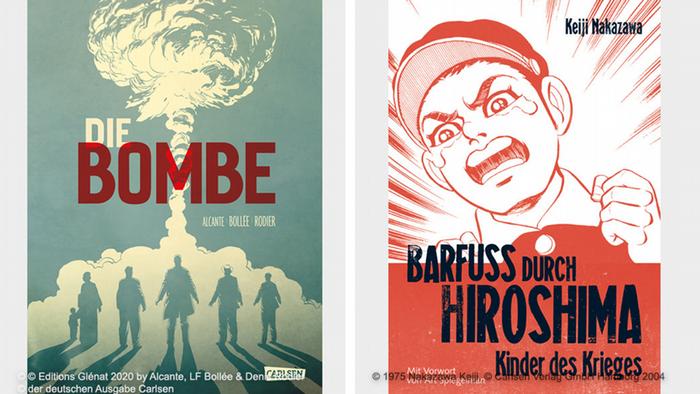 On the morning of August 6, 1945, at 8:15 a bomb detonated over the city of Hiroshima with an explosive force the equivalent of 15,000 tons of TNT. Over 90% of the city's housing burned to the ground, and over 200,000 people died in the first five years after it detonated.

In more than 470 pages, a new graphic novel, The Bomb (original: La Bombe in French), tells the story of humankind's greatest weapon of mass destruction, the so-called ultimate weapon of World War II: the atomic bomb the US dropped on Hiroshima, Japan.

In it, one sees drawings of a city in ruins: people's faces, zombie-like, bearing the signs of terror.  But is a graphic novel the right medium to deal with such a catastrophe? Didier Alcante, one of the publication's authors, says the answer is a resounding yes. For him, it is actually the perfect medium to tell the story of such an atrocity. "On the one hand, you can use the text to convey complex scientific content. You can read at your own pace and understand its complexity. And on the other hand, drawings can be used to convey the emotions." Over 20 pages of the book do not include text, relying instead on images to illustrate the force of the atomic bomb'sexplosion. 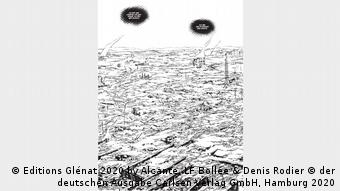 The destruction of Hiroshima, as reflected in the graphic novel "La Bombe"

Meticulous research on the a-bomb

Part of the book's genius lies in the thorough research done by its authors. The scenes, military operations described and even the characters — from scientists to officers to politicians — are based on factual events and real people. No detail is spared during the explanation of the complex technology behind an atomic bomb, which is explained comprehensibly, yet understandably. Authors Didier Alcante (a Belgian) and Laurent-Frédéric Bollée (a Frenchman) worked for four years with the illustrator and author Denis Rodier (a Canadian) to perfect the publication, which was the culmination of several years of research. 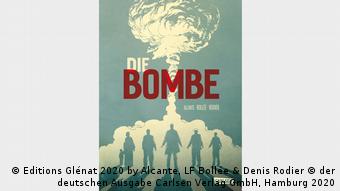 "In 1978, I was eight years old at the time, a Japanese boy came to my class. We lived in Belgium and he didn't know a word of French. I helped him at school, we became very good friends and still are today," remembers Alcante. Later, this friend became one of the protagonists in the book. In 1981, Alcante visited his Japanese friend in Hiroshima and had a life-changing experience. "We visited the museum in Hiroshima. There were many photos of corpses, destruction and chaos. What struck me most was a shadow of a person literally fixed to a staircase." This "shadow" was the remains of a person who was about 250 meters from the epicenter and died in the explosion. What was left of him were nothing more than marks on the wall. "It was very formative for me to see a shadow and to know there was someone and now ... nobody, a shadow, a ghost. When I was a young man, I could not believe how such a beautiful country could be destroyed. Later, I started researching, reading and learned a lot about the military system in Japan," says the author. 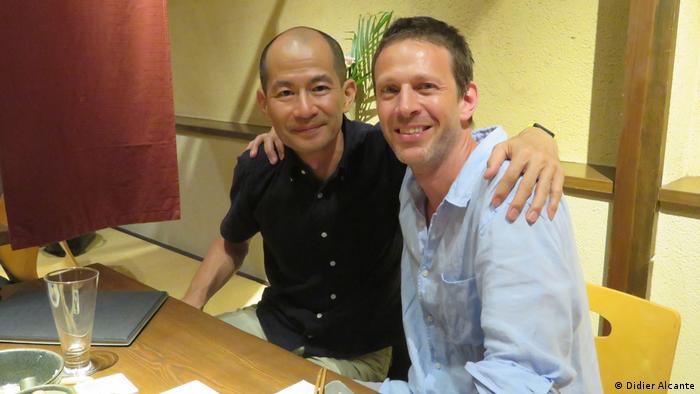 Giving a face to the forgotten

The graphic novel portrays scientists who worked on the Manhattan research project that produced the bomb. One of them is Leó Szilárd, a Hungarian physicist who was involved in the construction of the bomb but later strongly advised against its use. "The more I read about him, the more admiration I had for him. He could have taught at any renowned university or won the Nobel Prize, but he made the US military uncomfortable because he was against the use of the bomb. I regret not having described his life in more detail in the book. I could have written 2,000 pages, but the illustrators wouldn't have been happy," laughs Alcante.

In the book, Alcante also tries to capture the unique aspects of Japanese culture. "There is a place where the Japanese father hugs his son, who is returning home from military service after fighting against China. But when my Japanese friend saw the drawing, he said: "The Japanese don't do that. Father and son greet each other respectfully, but they don't hug in a situation like this." And so, through the book, the reader also learns about Japanese customs. 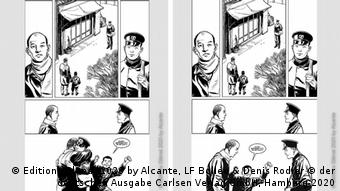 Different customs: The illustration at the left shows father and son hugging; the scene on the right made it into the book, as it depicts father and son greeting each other at some distance

The first graphic novel about the atomic bomb was written in the 1970s: an autobiographical masterpiece by manga artist and writer Keiji Nakazawa, who describes the life of the Japanese before and after the atomic bomb. Nakazawa grew up in Hiroshima, and his stories begin in the first years of the war before the bomb was dropped on his city in his feature titled I Saw It. His character, six-year-old Gen Nakaoka, describes scenes of deprivation and hunger, including siblings fighting over a potato or collecting grasshoppers because there is nothing else to eat. Nakazawa also describes the exclusion and mockery the family is subjected to because their own father is against the war. "They can inflict wounds on my body, but never on my soul," says the father in the book when he comes home with bruises after a police interrogation. 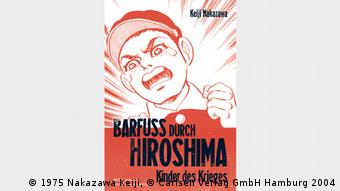 Keiji Nakazawa's "Barefoot Gen" is available in English, as well as in German, as shown here

Nakazawa's memories of that time are impressively portrayed in the longer autobiographical book Barefoot Gen. He was only 1.4 kilometers (less than a mile) away from the epicenter when the bomb detonated on August 6, 1945. In his drawings, the book begins with a rising sun and the words: "Hiroshima began its day like any other, despite the fact that hell was soon to rain down on the city."

Miraculously, he survived along with his heavily pregnant mother, who gives birth a few hours after the explosion, like the mother portrayed in the book. After the birth, she holds her newborn in her hands and says: "When you grow up, you must never allow anything like this to happen again!"

Nakazawa lost most of his other family members in the Hiroshima blast. "I gave my main character the name Gen in the hope that he can be a root and source of strength for a new generation of humanity, a generation that can walk barefoot on the scorched earth of Hiroshima, feel the earth under their bare feet and have the power to say 'No' to nuclear weapons. I try to live with Gen's strength. That is my ideal and I will continue to pursue it in my work," Nakazawa wrote in 1987. Keiji Nakazawa died of cancer in 2012.

Keiji Nakazawa's "Barefoot Gen" is available in English. Didier Alcante, Laurent-Frédérich Bollée and Denis Rodier's "La Bombe" was published in French in March 2020, and in German in June 2020.

Nora Krug is the author of a bestselling graphic memoir titled "Heimat," which looks into her family's involvement in World War II. DW asked her what we can learn from the generation of "followers" of the Nazi Party.

More than 200,000 people died in the battle for Okinawa. The US has maintained a heavy military presence on the island since WWII, with the base highly unpopular with the locals and yet of crucial importance to Tokyo.