Around 60 percent of all trips to Germany are still being booked through travel agencies, but online platforms are becoming more and more popular. 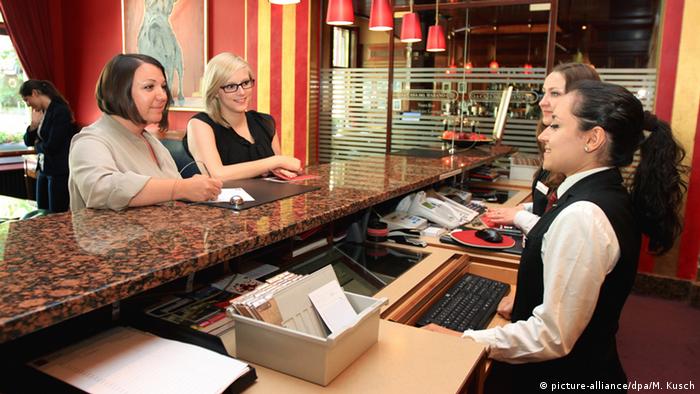 The German hotel industry registered about 423 million overnight stays in 2014, making it a record year for the fifth time in a row, reported Christopher Lück, spokesman of the German Hotel Association (IHA).

Despite this success, online booking websites such as Airbnb, which list private rooms and apartments, may turn out to be critical competition. "This is a player we are taking very seriously," says Lück. It may be seen as an additional specialized offer, but it is nevertheless growing considerably.

According to Airbnb, the portal listed 38,000 accommodations in Germany in 2014, twice as many as the previous year, said spokesman Julian Trautwein. The number of guests quadrupled: Around one million people have taken advantage of this offer. 80 percent of them come from abroad.