A British court has sentenced a 30-year-old man to at least 25 years in prison after being found guilty of sexual abusing dozens of children while working as a teacher in Malaysia. The youngest victim was six months old. 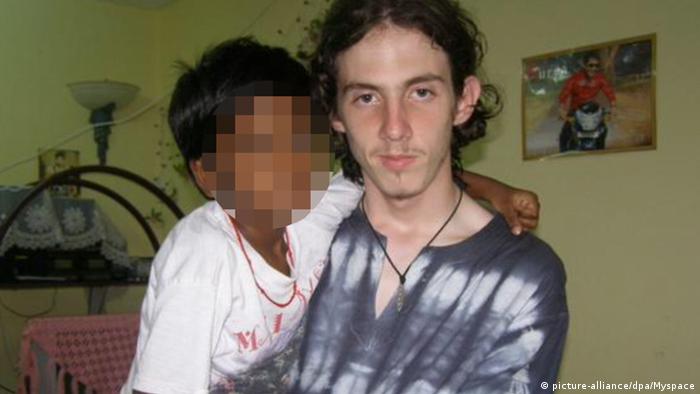 Judge Peter Rook handed Richard Huckle 22 life sentences on Monday, ordering the 30-year-old to serve a minimum term of 25 years in jail. The freelance photographer from Kent in southern England admitted to an unprecedented number of sexual offenses against children between 2006 and 2014.

"You have pleaded guilty to as many as 71 sexual offenses. It is very rare indeed that a judge has to sentence sexual offending by one person on such a scale as this," Rook said, adding that Huckle was "consumed by and obsessed with his own sexual gratification."

His "campaign of rape" was of "deep concern," the judge said.

Anthony Hill of the Crown Prosecution Service said it was "hard to put into words the sheer depravity of this case."

Huckle had subjected his victims "to the most horrifying abuse imaginable," he said.

Huckle first visited Malaysia at the age of 19 as part of a teaching gap year. The court heard how he used his position of trust and authority as a teacher to befriend several families there in order to gain access to the children he abused. Some 23 children, aged between six months and 12 years old were identified in Huckle's 71 charges.

Some of the abuse was filmed and sold through pedophile forums on "dark web" internet sites, prosecutors said.

Police arrested Huckle as he arrived at London Gatwick airport in December 2014, following a tip-off from detectives in Australia.

More than 20,000 indecent images of children were found on his computer and cameras. According to the National Crime Agency, more than 1,100 images "showed him raping and abusing children in his care."

The agency had tracked and arrested Huckle using legislation which enables British citizens to be prosecuted for crimes committed abroad.

The convicted pedophile also created a "manual" called "Pedophiles and Poverty: Child Lover Guide," and offered advice to others online.

"If you really want to fully embrace child love, poverty is the way to go."

'Borders are no barrier'

Prior to his sentencing on Monday, Huckle claimed that he wanted to leave his "madness" in the past and settle down with a south Indian woman. During the court case, however, the jury was shown another online post from 2013 in which he said he planned to marry one of his victims in a bid to help him abuse more children.

Following Monday's sentencing, James Traynor, a child protection officer from the National Crime Agency said that Huckle deliberately travelled to a part of the world where he thought he could abuse vulnerable children without being caught.

"Borders are no barrier," he said. "We are determined that those who go abroad to abuse children will be held to account."

Pakistan's independent human rights commission, HRCP, says it has received "credible testimonies" confirming a massive child abuse scandal in Punjab, which the government had earlier played down as a land dispute. (20.08.2015)

The German federal cabinet has moved to bolster regulations on possession and dissemination of explicit material depicting minors. The measures come after the Edathy Affair triggered a debate about child pornography. (17.09.2014)

Dozens arrested as child-abuse ring is 'dismantled' in international investigation

A major pedophile ring has been smashed in a joint operation involving UK, US and Australian investigators. A Philippine-based gang allegedly charged money to stream children being abused live on the Internet. (16.01.2014)