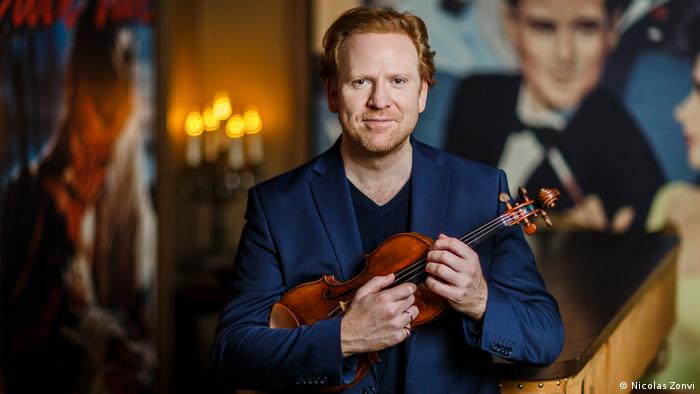 "All my life I've been obsessed with Beethoven," said Daniel Hope in Bonn on Monday, March 9. "And every time I come here, I get a bit closer to him."

Following in the footsteps of prior Beethoven House presidents — the conductor Kurt Masur and the violist Tabea Zimmermann — Daniel Hope's job will be more representational than operational. Nonetheless, he gave a hint of the future contours of the house's yearly chamber music festival, the BTHVN Week, and announced that the first edition, in 2021, will be inspired by the association's first honorary president, the famous 19th century violinist and composer Joseph Joachim.

It was Joachim who launched the first festival at the Beethoven House after its association was founded in 1889. At that series of events, Joachim presented not only music by Beethoven but also cutting-edge musicians of the time, names that are largely unfamiliar nowadays, such as the Bohemian composer Ignaz Moscheles. 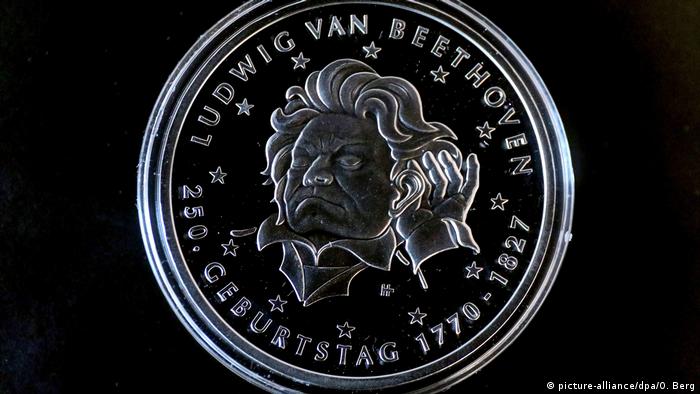 The German treasury recently minted a €20 silver coin for the Beethoven anniversary that, with a limited edition of 900,000 units, is certain to become a collector's item

Although the details are still to be announced, one of Daniel Hope's first projects will be to recreate the playbill of a concert from those days. Another will be to include venues in the community outside the Beethoven House's chamber hall — including schools and retirement homes.

The festivals under Joseph Joachim's direction were the first of their kind worldwide, said Hope, adding, "We have so much to be grateful to Joachim for, including the first successful performance of Beethoven's violin concerto, performed when he was only twelve years old and under the musical direction of Felix Mendelssohn."

In terms of scheduling, the yearly BTHVN week will be shifted from January to May. Inspired by Joseph Joachim, Hope intends to broaden the spectrum of programming to include various styles and epochs, including contemporary music.

A violinist with multiple talents

Born in 1973 in Durbin, South Africa, the British violinist Daniel Hope is a familiar name in classical music circles. Beyond performing onstage as well as recording, his website describes him as a broadcaster, musical activist, producer and author. His media activities include hosting a radio program on Germany's public broadcaster WDR. Hope is also the associate artistic director of the Savannah Music Festival in that city in the US state of Georgia. 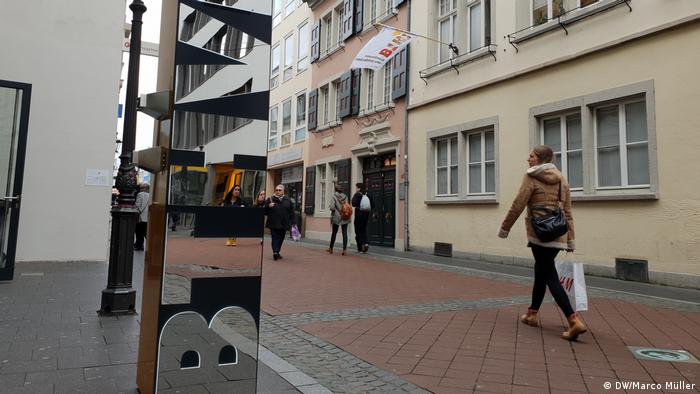 Small, but with heavy traffic: the Beethoven House with its pink facade

With this year's extended BTHVN Week still fresh in one's mind — presenting all of the composer's chamber music in a 16-concert, expanded edition of the festival — details of the first BTHVN Week under Beethoven House president Daniel Hope are to be released at the end of April 2020.

Beyond the chamber music festival, Hope says, "I see my role as the Beethoven House's international ambassador," with the aim of using his international contacts to attract additional promoters and artists to the institution. Attracting 100,000 visitors yearly, the museum that includes Beethoven memorabilia has recently undergone extensive restoration and expansion.

As part of the ongoing commemorative events of the Beethoven anniversary year, Daniel Hope participated in a five-concert marathon at the Beethoven House on the weekend of March 7 and 8. July 7 will see a performance by one of Hope's earliest idols, the American violinist Pinchas Zuckerman. On September 19, Hope will participate in a performance by the Zurich Chamber Orchestra during the annual Beethovenfest and will also perform during the "Long Beethoven Night" on December 16, marking Beethoven's 250th birthday and the conclusion of the commemorative year.

In the Beethoven anniversary year, the London musicians shook the Bonn Opera with the composer's Seventh Symphony — and delivered a stirringly somber message from the composer Alban Berg. (23.02.2020)