Hope fades for survival of workers at sunken Russian rig | World| Breaking news and perspectives from around the globe | DW | 19.12.2011

Hope fades for survival of workers at sunken Russian rig

Russian rescuers are clinging to hope of finding survivors after the sinking of an oil rig off Russia's eastern coast. The search teams admitted, however, that it would be a 'miracle' if they found anyone. 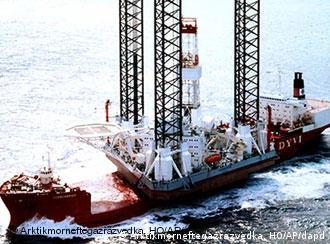 The workers were adrift in icy waters after the rig capsized

Search operations continued in the icy waters off Russia's eastern coast early Monday as scores remain missing after an oil rig sunk near the Sakhalin island in the Sea of Okhotsk.

"Until all the people are found the rescue operation will not be concluded," said Natalya Salkina, a spokeswoman for federal transport investigators in Russia's far eastern city of Khabarovsk.

The Russian Emergencies Ministry (EMERCOM), which usually coordinates rescue operations, declined to confirm reports coming from the rig operator that a raft had been spotted with people on it.

Of the 67 people on the rig, 14 were saved by vessels accompanying the rig, but 6-meter (20 ft) high waves and temperatures of minus 7 degrees Celsius (19 Fahrenheit) hindered rescue efforts. Rescuers said 16 bodies had been found. 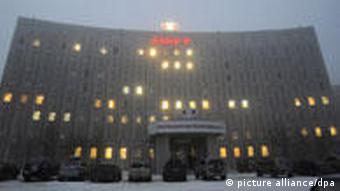 EMERCOM said in a statement that the rig had turned over as it was being towed by a tugboat and ice breaker from the Kamchatka peninsula towards Sakhalin Island amid high winds and temperatures of minus 17 degrees Celsius.

"[The] main suspected reason for the accident was a violation of safety regulations by transporting the platform with no account for weather conditions, as there was a strong storm in the area," a Russian investigative committee said in a statement.

The Kolskoye rig was engaged in shelf exploration for Gazflot, a subsidiary of Russia's gas monopoly Gazprom, but had not been doing drilling work, so an oil spill is considered unlikely.´

Russia has taken yet another step in its push to penetrate the German natural gas market. State-owned Gazprom, already the largest provider of gas to big German utilities, now plans to sell directly to end consumers. (15.11.2011)

Seven people drowned after a motor boat collided with a barge and sunk in the Moskva River just north of Moscow. The accident comes just after the sinking of a ship on the Volga, in which 122 people were killed. (31.07.2011)

Russia has seen a second weekend of protests, although turnout was significantly lower than one week ago. President Medvedev has dismissed US criticism as "Cold War talk." (18.12.2011)