Police in Hong Kong say they will spray protesters for identification purposes. China's official news agency has warned that Beijing will not let the situation in the former British colony continue.

Hong Kong police said on Sunday they will use the colored liquid — which they say is edible and harmless but will stay on skin and clothes — to distinguish demonstrators from non-protesting members of the public.

Pro-democracy protesters moved to the upscale shopping district of Causeway Bay after riot police used tear gas to clear an area they were previously occupying during planned rallies.

Protesters had used what appeared to be a long, homemade slingshot to hurl rocks, bricks and other objects towards windows at a police station.

What started as demonstrations against a controversial extradition law has blossomed into a movement fighting for expanded democratic rights and autonomy.

Recent protests have started to turn violent, with police taking bolder actions to disperse protesters, including firing rubber bullets and detaining dozens of participants. Around 20 people were arrested during the protests on Saturday and Sunday.

Thousands of demonstrators dressed in black on Sunday marched peacefully in the town of Tseung Kwan O brandishing colorful banners and leaflets, ahead of a general strike expected to take place on Monday.

"We're trying to tell the government to (withdraw) the extradition bill and to police to stop the investigations and the violence," said technology student Gabriel Lee. 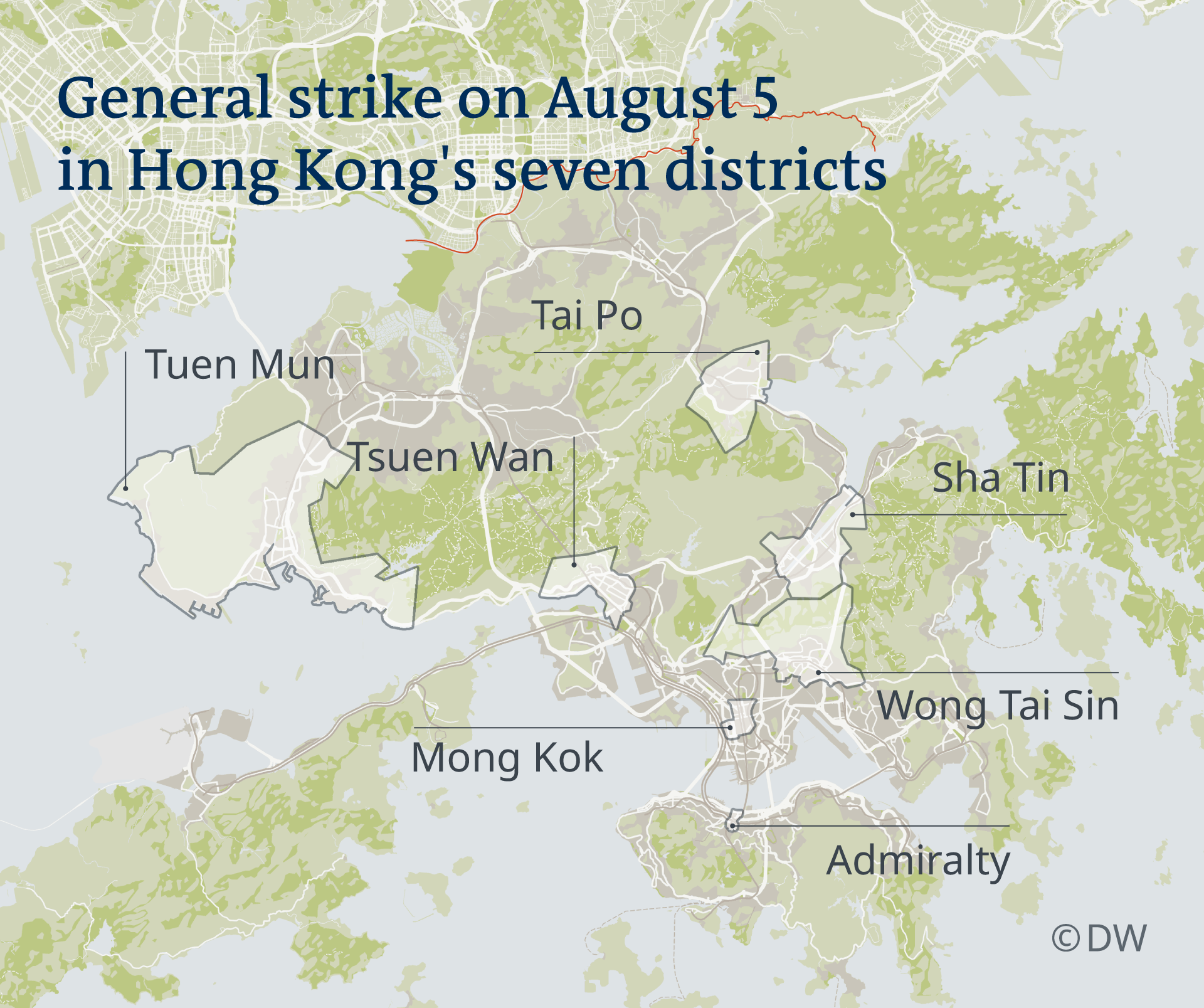 Leung said that the act will provoke "enormous resentment from the entire nation." He pledged the cash award to anyone who provides clues about the "insane person" behind it.