Two prominent lawmakers in Hong Kong have been arrested over their role in the anti-government protests last year. Both are opposition lawmakers of the Democratic Party and vocal critics of Beijing. 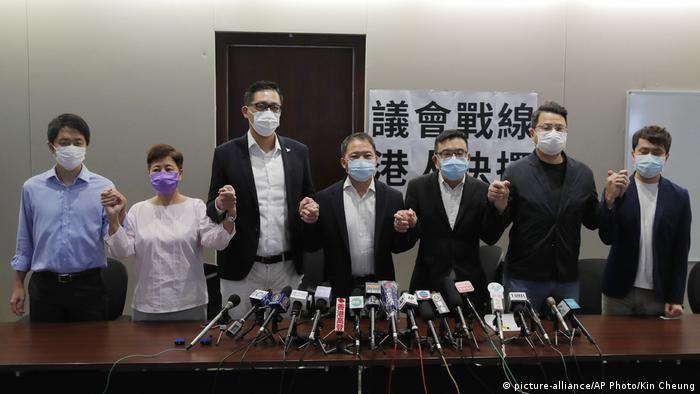 Two prominent opposition lawmakers in Hong Kong were arrested on Wednesday morning over their involvement in last year's anti-government protests. The arrests are the latest instances of a crackdown against the city's pro-democracy movement.

Lam Cheuk-ting and Ted Hui, both legislators of Hong Kong's Democratic Party, were arrested from their homes in early morning raids by the police.

Lam has been charged with damage to property and obstructing the course of justice during a protest on 6 July 2019, and for suspicion of participating in a riot on July 21 that same year, according to his Facebook page.

On that day, "He was actually a victim doing live stream (and was) injured by white shirt gangs," the Democratic Party said in a tweet, referring to a group of government supporters who attacked dozens of pro-democracy protesters.

Ted Hui was also arrested for his role in the July 6 protest, according to his party. In footage of Hui's arrest, released by the lawmaker's office, police say he is charged with attempted obstruction of justice, access to a computer with criminal or dishonest intent, and criminal damage. 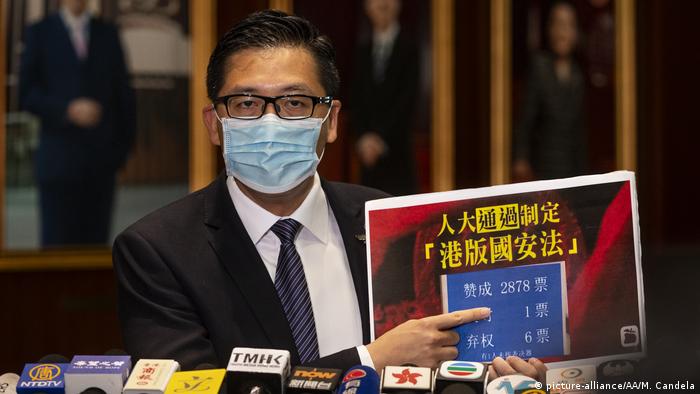 Apart from Lam and Hui, 14 other people were arrested as part of the police operation on Wednesday morning, according to local media reports. The operation focused on the anti-government protests in July 2019.

Pro-democracy protests in Hong Kong gathered steam in June last year and went on for seven straight months during which over 9,000 people were arrested.

The often-violent protests led to a crackdown by China that ultimately resulted in Beijing imposing a controversial national security law in late June this year.

Under the new law, Beijing tightened control over Hong Kong and removed the legal firewall between the mainland and the semi-autonomous city. The pro-democracy movement was made illegal and those calling for greater autonomy or independence face lengthy prison sentences.

China has hit back at these nations, often threatening them with "consequences," even as the city government arrested several prominent pro-democracy figures, including media tycoon Jimmy Lai, who was later released on bail.