Hong Kong's top official has told protesters to clear the streets by Monday or face police action. Demonstrators have occupied the financial district for a week in a call for democratic reform. 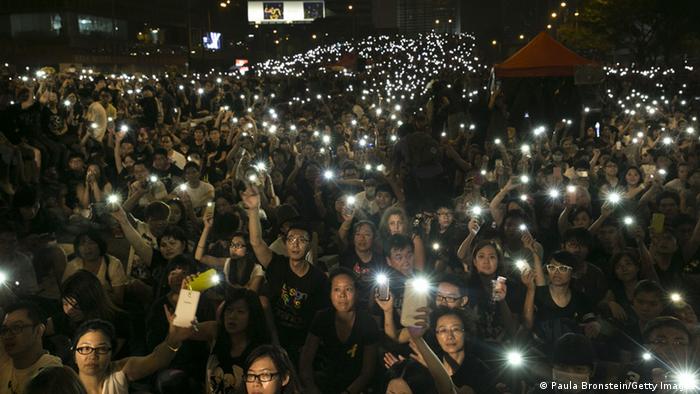 "The government and the police have the duty and determination to take all necessary actions to restore social order, so that the government and some seven million people of Hong Kong can return to their normal work and life," Leung Chun-ying added.

The civil unrest movement began after the Chinese government passed a law last month which removes the democratic right from Hong Kong citizens to choose their own chief executive. Instead, Beijing will appoint a 1,200-person committee which will then nominate candidates for the 2017 election. The move was seen as a reversal of China's promise that the elections, the first since the 1997 handover, would be decided by universal suffrage.

The chief executive also called on the Occupy movement to refrain from violence.

"There are many problems to be resolved in society, but the right way is through rational communication to seek common ground while holding back differences…not fighting on the streets, which makes things worse," the Hong Kong leader said.

However, participants deny causing the violent unrest, instead contending that members of "triad" criminal gangs began the attacks, which broke out on Friday after a week of relatively peaceful rallies.

Protesters have since accused the security forces of turning a blind eye to and, in some cases, helping the triad in the Mong Kok district.

On Saturday, the Hong Kong Federation of Students said it would resume negotiations with the government if officials agreed to investigate the police's role in the recent gang attacks.

"The government should show commitment in investigating the incident, investigate why the police wer so lax in enforcement, accusations of helping criminals and to give an explanation to the public as soon as possible," the student union said.

"As long as the government responds [to our request] the students are willing to talk again," it added.