The sculpture, named "Pillar of Shame," mourns those who were killed by Chinese troops at Tiananmen Square in 1989. It was installed at the University of Hong Kong in 1997, when the territory was handed back to China. 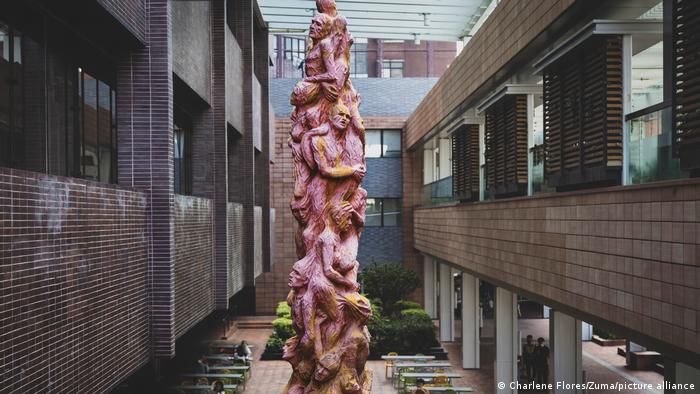 Danish artist Jens Galschiot has hired a lawyer to secure a sculpture installed at the University of Hong Kong's campus after HKU ordered its removal last week. Authorities said it must be removed by 5 p.m. (local time) on Wednesday.

The sculpture, named Pillar of Shame, was installed in Hong Kong in 1997, the year the territory was returned to China. The 8-meter (26-foot) piece of art mourns the people killed by Chinese troops around Beijing's Tiananmen Square in 1989.

According to the university, the removal of the sculpture, which shows 50 bodies of democracy protesters, was ordered on "legal advice" as Beijing cracks down on dissent in the former British colony.

Assessing the legality of removal

"I hope that my ownership of the sculpture will be respected and that I will be able to transport the sculpture out of Hong Kong under orderly conditions and without it having suffered from any damage," Galshiot told the AFP news agency, adding that he had engaged a local lawyer and requested a hearing with HKU.

Earlier, Galschiot had threatened to seek redress from Hong Kong's oldest university should his sculpture be damaged when removed from campus.

The university engaged the services of Mayer Brown, a Chicago-founded global law firm, according to The Washington Post. The firm is known for its work on police accountability and civil rights issues in the United States.

Several nonprofit groups urged Mayer Brown to stop representing HKU, as the act stood against the firm's mission to make a "positive difference in the lives of others."

As the deadline approaches, students and residents flocked to the sculpture to take close-up pictures of the faces, some mid-scream, as efforts were underway to create 3-D models of the memorial. 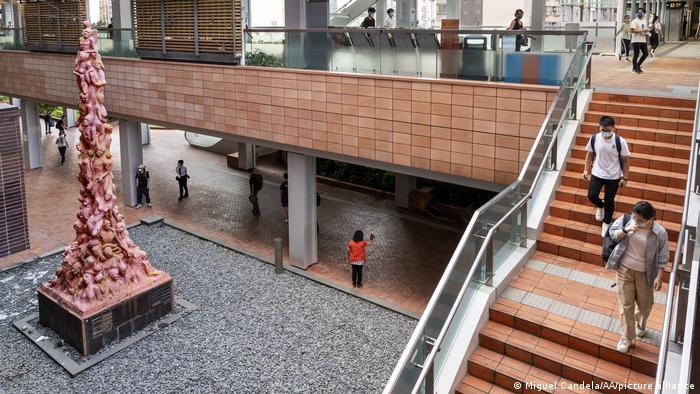 The artist, who has given his consent for making smaller models, said he would have preferred the statue remained in Hong Kong, even if it was destroyed by authorities.

"These pieces may be used to make some symbolic manifestation that 'Empires pass away — but art persists,'" the artist said, referring to small pieces of the original work.