Following massive recalls of vehicles equipped with unsafe airbags, Honda has said it would replace its president of six years. The automaker is trying to clean up its image after a fiasco involving explosive airbags. 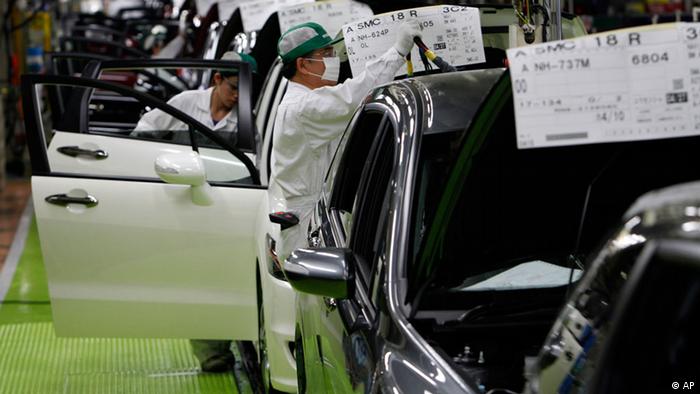 Honda unexpectedly announced the departure of its president on Monday as Japan's No. 3 automaker struggles to repair its reputation following a massive airbag scandal that left five people dead and thousands more injured.

The company said its current president, 61-year-old Takanobu Ito, would vacate his post after a shareholders' meeting in June. His successor, Takahiro Hachigo, 55, is a managing director who has coordinated Honda's business in the United States, Europe and China during his 33 years with the company.

At a press conference in Tokyo, no mention was made of the airbag scandal that has tarnished the company's reputation for safety and cut into its bottom line. Instead, the outgoing president said promoting a younger executive would augment Honda's global expansion strategy.

"I decided to hand the post over to Hachigo as I thought it would be a good time for the company to be united and take on new challenges under new and younger leadership," Ito said at a press conference in Tokyo.

The managerial shake-up follows extensive recalls of vehicles outfitted with airbags made by another Japanese company, Takata Corp. Those airbags had inflators that were prone to exploding and thousands of drivers and passengers were injured by the resulting shrapnel.

The US fined Honda $70 million (61.9 million euros) for not disclosing some 1,729 complaints it had received about the dangers of the explosive airbags. That fine was the largest ever penalty levied against a car company.

US regulators also said last week that Takata, the Tokyo-based airbag maker, would have to pay a five-figure sum for each day it failed to "fully cooperate" with an investigation into its faulty inflators.

As a result of the recalls, Honda lowered its annual earnings forecast after its fourth-quarter profit last year fell by 15 percent.