Homeopathy? Leave system as it is, decides Germany's Spahn

German statutory health insurance funds should continue funding homeopathy to the small extent they do currently, Health Minister Jens Spahn has said. A French plan to phase out the treatment by 2021 prompted the debate. 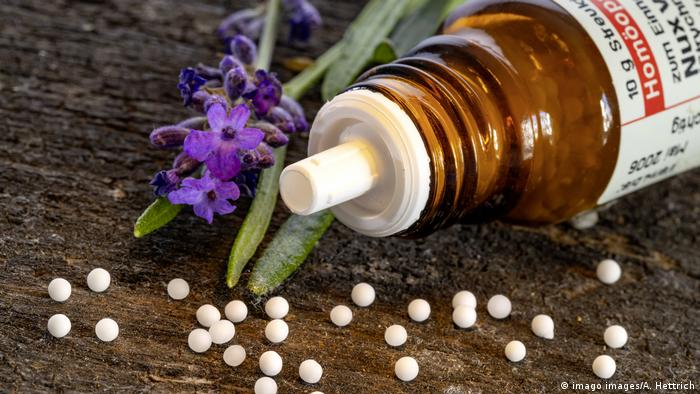 Spahn told a Berlin discussion panel he saw little point in forcing Germany's health funds to drop homeopathy, claiming that yearly they outlaid only €20 million ($22 million) euros for it compared to €40 billion for medicines as a whole.

"I have decided: it is okay how it is,” Spahn said, referring to homeopathy's current inclusion in "complementary" natural therapy tariffs offered by almost 70% of statutory health insurers to their clients also seeking osteopathy and acupuncture. 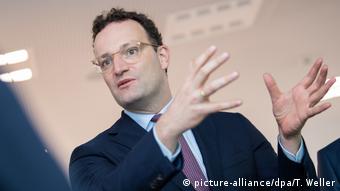 Homeopaths based their system on lengthy diagnoses of symptoms and highly diluted substances, claiming these trigger bodily and psychological healing.  Critics claim the solutions are so diluted that they have no medicinal effect.

Strongly opposed to homeopathy are the heads of Germany's Federal Association of Statutory Health Insurance Physicians [Kassenärztliche Bundesvereinigung], whose chairman Andreas Gassen wants a ban on funds paid out "for useless pseudo pills.”

Gassen told the Neue Osnabrücker Zeitung newspaper recently that parliament should no longer allow Germany's system to be "misused"” by homeopathy while parents of children with cancer "had to struggle" to get refunds for their medications.

Homeopathic remedies were not included in Germany's committee-endorsed catalog of funded medicines, said Gassen, but insurers kept the "back doors" open to patients fearing that otherwise they would lose them.

France to stop refunds by 2021

In July, French Health Minister Agnes Buzyn announced that reimbursements for homeopathic treatments would be reduced and then stopped completely by 2021. 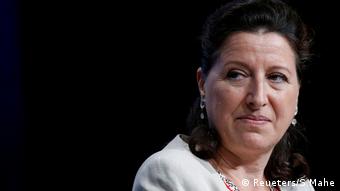 Buzyn to end refunds for homeopathy by 2021

She cited a national French health authority report whose authors concluded that the method had "not scientifically demonstrated sufficient effectiveness to justify a reimbursement."

Michaela Geigner, chair of the German Central Association of Homeopathic Physicians last week warned a ban as sought by Gassen would lead to a "monoculture," adding that she preferred Switzerland's system since 2017 of fully refunding natural therapies.

In the Swiss context the efficacy of homeopathic remedies had been scientifically examined; in the case of France not, asserted Geigner.

Germany has a competitive system of statutory insurers, with elected assemblies and funded 50-50 by employers and employees, as well private health insurers.

"Complementary medicine is an important supplement to conventional medicine," she told Germany's DPA news agency, adding that everybody profited from a varied health system.

Opposition liberal Free Democrat health expert Christine Aschenberg-Dugnus warned against using homeopathy as a marketing ploy, saying those who still wanted it should get it on a "self-payer basis."