Homeless women demand protection in Indian capital | Asia| An in-depth look at news from across the continent | DW | 16.08.2013

Homeless women and children are most vulnerable on the streets of the Indian capital, where many of them are subjected to severe abuse and violence. Authorities have done little to alleviate their suffering. 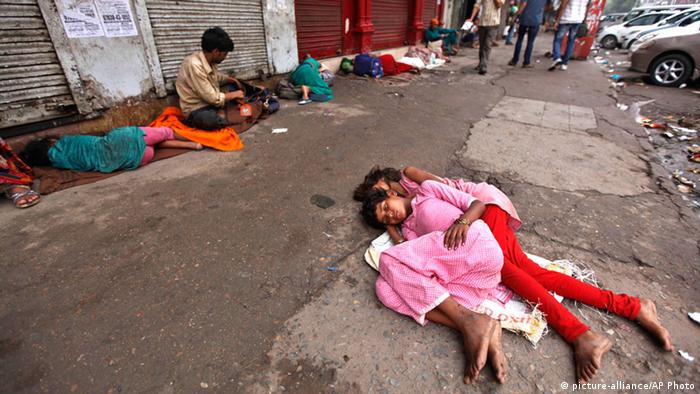 It has been a grueling fight for survival almost everyday for Shardha Sharma, a destitute homeless woman in her mid-30s. Shardha, who has made the unfriendly streets of Delhi her home for nearly 16 years, claims she is lucky to be alive.

"I have been kicked, abused, tortured ... all possible humiliation has been heaped on me and nobody has come to my help. All responsible authorities turn a blind eye," Shardha tells DW. She points to an eight-inch scar on her stomach that she sustained while battling a mugger who knifed her while trying to steal her meager possessions a couple of years ago. 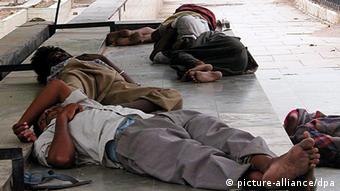 New Delhi shelters can only house around 9,000 homeless people

Like Shardha, Kusum, another homeless woman who has four children, has faced all forms of abuse from the police and hoodlums who don't allow to her to live in peace. She came to Delhi almost a decade ago from the northeastern state of Assam in search of a job.

"It has been a living hell. Every night I sleep in fear, not knowing who will trample my body and dignity. I fear for my children even more," Kusum tells DW.

Many of the horrendous stories told by the homeless women are strikingly similar.

Thousands of women in Delhi who are homeless, anonymous and face humiliation on a daily basis, have come together to present their testimonies in a singular platform provided by the Shahri Adhikar Manch Begharon ke Saath, an organization fighting for the homeless this week.

Statistics provided by the Delhi government reveal that there around 150,000 homeless people. Shelters in the city can only house a maximum of 9,000. Of this, 10,000 homeless women on Delhi's streets have only five shelters to rely on across the city. They battle not only the elements of the weather but also with repeated sexual and social abuse. 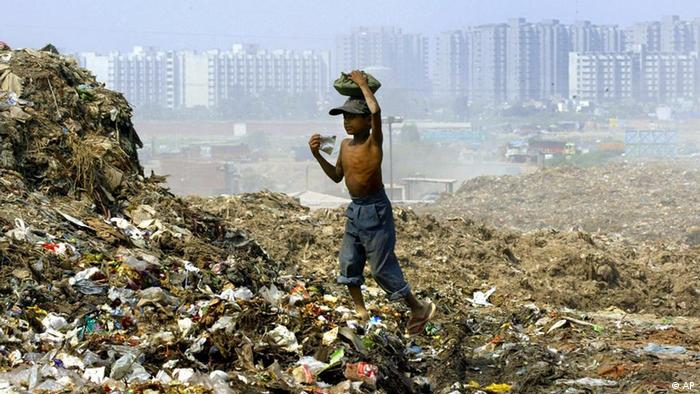 Vulnerability to gender-based violence is compounded when there is a severe lack of public toilets and safe and secure spaces for them to bathe. Women thrown to the streets by violent spouses and female children who escape abuse are subjected to even more insecurities and violence on the streets.

"The phenomenon of homelessness is one of the worst forms of urban poverty and social vulnerability, a glaring indicator of the failure of governance and the state's commitment to a welfare state," Amita Joseph told DW. She has been working in the legal and development sectors over two decades.

Besides the indignities of violence they face, many homeless women and their families also suffer malnourishment and hunger. In certain localities of the city, some pointed out that local police only allow them to cook at night, which has significantly limited their food intake.

"If we try to prepare a meal during the day, police throw away our utensils and food items," Beena, a 60-year-old woman told DW.

According to the many testimonies, all homeless women suffer numerous forms of abuse, gender-based violence and discrimination. But there are also certain groups among homeless women who are even more vulnerable. These include women with disabilities and mental health problems, single women and women living with HIV/AIDS. 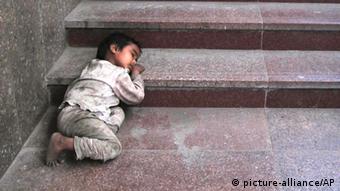 Homeless children and women are most vulnerable to abuse and violence

"We have been constantly highlighting their plight. But the government seems unmoved and not willing to step in. After all, they are our city's home makers. They do all kinds of jobs to service the capital and homes here," Indu Prakash Singh of the Indo-Global Social Service Society (IGSSS), a voluntary organization, which works for the homeless people, told DW.

On its part, the Delhi government said it was doing its best to rehabilitate the homeless.

"We are doing our best to help them. But the problem of migration to Delhi is increasing every month," a senior government official told DW on conditions of anonymity.

Figures indicate that urban India now has over 940,000 homeless people, a significant increase from 2001 census figures. The increase has caused urban homeless numbers to exceed that of rural homeless populations. But activists feel that the predicament in the capital is turning from bad to worse.

What do you think could be done to alleviate the suffering of homeless women and children? Join the discussion on Facebook!

Indians worry what the next cold snap will bring

Thousand of homeless people fend for themselves in the Indian capital as winter closes in. An investigation by rights groups shows an alarming increase in number of deaths each year. (20.11.2012)

Eight years ago, India declared leprosy an eliminated disease. But experts who counter the claim say the official figures are faulty, and that the number of leprosy cases is actually on the rise. (30.01.2013)