Hollande: Muslims are 'victims of fanaticism'

French President Francois Hollande has vowed that France will protect all religions. In a speech at the Arab World Institute, he said that Muslims are the main victims of fanaticism. 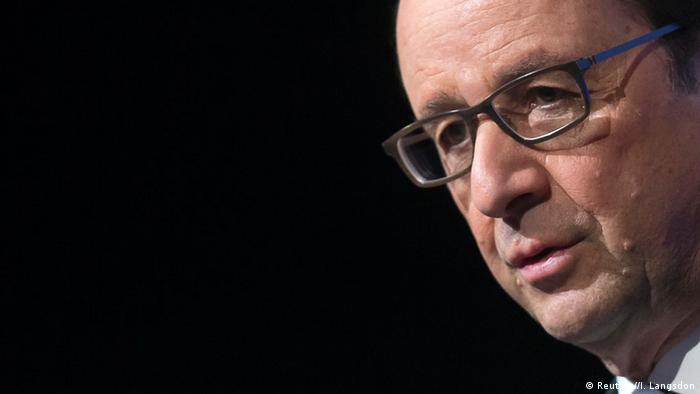 Speaking on Thursday, Francois Hollande said that Islam was compatible with democracy and thanked the Arab community for its solidarity in the wake of last week's fatal attacks which left 17 people dead.

The shootings at a Jewish supermarket and the offices of French satirical magazine, Charlie Hebdo have been claimed by the Yemen branch of al Qaeda.

Earlier on Thursday morning, Hollande said that France, which is a secular state, was united in the face of terror.

"French Muslims have the same rights as all other French people," Hollande said.

"We have the obligation to protect them. The law must be firmly enforced in places of worship such as churches, mosques, and synagogues," he said, adding that anti-Muslim and anti-Semitic acts have to be "condemned and punished."

"It is Muslims who are the first victims of fanaticism, fundamentalism and intolerance," Hollande said.

German Chancellor Angela Merkel reiterated Hollande's sentiment of solidarity on Thursday as she addressed the Bundestag. Like her French counterpart, Merkel also vowed to protect the Muslim community, saying that Islam belonged to Germany as much as Judaism and Christianity.

She did, however, add that there was an urgent need for the Islamic clergy to clarify issues such as was why terrorists link their deeds to their faith.

On Sunday, Merkel and Hollande stood together in unity with 48 other leading politicians and over 3 million people on the streets of Paris in remembrance of those who lost their lives last week.