The number of officially registered job seekers in Spain has fallen below 5 million. Due to the start of the holiday season, the country's jobs crisis has eased a bit, but is far from ending the labor market gloom. 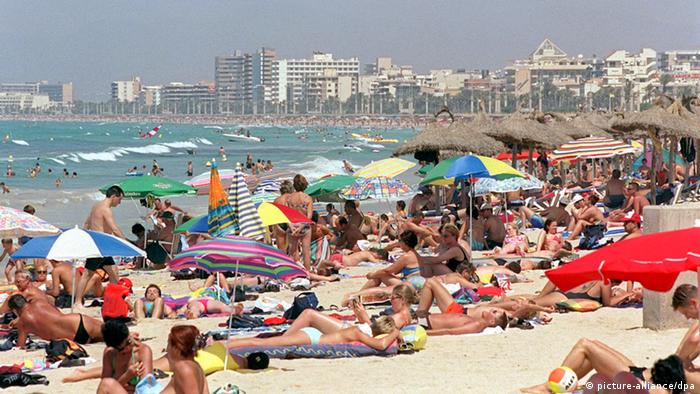 In April, nominal unemployment in recession-hit Spain dropped 0.9 percent to 4.99 million people, according to latest figures released by the Spanish Labor Ministry Monday.

It was the second consecutive monthly drop, the ministry said, but jobless numbers were still 5.2 percent higher than in the same month a year ago.

The slight improvement in Spain's jobs crisis was primarily due to a pick-up in hiring by restaurants and hotels in the beginning holiday season, analysts said, and didn't mark a turnaround. Evidence of that was that the jobless figure adjusted for such seasonal factors actually increased by 17.700 the data showed.

Figures released Monday by Spain's statistics body INI, which uses a wider calculation method, also failed to show a major improvement. Counting official and unofficial unemployment, some 6.2 million people were unemployed in Spain in the first quarter – a rate of 27.2 percent.

Spring hiring in Spain was expected to just briefly dent rampant unemployment as, the country's economy is expected to shrink by 1.5 percent this year worsening the jobs crisis, the European Commission said in a recent report.

In the opinion of the EU Commission, the crisis-hit eurozone will remain stuck in recession this year. The slump is even set to worsen as the EU's executive arm forecasts a bigger rate of economic contraction. (03.05.2013)

The 17-member eurozone has increased efforts to rein in public debt, but many member countries have failed to meet deficit targets. European statisticians said France and Spain posted alarming figures for last year. (22.04.2013)