The latest news about HIV and AIDS is good news for Africa. Infection rates are declining in some of the countries that have been hit worst by the epidemic. 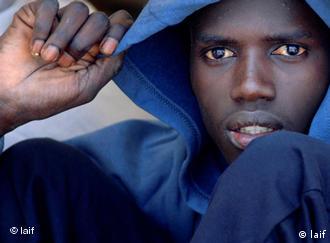 However, these rates are still higher than anywhere else in the world. Almost 70 percent of all HIV-infected persons worldwide live in Africa.
According to the United Nations, almost 2 million Africans contract the virus every year. Public awareness campaigns are underway in many countries – but myths about HIV and AIDS die hard. For example, some men still insist that they can protect themselves by taking hot showers after intercourse.

One of the goals of the Learning by Ear project is to put an end to the lack of knowledge about HIV and AIDS. Our shows take a look at the risks of contracting HIV and how to prevent it. They will provide listeners with insightful information on how to live with HIV and how to live with people who are infected. But anyone expecting on-air theoretical lessons will be surprised – Learning by Ear is both informative and entertaining.

Learning by Ear is supported by Germany’s Federal Foreign Office.

Read what other people think about the Serie "HIV/Aids - Preventing the Scourge" on the next page.

"The program about HIV/AIDS really opened my eyes to how we live, how we treat girls and the problems that can crop up when we cheat on them sometimes. And the traps that girls can sometimes fall into. I don’t think it’s good that it is already considered normal. The actors in Learning by Ear have great voices – it’s almost like watching a film. I hope that there will be programs in the future that directly tackle the problems faced by young people here in Kenya."

"I would like to congratulate the author of the series on HIV/AIDS because it really gets to the heart of our society’s problems. Even though condoms are now being handed out en masse to prevent pregnancies and illnesses, people still aren’t using them. I believe that many people are learning from this radio play and benefit from what they hear."

"Whenever I listen to Deutsche Welle and in particular this new program for young people, I always think about how I can change my behavior to protect myself from HIV. And now I can inform others who do not know about HIV/AIDS. This gives them the knowledge to protect themselves against this dangerous disease that is still killing people throughout the world - and especially in Africa."

"First of all I want to thank Deutsche Welle for the hard work of preparing youth programs of Learning by Ear in order to teach youth about HIV-Aids. This program helps me also to get more ideas about HIV and how to protect myself against the disease. I am sure that any boy and any girl who listens to this program will be able to protect themselves from this disease."

"When I listen to the Learning by Ear serie HIV-Aids I am able to give other youths information about this killer disease known as HIV-Aids, because this disease is killing many youths. Therefore I am taking this opportunity to educate my fellow youths in order to avoid the disease."

"I really like the radio dramas, especially the one about the young girl Angela. These sorts of things also happen here in Guinea-Bissau. Mothers are scared about talking to their daughters about sexuality. They learn about sex on the street and are accordingly ill -informed. I believe that good information is one way of fighting AIDS – and that is what you are doing. Thank you for your work; it is not going unnoticed."