Hispaniola hopes to heal wounds of the past | World| Breaking news and perspectives from around the globe | DW | 09.10.2012

Hispaniola hopes to heal wounds of the past

Hispaniola is an island divided in many ways and the two countries that share it, Haiti and the Dominican Republic, have had an uneasy past. Both sides hope to improve ties on the anniversary of a forgotten genocide. 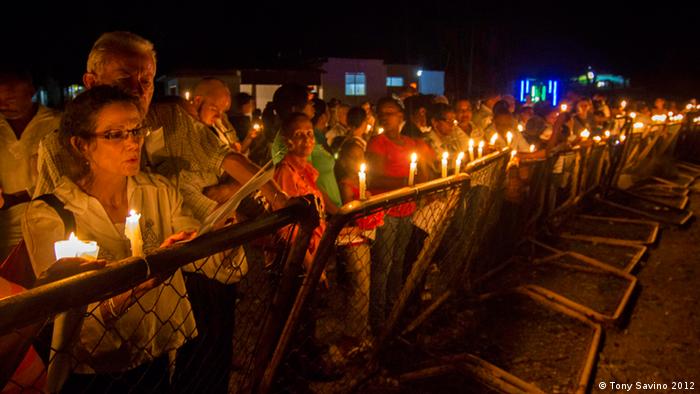 Seventy-five years ago, in October 1937, it's estimated that up to 20,000 Haitians living in the Dominican Republic were murdered on the orders of the dictator Rafael Trujillo.

Against the backdrop of the Great Depression of the 30's, thousands of people from Haiti lived across the border cutting sugar cane as cheap labour; but as the economy in the Dominican Republic deteriorated, immigration became a problem and the solution was to rid the Latin American country of its black population.

A simple test was devised to check nationality. The secret police would ask dark- skinned people in villages on the border to pronounce the word 'perejil,' parsley in English. French or Haitian Kreyòl speakers find it difficult to correctly say the word and would lisp the R. It was an error that meant life or death.

Machetes, clubs and bayonets were used on men, women and children. Thousands including Dominicans of Haitian descent were either killed or fled in the events that became known as the "Parsley Massacre."

Nowadays the border remains porous as thousands cross at the bridge between the town of Dajabón and Ouanaminthe on the Haitian side on market days. It's like walking through a sea of people as bikes and laden traders push their way through. Many others wade across the Río Massacre - the river got its name from an earlier atrocity during the colonial period but the irony isn't lost on many.

Locals here are bilingual speaking Spanish and Kreyòl, and the shop signs are also in both languages. The Haitians love the sound of merengue and the Dominicans have a taste for Prestige beer from Port au Prince. 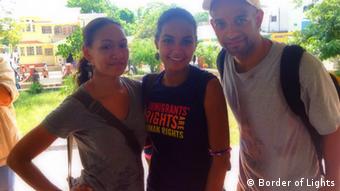 The Border of Lights organizers.

"We have more in common than differences; Trujillo tried to rid the Dominican Republic of its Haitian roots but our cultures and lifestyle are very similar. The French, the Spanish, the Africans… it's a shared history. We're trying to change the mentality that Dominicans and Haitians are that different," Lesly Manigat, a Haitian Doctor living in the Dominican town of Santiago, told DW. He's part of the group Border of Lights that has been marking the event using art, poetry and social action to change attitudes.

On the anniversary, a candle light vigil was held and as locals on the Dominican side of the border walked over the bridge, voices could be heard from the Haitian side shouting statements of peace and unity as they let lit candles float downstream.

"For all of the tragedy and horrible things that happened, it's been great to see people in the Dominican Republic say that these people are our neighbors, our brothers and sisters. We hope to change from a border of tension to a border of light, a place of peace," Cynthia Carrion, one of the organizers, told DW.

But the attitudes of the past still haunt both countries. It's been claimed that well over a million illegal Haitian migrants live in the Dominican Republic, and in Dajabón, people smuggling is rife. The anti Haitian sentiment fostered by Trujillo still exists.

Caught up in the past

In the last few days it's claimed a Haitian worker in a town close by killed a Dominican. People living there ordered that the Haitians community had to leave within 24 hours as passions flared. 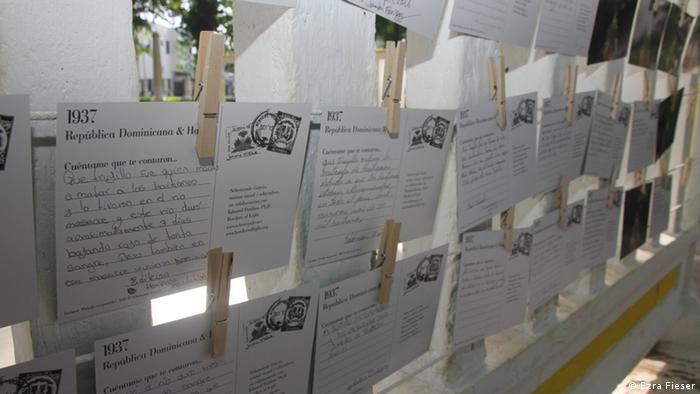 Many people sent in postcards to describe their feelings about the genocide.

"We were an installation where people could write postcards about the genocide, most were positive but some said it was a Haitian invasion and the President had to act and that same thing is happening again. It's like 1937 could have been a month ago that crystallized why we're doing this work," said Cynthia Carrion.

"The issue now isn't of being anti-Haitian; in the Dominican Republic the issue is about migration like the US and parts of Europe. For 400 years of the frontier the interaction between people here has been collaborative - Dominicans now are questioning what it means to be Dominican," according to Edward Paulino, a Dominican American member of Border of Lights. "We don't commemorate it. It's not like Germany where people accept the role their country played in a horrific act regardless of their age. There's been no cleansing like Mandela and the Truth and Reconciliation Committee in South Africa."

Sady Diaz, one of the volunteers, nevertheless hopes that this signals a start. "We did a park clean up on the Haitian side. One of the volunteers was in the early 20's and couldn't believe we'd help his community and that we'd come to beautify the place. Nobody helps us, nobody remembers us, and it hit me that this was a first."

Border of lights will be bringing together both communities later in the month to paint murals along the border, a lasting tribute to those who died.

It's been two years since Haiti was devastated by a massive earthquake in which over 200,000 people were killed. Germans donated some 230 million euros in the wake of the disaster - what has become of this money? (12.01.2012)

Following the earthquake in January 2010, billions were pledged to Haiti. But by now, donor countries have shifted their attention to coping with other crises - and aid projects in Haiti face an uncertain future. (22.04.2011)