The economic crisis has trapped many in Russia's small business sector with debt. But state corruption means few small and medium-sized businesses have an incentive to grow. 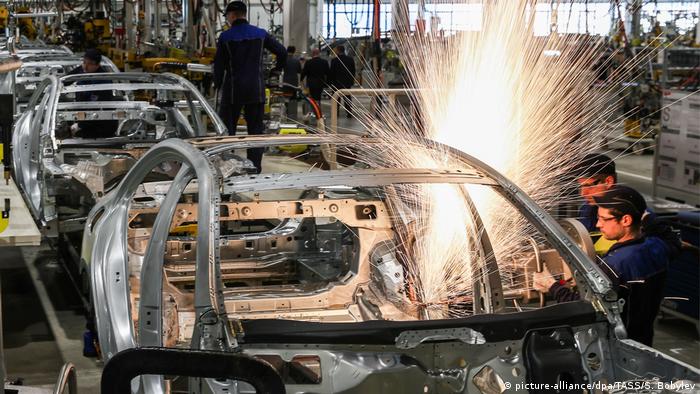 Russian companies are reeling from the impact of the pandemic

Under his National Projects scheme, Russian President Vladimir Putin set an official target for small- and medium-sized businesses (SMEs) to contribute one-third of Russia's GDP by 2024, when he has said he will exit the presidency.

Small businesses have long made up a meager fifth of Russia's GDP, and that figure has fallen since the pandemic started last year.

"Watch what Putin does rather than what he says," Nigel Gould-Davies, senior fellow for Russia and Eurasia at the International Institute for Strategic Studies (IISS), told DW.

For a lot of SMEs, corruption is a big problem, he adds. "They are in effect disincentivized from becoming bigger. Once they get on the radar, they often become the targets for what is effectively state robbery," Gould-Davies says.

Yuval Weber, Bren chair for Russian Military and Political Strategy at the US Marine Corps University, agrees. "A key inhibition to growth from small to medium, and from medium to large enterprises, is the necessity for entrepreneurs to bring in individuals from the government and intelligence services to 'help manage' the growth appropriately."

The end of SME growth has also meant the gap between state-owned, Kremlin-connected firms and small business owners has widened during the pandemic. Profits are down about 40% among the 55,000 corporations analyzed by statistics office Rosstat, while ratings agency Fitch predicts a fall of 8% at the 62 businesses — the country's largest — it follows.

There are now warnings about zombie borrowers — propped up by cheap cash, with one in every four businesses kept afloat by a moratorium introduced last April to allow firms to suspend bankruptcy proceedings until this February. A study by the Center for Strategic Research estimates that the number of small businesses classified as debtors was up almost two-thirds in 2020 and that many are turning to high-interest loans.

During the pandemic, the Kremlin did not use its large reserves to support SMEs. Russia's sovereign wealth fund holds $170 billion (€145 billion), or about one-third of the nation's total international reserves.

In the US, compensation packages were 12.4% of GDP, in the eurozone 15% and in Japan 20% in 2020. In Russia the overall stimulus package was between 2% and 3%. The Russian stimulus included a small pool of money earmarked for direct payments to individuals: 325 billion rubles ($4.3 billion, €3.8 billion) for families with children, up to 100 billion as special unemployment benefits, 90 billion to doctors and nurses treating COVID-19 patients, and around 80 billion to SMEs. 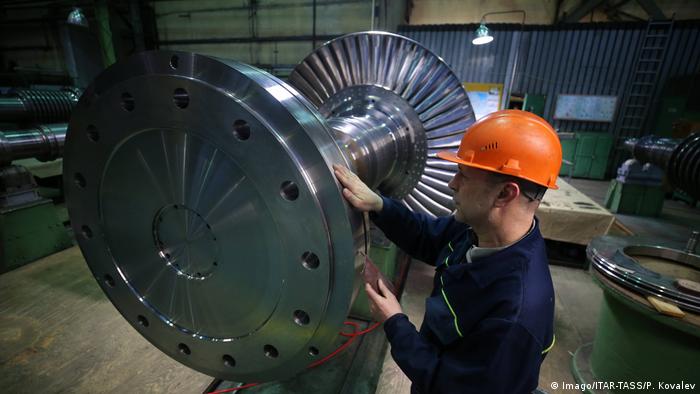 Russia's overreliance on commodity revenues will have to change, with SMEs moving into focus

The government also postponed tax payments for SMEs, worth around 700 billion rubles, social security payments up to 450 billion rubles, as well as other fines and penalties. Regional authorities froze rents for shops and small offices, pushing landlords to reschedule rental payments.

When the government help ends, what next? Instead of government spending, Russia hopes its 145 million inhabitants will pull the economy out of recession through spending.

Indeed, the government also encouraged businesses and consumers to take new loans: Corporate debt rose 14% to the end of the third quarter of 2020, while indebtedness of private individuals rose by 9.8% and mortgage lending by almost 30%. So, while the Russian stimulus measures helped business save 2 trillion rubles, overall personal and corporate debt rose 7 trillion–8 trillion.

"All over the world, SMEs have found it hard during this crisis," Gould-Davies says. "But in Russia, the support package has been less generous than most."

Most post-Soviet growth in other countries has come from SMEs, but not in Russia, he adds. "SMEs have been chronically underdeveloped and given this is a political economy that remains resource extraction- and production-dependent, that is unlikely to change," he says.

"The limited reliance on SMEs has, ironically, meant the downturn in Russia is less bad than elsewhere," Elina Ribakova, deputy chief economist for the Institute of International Finance (IIF), told DW.

But others worry that Russia's fiscal conservatism will act as a "drag on growth," as the World Bank said in a recent report. The latest three-year government spending plan shows that Russia is set to return to the austerity that characterized the pre-coronavirus period.

Weber notes that having hundreds of billions of dollars, in addition to other convertible currencies and gold, is central to the Russian elite's notion of sovereignty. "Low fiscal reserves limited policy options for Mikhail Gorbachev in the last stretches of the Soviet Union and for Boris Yeltsin in the run-up to the 1998 default to the IMF following the Asian financial crisis," he says.

"Having significant reserves has seen the country through the 2008-09 global financial crisis and the double shock of the 2014-15 oil price crash and sanctions, prompting the Kremlin to boost its efforts at economic sovereignty through ruble devaluation and import substitution."

"A key fear for Putin," says Weber, "is that not having enough money at a moment when the US or the West makes a key foreign policy demand, which will put Putin in a terrible choice between maintaining financial stability and keeping his own political supporters happy versus his international image of a powerful Russia."

Gould-Davies agrees, suggesting Putin has been very consistent in his economically cautious policy since he came to power. "The 1998 humiliation tied to Russia's default is imprinted on his policy. It is in fact very unusual for an authoritarian regime like this to be not prone to populist spending to buy support. This is just the nature of the regime, and Putin's Fortress Russia outlook," Gould-Davies says.

"In the medium term, Russia needs to find new sources of productivity, and that could be the SMEs," Ribakova said. "For years Russia has relied on commodity revenues. But the major stumbling block is political. A change in incentives is needed to diversify the economy and reduce its dependence on commodities. The Kremlin simply hasn't figured out how the SME sector can be used effectively," Ribakova adds.

"And before you can cut the branches, you need to grow the tree."