Critics of a German road toll for foreigners have lashed out against the scheme as draft legislation on it saw its first reading in the national parliament. But the minister behind it defended it vigorously. 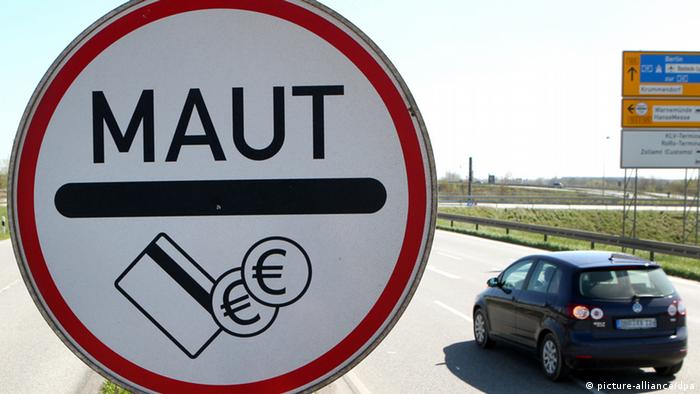 In a first debate about a proposed road toll on foreigners, opposition lawmakers on Thursday left out no opportunity to harshly criticize the plan of Transport Minister Alexander Dobrindt from the Christian Social Union (CSU), sister party of Chancellor Angela Merkel's Christian Democrats.

Dobrindt's draft legislation foresees implementing a toll on all foreign motorists using German roads, including the high-speed autobahn network, and is set to come into force at the start of 2016.

German drivers would not have to pay more under the scheme. They would pay the toll, but the cost would be offset by a cut in the road tax that car owners in the country currently have to pay.

No mincing of worlds

"The toll on foreigners is xenophobic, against the law and useless," opposition Green party floor leader Anton Hofreiter said, while Left Party transport expert Herbert Behrens agreed the toll "should be done away with, and the minister too."

The imposition of the toll was one of the most controversial parts of the agreement reached between Chancellor Merkel and her grand coalition partner, the Social Democrats. It has since also faced criticism from the European Commission, which has suggested introducing a Europe-wide toll to avoid any hint of anti-foreigner sentiments and to avoid drawn-out legal battles initiated by affected member states.

But German Transport Minister Dobrindt on Thursday defended his plan lock, stock and barrel, saying the toll is "fair, meaningful and just."

He insisted it would raise about 500 million euros ($560.8 million) in state revenues per year which would be directly used to improve road infrastructure across the country.