New volcanic fissures have opened up on Hawaii's Big Island, with the number of homes destroyed by lava jumping to 26. Some residents have briefly returned home to rescue pets and valuables. 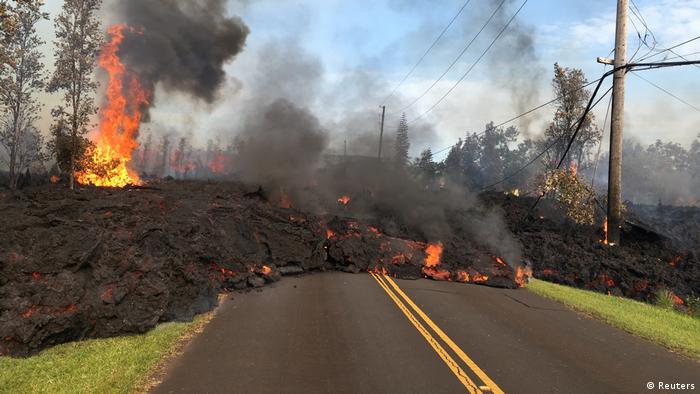 At least nine more homes were destroyed on Hawaii's Big Island on Sunday as two new lava-venting fissures opened near the Kilauea volcano,bringing the total number of fissures to 10.

Lava, toxic gases and steam have been bursting through volcanic cracks in the Leilani Estates subdivision since late Thursday. Scientists have reported lava spewing more than 200 feet (61 meters) into the air.

Surrounding the largest of the 10 fissures, lava has spread around 387,500 square feet (36,000 square meters), with a slow rate of movement.

According to officials, 26 residences have been lost to volcanic activity.

Hawaii County civil defense officials allowed some of at least 1,700 evacuated residents to briefly return to their homes within a 10-hour window on Sunday, giving them time to pick up pets and valuables, including documents and medicine.

In a brief statement, officials warned that sensitivity to toxic fumes was a "very individual thing."

"You must use your senses of smell and sight to determine safety," officials said, warning that "[u]nder no circumstances should children be allowed in [the] restricted area."

While evacuees were using the opportunity to go back to their homes, other residents in the area were clearing out their houses and moving further away from Kilauea.

Retreat owners Noah and Laura Dawn told The Associated Press that they were planning to relocate up the coast indefinitely.

"We're just removing all things of value to us and precious things because I have the feeling it could get real — real, real fast," Noah Dawn said. 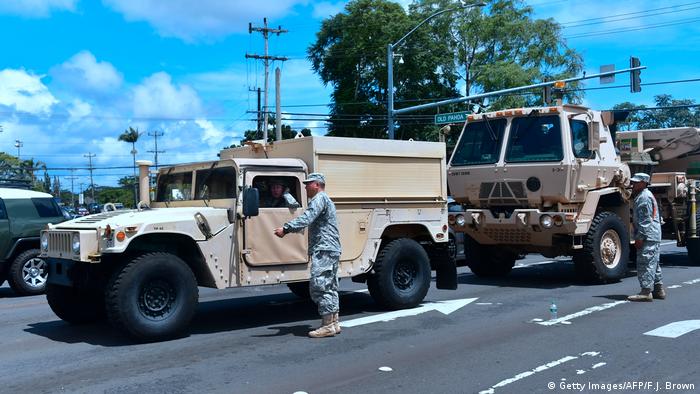 While Kilauea has been active for 35 years, the latest activity began when parts of its lava-filled crater started collapsing last Monday.  The island was then hit by a series of earthquakes, including a 6.9-magnitude tremor on Friday.

"There's more magma in the system to be erupted. As long as that supply is there, the eruption will continue," US Geological Survey volcanologist Wendy Stovall said Sunday, speaking with AP.