Has globalization passed its peak? | World | Breaking news and perspectives from around the globe | DW | 03.04.2022

Has globalization passed its peak?

First, the coronavirus crisis exposed cracks in our economic interdependency. Now, the war in Ukraine is blowing up commodity markets. These may be signposts on the road of deglobalization — which is reshaping our world. 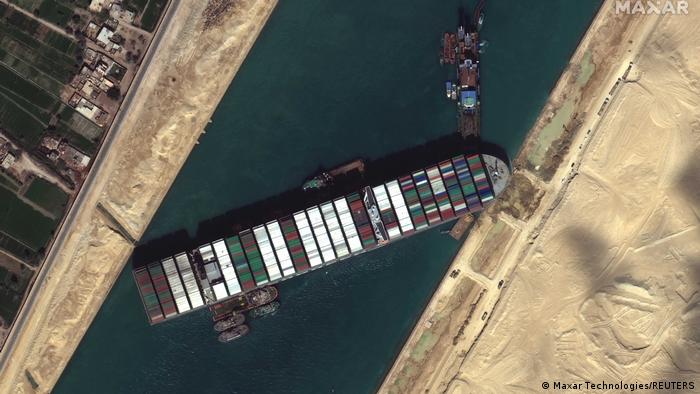 When the Ever Given got stuck in the Suez Canal, this gummed up global supply chains

Supply chain disruptions, surging costs, shortages — these daily realities could all be connected to a process known as deglobalization.

Some experts even see the war in Ukraine, combined with the pandemic, as marking a turning point toward a deglobalized era.

But what shape would this new world take?

A brief intro to globalization

Economic globalization is the integration of the world economy in terms of trade.

This process certainly has its share of advocates and critics. Globalization lifts people out of poverty and increases their standard of living, proponents proclaim. 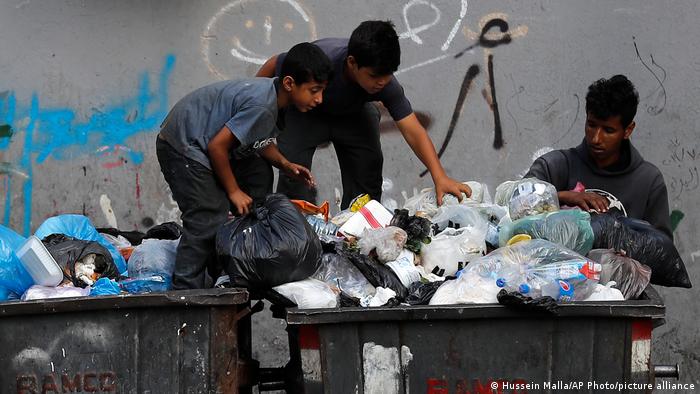 Extreme poverty declined from 1995 to 2020, but picked up once the pandemic began

Yet the rewards of economic globalization are not shared equally.

"Internationally as well as in industrialized societies, inequality has increased," confirms Andreas Wirsching, a history professor at LMU in Munich. Economic globalization has resulted in "many winners, but also many losers — that is undeniable."

Downsides of globalization also include social and ecological consequences, points out Cora Jungbluth, an economist and senior expert at Bertelsmann Stiftung, an institute in Germany. 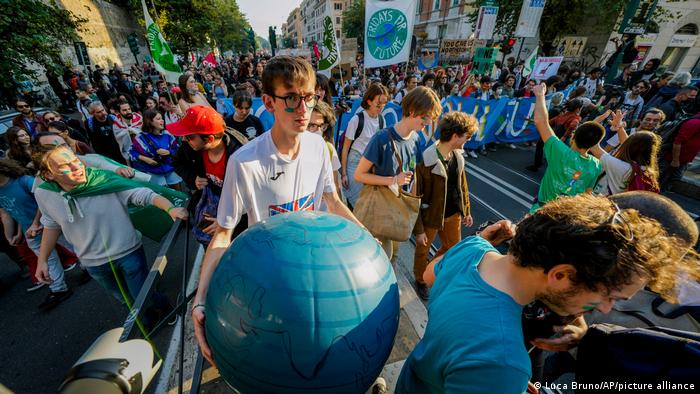 Critics of globalization warn over ecological impacts, labor rights and the growing gap between rich and poor

Globalization in retreat since the Great Recession

Just as globalization reflects a process of increasing economic interdependency, deglobalization then marks a retreat from global economic integration. And there are indications this has been happening for some time already.

A key measure of globalization — trade's share of global GDP — peaked in 2008 at the start of the Great Recession.

"The ratio of exports to GDP around the world rose pretty significantly in the 1990s and 2000s. But since the 2008 and 2009 financial crisis, those measures have been flat or down," explains Douglas Irwin, an economics professor at Dartmouth College in the US.

Irwin and other experts also note that this has been linked to populism and protectionist economic policies. But there are other major factors putting the brakes on globalization.

Then came the pandemic

Economically, the coronavirus crisis was infamous for supply chain disruptions. Who could forget the resulting shortages, price increases, hoarding — that moment when you got down to your last roll of toilet paper?

Such disruption spurred a fundamental change to the design of those supply chains, explains Megan Greene, an economist and senior fellow at Harvard Kennedy School.

"The pandemic shifted a trend away from just-in-time manufacturing more toward holding inventories," Greene says. She describes this newer contingency system as "global supply chain plus backup plans," so firms are not left in the lurch when there are global supply chain disruptions.

Within this "supply chain plus" model, Jungbluth adds that countries and companies have been considering shortening supply chains: "Maybe take them back home, keep production of key input and technologies closer to their production sites."

This results in more resiliency on the supply side — which is, in essence, a move away from globalization, with its focus on efficiency and cost-effectiveness.

And now the war in Ukraine

Consumers have felt the impacts of Russia's invasion of Ukraine, along with subsequent sanctions, above all in the energy and agricultural product sectors.

"We have a lack of necessary energy imports, because Europe needs fossil energy from Russia," says Thiess Petersen, an economist and colleague of Jungbluth at Bertelsmann Stiftung. "And the entire world needs agricultural products from Russia and Ukraine."

Russia and Ukraine are very significant global exporters of wheat and sunflower oil.

Irwin confirms that disruption of exports due to the war and sanctions is resulting in some price increases. "We've seen commodity prices going up quite a bit as a result of the war: wheat prices, oil prices (at least initially)." That drives up prices for consumers, which in turn fuels inflation.

On the flip side, sanctions against Russia are isolating that large economy from the rest of the world. 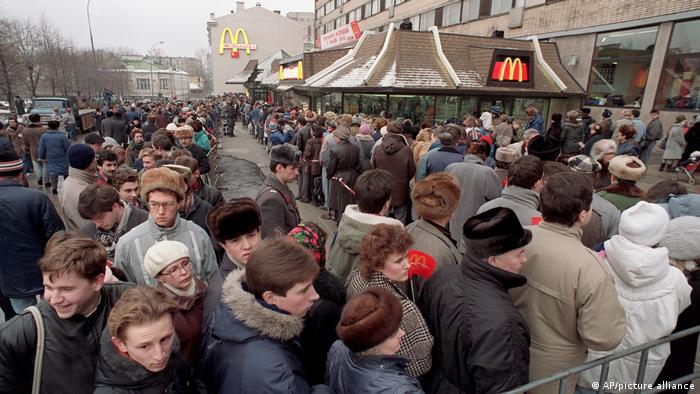 Economists see here not only a disintegration of interconnected markets, but also an unspooling of the progress that globalization has brought with it.

Shortages and high prices of basic foodstuffs resulting from the Russian invasion of Ukraine will be felt not only in high-income countries, but also in developing and emerging countries. For countries highly dependent on such imports of cheap flour and oil, this "may even lead to famine," Jungbluth adds.

End of the globalization era?

The Great Recession, ensuing tariff-oriented protectionism, supply chain restructuring due to the pandemic, disintegration of interlinked commodity markets because of the Ukraine war — Petersen concludes, "Maybe now we are at the beginning of a kind of deglobalization."

Economist Greene points out that there is no index to measure globalization. She challenges a prevailing narrative, promoted when the pandemic began, of increased onshoring, nearshoring and regionalization of global supply chains. This narrative is not backed up by many gauges of globalization, for example survey data.

"In the latest survey conducted by the Shanghai Chamber of Commerce, zero US firms said that they were going to onshore operations — that is, move out of China and come back to the US," Greene points out. 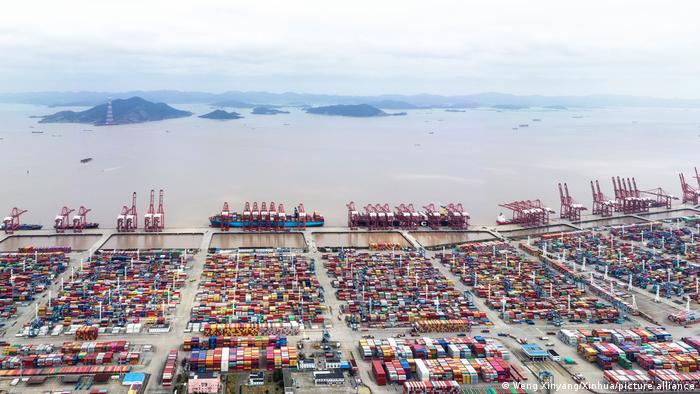 But even Greene concedes, "The peak of globalization is well behind us — I would say that we're seeing globalization progress much more slowly than we had before, but we're not in deglobalization territory yet."

Western sanctions against Russia and capital flight from China point to an overarching trend, Jungbluth believes. "In recent years, countries have been trying to reduce so-called critical dependencies, which can also lead to deglobalization."

Irwin draws parallels to the Cold War era, when "certain countries that were politically aligned also became more economically aligned, and not as integrated with others."

Jungbluth, Petersen and other economists believe the world is currently headed toward two distinct geopolitical economic blocs: one consisting of democratic, market-economy countries (the US, European Union, Japan, South Korea, Oceania, North and South America) and another bloc of autocratic states (China, Russia and their most important trading partners).

"What we've been seeing is a comeback of geopolitics, and these trends also lead to deglobalization — trying to reduce economic dependencies from less like-minded countries," Jungbluth says. 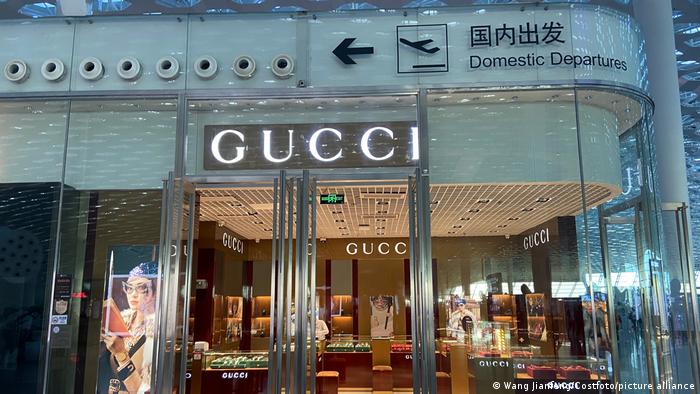 So far, only 'hot money,' or short-term investments, have reversed in China since Russia invaded Ukraine

"You can almost think of these two moments together: the 2020 pandemic, and now this war of aggression in 2022. We have the feeling, we have the impression as cohabitants here and now, that something is fundamentally changing."

"But how the various factors can be seen together, that will only become apparent later."