Life appreciation research seeks to answer one of our most daunting questions: What is the key to happiness? The results are surprising. 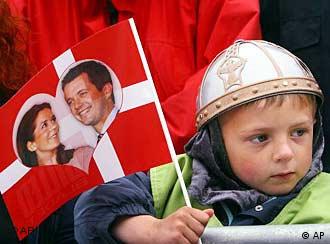 Danes are happier than most

Is there such a thing as true happiness? How can you achieve it? And once you've got it, how do you keep the good thing going? These are the questions that everyone asks themselves in the course of their lives -- including scientists, who have taken the inquiry one step further.

In the early 1980s, researchers opened up a new field of scientific research on the subjective appreciation of life. It's an interdisciplinary subject that not only integrates aspects of psychology and sociology, but also economics and environmental studies. Many universities even have institutes set up to do nothing more than find out what makes us smile and laugh out loud.

Feeling fine in the state of Denmark

Sociologist Ruut Veenhoven from the Erasmus University Rotterdam has been posing questions regarding human happiness since his early days in college. At the end of the 1990s, he launched the "World Database of Happiness" on the Internet. The portal is an ongoing register of current research findings in the field, accessible by all and full of open secrets. 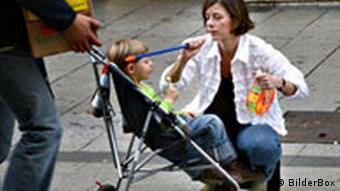 For working women, kids can be less than bliss

One of the findings is that the happiest people on earth live in Denmark. Asked to rank their satisfaction with life "on the whole" on a scale from 1 to 10, the Danes gave it an 8.2 on average. Down at the bottom of the list is Tanzania with 3.2. Germany is pushing the top guys with 7.2 happiness points on average.

Professor Veenhoven believes that the first step towards happiness in life is living in the right country. The second step is finding a partner. Statistics show that happiness booms right after marriage. Although that marital bliss will ebb out eventually, satisfaction levels never hit the depths that singles will see -- unless children enter the picture, that is.

Contrary to popular belief, the pitter-patter of little feet does not bring joy to our lives. Children actually make happiness statistics drop to oblivion, never to return to their previous levels again. 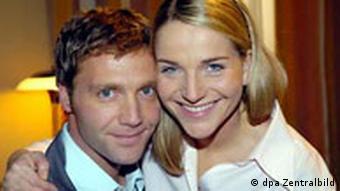 Couples are on the path to happiness

Veenhoven's analysis is sober: "Children have a constant negative effect on human happiness and the quality of marriage."

This dissatisfaction affects women who try to balance the dual burden of children and career the most. Parents may be consoled by the fact that the happiness curve goes up with age. When the stress of parenting and job begins to wane, those in their 50s and 60s will start to enjoy their lives again.

But who needs these statistics anyway? "Poor countries don't need happiness research," said Ruut Veenhoven. "The path to happiness there is pretty clear."

Instead, he said, it is the wealthy countries that have troubles, because there is no obvious reason for their citizens to be unhappy. Fifty percent of the problems there lie in the human psyche. In the best of all worlds, Veenhoven said, there would be no external reason for unhappiness. "If we lived in paradise, all of our problems would be purely psychological."

But what should rich, married, childless Danes do if they still aren't beaming all over?

"They should ask themselves a few questions," Veenhoven said. "'What is wrong with me? How is my psychological health? Have I chosen the right way of life? Can I make something better out of my life'?" Those who can't find the answers for themselves, he said, make their way to a psychologist for help.

But Veenhoven also admitted that some people have an easier time finding happiness than others. "You are born with the ability to be happy, just like being born with certain types of intelligence," he said. "However, it is impossible to tell how far that can go."

But is constant happiness the only path to a fulfilled life? The Irish writer George Bernard Shaw didn't think so. "A lifetime of happiness!" he wrote. "No man alive could bear it: it would be hell on earth." 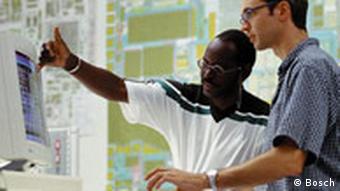 Whistle while you work

Veenhoven doesn't disagree. "In order to be really happy in life, we also need difficulties," he said. "Only in overcoming challenges do we maintain our physical and mental fitness, and that keeps us feeling good."

While every day may not be a challenge, humans need to stay busy to maintain happiness. Although research does not hold that a job is necessary to appreciate life, the findings show that some level of interesting and stimulating activity is a must.

The truth about happiness

Happiness research also does away with urban myths -- like the belief that happiness in the future depends on forgetting the past. Veenhoven said research findings on life satisfaction show the contrary. "The happiest people are not 'ego-defensive'," he said. "They do not romanticize their past or their mistakes, but face them."

Happiness research may be new as a scientific field, but the search for life's quintessence is hardly so. Nearly every writer and philosopher from every age can be quoted on the subject -- from Aristotle, who called the ability to live happily "an inward power of the soul," to the French writer Emile Zola. At the turn of the 19th century, he had an uncanny premonition of the academic field that would take people's inner-most desires and translate them into statistics and charts.

"Did science promise happiness? I do not believe it," Zola wrote. "It promised truth, and the question is to know if we will ever make happiness with truth."

The government's family report paints an unexpected picture of contemporary women. They're not working as much as they should but that's not because they're raising families -- they're just too busy enjoying themselves. (April 25, 2006)

The German Fear of Unemployment

Angst over the hovering specter of unemployment reached an all-time high last January as the number of unemployed climbed to over five million. Germany's neighbors have similar problems, but the fear seems less severe. (June 6, 2005)

Invasion of the Healthy Hedonists

Young people are no longer spending their Sundays nursing hangovers in front of the TV. They head out to their private allotments to tend to their vegetables. So when did that most suburban of activities become so hip? (June 15, 2005)

The World Database of Happiness

The register of the research on the subjective appreciation of life -- what makes us happy and why.