The Berliners were jeered off the pitch again by their supporters, as Jos Luhukay's men troubles seem to continue. Hannover, meanwhile, move into the heavy heights of fourth. 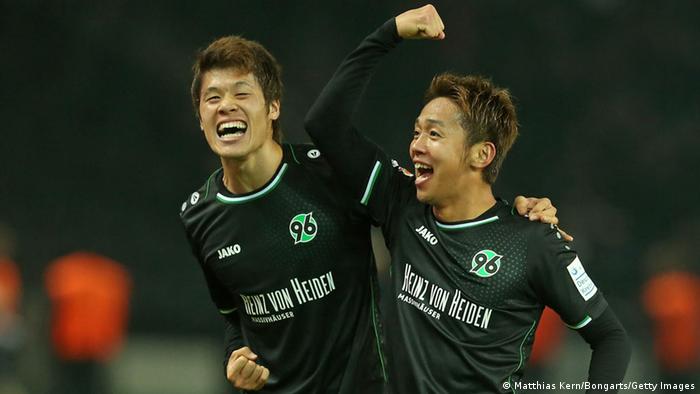 With the help of goals from Jimmy Briand and Hiroshi Kiyotake, Hannover leaped into the fourth Champions League position with a 2-0 win over Hertha Berlin.

In the 43rd minute, Frenchman Briand reacted quicker than Marvin Plattenhardt at a corner-kick and blasted in the only serious chance of a mundane first 45 minutes.

Hannover's Tayfun Korkut got to work at the break and a mere positional switch between Leonardo Bittencourt and Hiroshi Kiyotake sharpened his side's attacking threat. 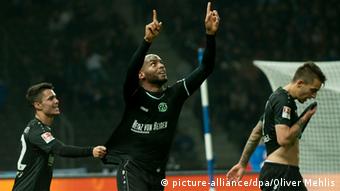 Jimmy Briand nets for Hannover in the first half

Kiyotake drifted freely, his awareness upsetting the norms for the Berliners, and the Japanese international would be the game's match-winner.

With 15 minutes left, Kiyotake was afforded acres of space on the right side of the box, he cut back inside to beat the sliding opponent and slotted into the corner of the net. That's the first defeat of the season for the Berliners when matches have taken place on Friday.

Here are two summarizing points for the home side and Hannover 96:

Concerns for the 'Old Lady'

The alarm bells must be ringing in the German capital.

Hertha, Germany's Old Lady, look to be on a permanent decline. How can they arrest what appears to be a constant state of apathy? Coach Jos Luhukay, and the team's supporters, berated their lack of enthusiasm and aggression after last week's defeat in Paderborn.

After returning to the league last summer, their first-half form was enough to avoid an immediate return. Since January, Hertha have picked up just 22 points from a possible 81 in the Bundesliga.

After a second defeat on the trot and with matches against Bayern, Gladbach and Dortmund before the winter shutdown, Hertha's prospects look bleak. A mid-table position might not appear threatening at the minute, but the teams below them are unlikely to be hanging around there come next May - i.e. Dortmund, Hamburg and Freiburg.

Methodical and aggressive - but Korkut has Hannover going forward: 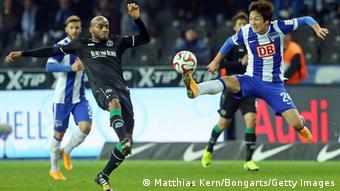 Hannover have managed 19 points this season

Rewind back to the summer transfer window. Hannover lost three prolific attacking players in the shape of Szabolcs Huszti, Mame Biram Diouf and Didier Ya Konan and many struggled to envision how Tayfun Korkut would manage to piece together a side that could finish above mid-table.

Some even tipped them for relegation this season.

But the 40-year-old has done a sterling job at Hannover, even if the Reds are hardly breathtaking on the eye: there's no quick-fire counterattack like under Mirko Slomka, nor a particularly sturdy defense with an average of one conceded per match in the league this season.

The key aspect is the team balance: there's an aggression, not so much in tackling, but in presence, attitude and when they're on the attack. The likes of Leonardo Bittencourt, the winger who was at Borussia Dortmund who drives at defenders with willingness and hunger to cause complete mayhem in the opposition ranks.

On the other side, the deftness and intelligence of Hiroshi Kiyotake has become growingly impressive by the match after a slow start following a miserable, confidence-draining season at relegated 1.FC Nürnberg.

Of course, when over 40 percent of last season's goals had gone out the exit door, Hannover's main addition for the front position had to be bang on - there was simply no room for error.

Joselu, 24, experienced with stints at Hoffenheim and Eintracht Frankfurt, cost around 5 million euros ($6.2 million) and has led the line superbly, winning challenges and bringing others into play.

There's still two-thirds of the season left - and enough time for Hannover to drop down the table - but the results so far under Korkut are encouraging for the Reds.