Handball, ref! How will the IFAB's new ruling affect the Bundesliga?

On Saturday, football's lawmakers are set to reword the rules governing handball, an issue which consistently causes controversy in the Bundesliga. DW looks at how the changes could affect German football. 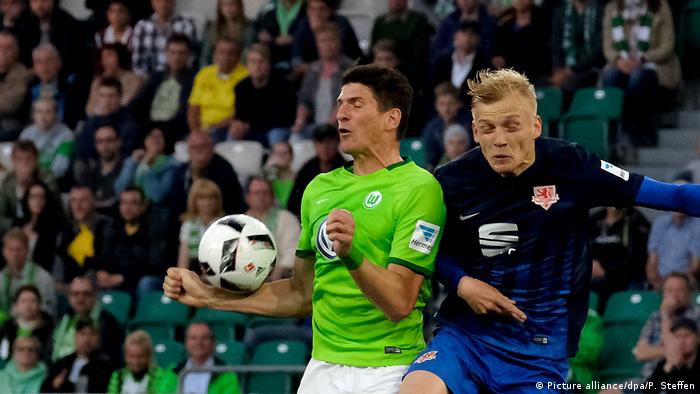 When it comes to claiming handball against their team, German football supporters are more efficient than their English counterparts. Twice as efficient, in fact, since the common German exclamation "HAND!" has half the syllables of "handball!"

But with decisions causing controversy on an almost weekly basis in the Bundesliga, there's nothing efficient about German refereeing when it comes to handball.

Was it deliberate? Unintentional? Was the hand in an unnatural position? Above the shoulder? Expanding the size of the body area? Add the video assistant referee (VAR) into the mix and it's no wonder that fans, players, coaches and officials alike are confused.

Which is why football's lawmakers at the International Football Association Board (IFAB) are set to rubber-stamp a new wording of the handball rule when they meet in Aberdeen, Scotland, on Saturday 2 March.

How does it work at the moment?

"Handling the ball involves a deliberate act of a player making contact with the ball with his hand or arm," according to Law 12 of FIFA's Laws of the Game, with the following taken into consideration:

-      the distance between the opponent and the ball (unexpected ball) 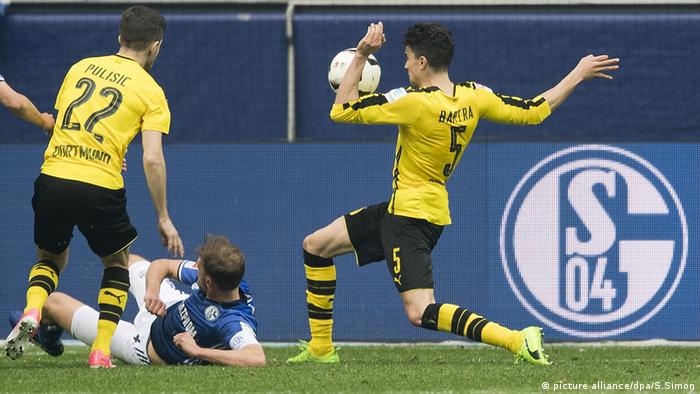 And what is going to change?

Key to the discussions at the Marcliffe Hotel and Spa in Aberdeen will be the definitions of "deliberate handball" and "unnatural arm position."

In future, any use of the hand which gives the offending player's team an advantage is to be penalized — whether deliberate or not. Should, for example, a defender's clearance ricochet back off a pressing attacker's hand at short range leading to a goal-scoring opportunity, the whistle would now be blown for handball.

Contrary to several media reports however, the word "deliberate" will not be completely erased from the rule book, as IFAB General Secretary Lukas Brud confirmed to SID on Friday. "There will still be room for interpretation [by the referee]," he previously told Kicker.

"The new text will clarify situations where players can expect contact with the arms to be penalized and where they can expect not to be penalized," said David Elleray, former Premier League referee and current technical director of IFAB, speaking to The Times. 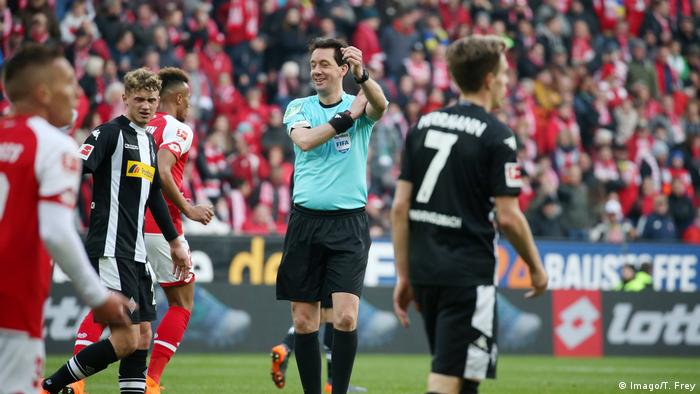 What do the Germans think?

The change in wording isn't likely to satisfy Hoffenheim coach Julian Nagelsmann, who believes that only deliberate handballs ought to be penalized.

"Sometimes there are situations in which a player has a knee-jerk reaction and automatically moves his arm towards the ball," he told Kicker. "That is what should be penalized, or when a defender intentionally handles the ball on the line. For anything else which isn't deliberate, the referee should wave play on."

Nagelsmann will however be happier with the changes to the interpretation of "unnatural arm position."

"Simply having arms increases the size of the body because they hang at your side," he reasoned. "That's just physically how it is — for all humans." His Mainz counterpart Sandro Schwarz agrees, saying: "One thing is clear: the most unnatural arm position of all is when players have to hide them behind their backs."

German FIFA referee Felix Brych believes that the introduction of VAR has fundamentally changed the way in which referees interpret what is deliberate and what is not and what constitutes an unnatural arm position.

"In the past, the referee could use his or her own intuition to decide on a handball," said the 43-year-old. "That meant that a handball would slip through the net every now again but now the video images are so clear that it's difficult not to base a decision on them."

Consequently, Brych believes that VAR has made handball decisions more likely. "The truth is no longer on the pitch but on the television," he said.

But whether on the terraces or from the sofa, one thing will never change: German fans will still be appealing for "HAND!" at every opportunity.