Lewis Hamilton will start from the front of the grid in his home Grand Prix on Sunday after he held off the challenge of Mercedes colleague Nico Rosberg with a spectacular final qualifying lap at Silverstone. 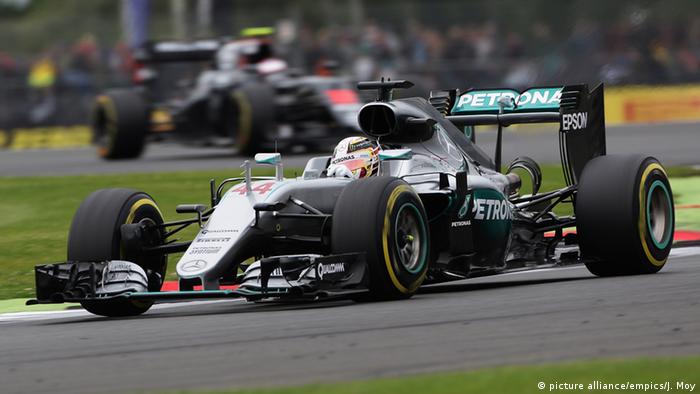 The defending three-time world champion, who had his first flying run in Q3 deleted because he ran off the track, outpaced Germany's Rosberg, who leads this year's championship, with a lap in one minute and 29.287 seconds on Saturday.

It was in-form Hamilton's fourth pole at the British Grand Prix, his sixth this season and the 55th of his career.

"I had touched the kerb and the car bottomed and that pulled me wide," Hamilton explained of his disqualified lap.

"So there was a lot of pressure on that last lap, and I just knew I couldn't let the guys - or the fans - down," added Hamilton, who is closing on the 11-point gap to Rosberg at the top of the championship.

Sebastian Vettel will have a lot to do if he's to make an impact at Silverstone. He'll start from 11th after taking a five-place penalty for a gearbox change.