If it had been clear from the beginning just how expensive Hamburg's Elbphilharmonic concert hall would become, no one would have agreed to build it. The project is turning into an embarrassment to the city. 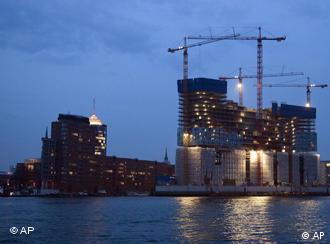 The Elbphilharmonie is currently expected to be completed in 2013

The new building of the Elbphilharmonie rises high above the old dock storage above the Hamburg harbor. The first pieces of the facade have already been attached and foretell how the bold design by Swiss architects Herzog and de Meuron will look one day.

The Elbphilharmonie is set to become a symbol with as much international power as the opera in Sydney or the Guggenheim museum in Bilbao. Yet the building's original construction costs have climbed from 77 million euros ($104 million) to 323.5 million euros. Now, the residents of Hamburg no longer see the construction site as a beacon of prestige but rather as a gigantic black hole for their tax money.

The opening of the concert hall had originally been slated for September 2010, but has since been postponed to 2013. The city may sue the construction company Hochtief for refusing to adhere to a binding construction deadline. 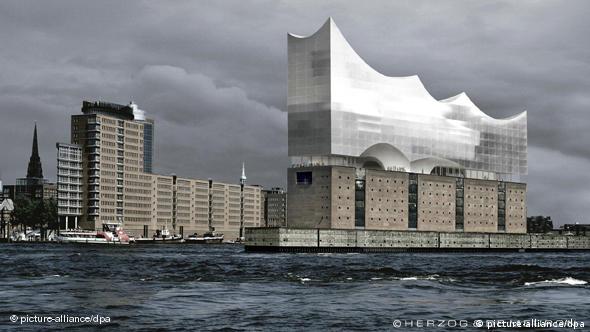 "We would like to understand this a bit better," said Heribert Leutner, the director of the association in charge of Hamburg city construction.

The only thing that is known, he said, is that the large concert hall - meant to be a one-of-a-kind steel structure - has become problematic for the construction company. But what exactly these problems might be remains unclear.

"So far, Hochtief has not given us any explanations as to why they are having such difficulties with the steel construction," Leutner said.

Does the communication between the builder and the construction company have to go through court? What's at stake is liability - and a lot of money, said Leutner. If Hochtief does not adhere to construction deadlines, the company will face heavy penalties. 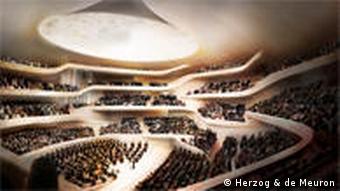 The Elbphilharmonie boasts a unique design

The Elbphilharmonie's large building site at the Hamburg harbor may cause another unpleasant surprise for the city and its taxpayers. With building costs expected to explode, Hamburg's SPD opposition party wants to set up an inquiry.

Christoph Lieben-Seutter, general manager of both the yet-to-be-built Elbphilharmonie and the Laeiszhalle, a century-old concert house in Hamburg, was the first to publically announce the delay of the opening. Hamburg's cultural officials chose to avoid the matter.

Negative press made it increasingly difficult to find financial sponsors for the construction project. Admittedly, reliable deadlines would make it easier to rent the new concert house, but "a project like this never ceases to be unique and sensational," said Lieben-Seutter.

It could have been cheaper

Lieben-Seutter is currently organizing a series entitled "Elbphilharmonie Concerts," which take place in the Laeizhalle and other venues. He conceded that a building as elaborate as the new Elbphilharmonie may not even be necessary in order to put on high-caliber musical performances like the ones he organizes. 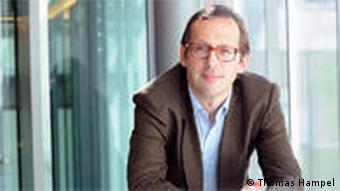 "The Elbphilharmonie has two identities," he said, "It is a concert hall and also an architectural landmark. But a good concert hall can be a lot less expensive and a lot more modest."

That makes it all the more disappointing that Hamburg's Elbphilharmonie has become a symbol of failed politics. In his work as director of the two concert houses, Lieben-Seutter is active in many projects that support children from socially disadvantaged city neighborhoods. It is those groups who may feel the loss of the money that has been thrown into the Elbphilharmonie.

Sparkling glass buildings encase the Rhine harbor in Cologne. But behind the modernity, promenades off the beaten path recall centuries past and the women who lived, loved - and even killed there. (03.04.2010)

Hamburg is a city of contrasts

There's the harbor and the famous red-light Reeperbahn district on one side and the waterfront villas of the rich on the other: Hamburg is full of contrasts and that's what makes it so popular with tourists. (23.03.2010)

Hamburg works with artists to save historic neighborhood

A group of artists are protesting the development of a historic neighborhood in Hamburg. They've occupied buildings and held rallies. But instead of sending in the police, the city is now trying to meet their demands. (06.12.2009)