Hamburg police set up ′danger zones′ to curb violence | Germany| News and in-depth reporting from Berlin and beyond | DW | 07.01.2014

After clashes over the eviction of a left-wing cultural center, Hamburg has established a so-called danger zone giving police the right to stop and search people. Critics warn it's an infringement of rights. 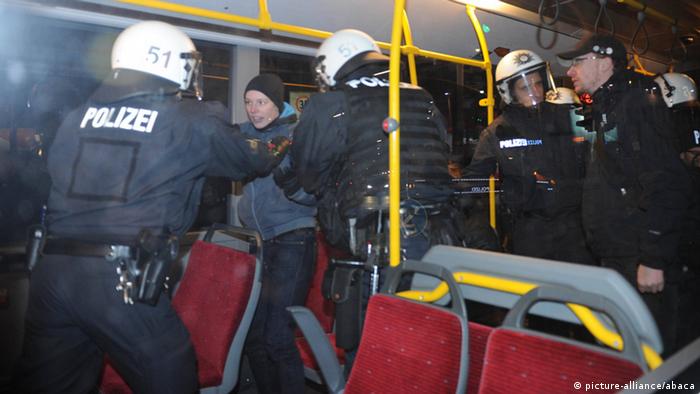 Batons, fireworks and black face masks - so far, that's all the Hamburg police has to show after checking more than 400 people on the approaches to the city's Sternschanze area. Since, Saturday, they've been acting under powers to stop, search and check papers in so-called danger zones given them by a 2005 order.

The police have so far stopped around 100 people from remaining in the area. There's been one arrest and 45 people were detained - most of them were on a "stroll through the danger zone" organized by activists on the Internet.

The trigger for the current unrest was the clashes during a December 21 demonstration by left-wing radicalsagainst the eviction of the Rote Flora cultural center. The center, in an anarchist squat, had existed for almost 25 years. Hundreds were injured in street violence following the demonstration. 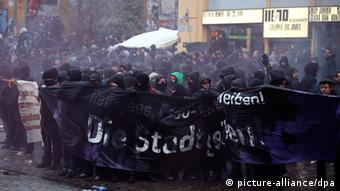 The clashes between police and protesters led to hundreds of injuries

The following weekend, a group of masked attackers severely injured three policemen at a local police station. According to media reports there were also attacks on the private homes of several politicians.

The city's governing Social Democrats as well as main opposition Christian Democrats both agree the establishment of temporary so-called "danger zones" makes sense. Opposition Greens and Liberal Free Democrats, though, have called for the decision to be examined in light of whether it's a disproportionate response.

Especially the Left party is opposed to the measure and wants to take the issue to court. Spokesperson Christiane Schneider said that "establishing a danger zone where tens of thousands of people live" was clearly going too far. 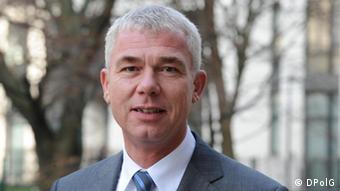 But many in the police see things differently. Joachim Lenders of the police union says he can understand that not everybody is happy with the situation, but insists it's a useful measure to curb violence in the area around the Rote Flora center.

Danger zones had worked very well in the past, he says, for instance when targeting the drugs scene in a park not far from Rote Flora. "An open drugs scene had developed there and it was identified as a crime hotspot, so we also established a danger zone there." Since then, the situation has much improved and the measure has been lifted, Lenders told DW.

For months, there've been three political issues brewing in Hamburg. Aside from the controversy as to whether to evict the Rote Flora center, there's also been anger over the clearing of several 1960s housing blocks to make way for new investments. The third issue is the deportation of refugees who'd come from Lampedusa. 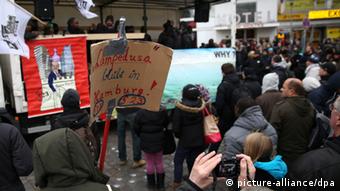 The police, Lenders explains, feel they have a duty towards the people living in the Rote Flora area: "There are many people living there who don't like the violence, arson and willful damage to property."

Many of the residents had been hoping for a peaceful coexistence with the squatters in Rote Flora but "they've have had it up to here with rowdies who have been travelling to Hamburg especially looking after confrontation with the police. They use opportunities like the May 1 demonstration or local festivals simply for violence and unrest."

Green party spokeswoman Antje Möller however thinks that dialogue should be favored over increased police presence. "It's only political dialogue that will help, not more powers for the police," she told German public radio. "I'm worried that this will lead to an escalation that none of us wants."

Across Germany, police have set up danger zones in urban areas in more than forty cases since 2005 - in most cases though only for a few hours during an event like a football match or a demonstration.

It's not clear how long the police will maintain the danger zone in Hamburg. In the past, such long-term danger zones have been used, not just in Hamburg, mostly to combat drugs crime. But Joachim Lenders of the Hamburg police says he has never seen such an extent of politically motivated violence in the past.

There have been scenes of violence in Hamburg as protesters vented their anger at plans to carry out evictions at a theater. The building, home to squatters, has become a popular rallying point for activists. (22.12.2013)